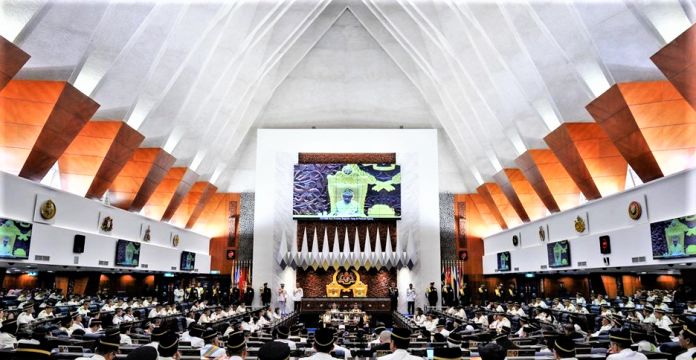 KUALA LUMPUR: The Dewan Rakyat sitting initially scheduled to begin on March 9 has been postponed to Monday, May 18.

Dewan Rakyat Speaker Tan Sri Mohamad Ariff Md Yusof said he has received the letter of notification calling for the sitting of the House of Representatives signed by Prime Minister Tan Sri Muhyiddin Yassin as the leader of the House.

“(The notice) informs that the government has decided that the First Meeting of the Third Term of the 14th Parliament which initially slated for Monday, March 9, has been postponed to Monday, May 18,” he said in a statement here today.

The Yang di-Pertuan Agong Al-Sultan Abdullah Ri’ayatuddin Al-Mustafa Billah Shah is expected to grace the opening ceremony on May 18 at 10 am.

The first meeting of the Dewan Rakyat will proceed for 15 days until June 23.

The statement also said that the House will have a break from May 26 to 28 in conjunction with Aidilfitri celebration on May 24 and 25, and for Hari Gawai celebration on June 1 and 2.

There will also be no sitting on June 8, which marks the birthday of the Yang di-Pertuan Agong.

Meanwhile, the Second Meeting of the Dewan Rakyat will proceed for 17 days from July 27 to Aug 27, with the tabling of the 12th Malaysia Plan set for Thursday, Aug 6.

There will be no sitting on June 30, as well as on Aug 19 and 20, in conjunction with Aidiladha and Awal Muharram celebrations.

Subsequently, the Third Meeting is scheduled to proceed for 36 days from Sept 28 to Nov 26.

The third meeting will also see the tabling of the 2021 Supply Bill by the finance minister at 4 pm on Friday, Oct 2.

There will be no Dewan Rakyat sitting on Oct 29 in conjunction with the Maulidur Rasul celebration.

Mohamad Ariff said the dates were set in accordance with the Standing Order 11(2) of the Dewan Rakyat.

He added that Dewan Rakyat Secretary Riduan Rahmat will follow up by issuing a notice for the meetings to all members of the House. – Bernama