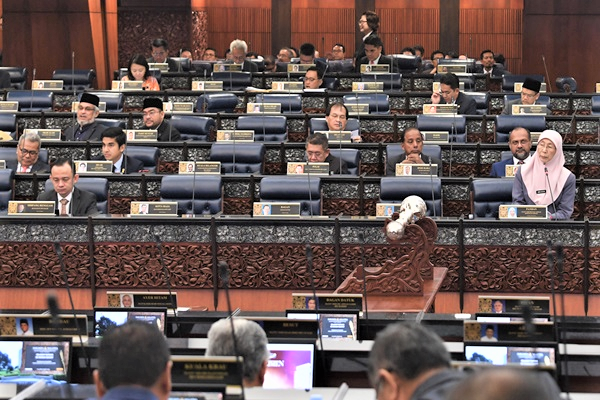 KUALA LUMPUR: The Dewan Rakyat today will be the focus of the nation as it will decide on the proposed amendments to the Federal Constitution to allow youths in the country to vote at the age of 18.

According to the Dewan Rakyat order papers, the Constitution (Amendment) Bill 2019 is expected to be tabled for the second reading by Prime Minister Tun Dr Mahathir Mohamad after the oral question-and-answer session before it is open for debate by the MPs.

Dr Mahathir had previously expressed his confidence that the constitutional amendments would have the support of two-thirds majority of the Dewan Rakyat, with the opposition having expressed commitment to support the amendments.

In addition to lowering the voting age from 21 to 18, the amendments also seek to lower the eligible age of electoral candidates to 18, and automatic voter registration by the Election Commission.

This is the second time that the Pakatan Harapan (PH) government is trying to amend the Federal Constitution after trying to restore the original status of Sabah and Sarawak as enshrined in the agreement the formation of Malaysia in 1963 on April 9.

However, it failed to get two-thirds majority support at the Dewan Rakyat as required.

Meanwhile, Minister in the Prime Minister’s Department Datuk Liew Vui Keong in an interview with Bernama said the amendments, if passed, would change the country’s political landscape.

“This is a significant step by the PH government to empower the youths and recognise the group by giving them the right to become voters,” he said.

The Dewan Rakyat sitting, to commence at 10am, is also expected to witness various issues debated and amongst the interesting ones is the question from Ahmad Fahmi Mohamed Fadzil (PH-Lembah Pantai) to the Prime Minister on whether the government intends to reintroduce the teaching and learning of Science and Mathematics in English. – Bernama

Do not regret later over stubbornness to ‘balik kampung’