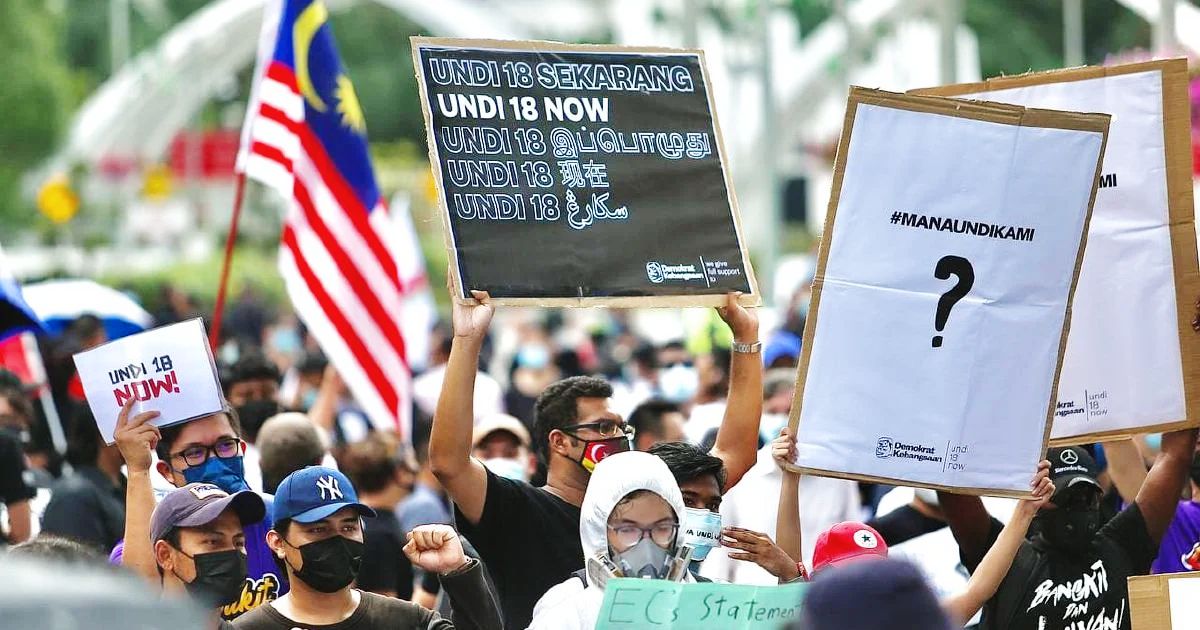 Did Undi18 produce a hung Parliament?

KUALA LUMPUR: Although most political observers predicted no coalition would get the majority they needed in last Saturday’s 15th general election (GE15) to form a government, not many of them guessed it will result in a hung Parliament.

Today, five days after GE15, as Malaysians await news on the appointment of the 10th prime minister, some quarters are pointing the finger at young voters for the role they played in causing Malaysia’s first such political impasse.

Out of the 21.1 million eligible voters in the country, about 1.3 million were first-time voters aged between 18 and 21 and, according to an analyst, GE15’s outcome clearly reflected their (young voters’) shallow knowledge of the formation of a government as well as the election process.

“From what I’ve observed, the starting point for this hung Parliament situation – which is the first in the (electoral) history of our nation – was the implementation of ‘Undi18’ (lowering the voting age from 21 to 18) as it’s quite obvious this group has not attained the maturity to make a choice,” Dr G. Manimaran told Bernama.

He said even though the young voters were not seen to be tied to any particular political ideology, they were believed to have been swayed by the current issues played up on social media, adding that this was reflected in their voting patterns.

NEED FORMAL EXPOSURE
He also said he sees the need to introduce a special subject in schools to expose students to the election process and the importance of their votes in the formation of a government.

Manimaran, who had written a book titled ‘Pilihan Raya Demokrasi Malaysia: Tanding, Pilih, Tadbir dan Menang’ (‘Democratic Elections in Malaysia: Contest, Vote, Govern and Win’), said early exposure is important to prepare the young generation to fulfil their responsibility as voters and enable them to choose wisely without being influenced by any sentiment.

“They must have a sound understanding of the importance of choosing a candidate as a state assemblyman or member of Parliament as well as the functions of the Dewan Rakyat, Dewan Negara and so on because having the proper knowledge will enable them to evaluate well before casting their vote,” he said.

He also noted that he is also concerned that some young voters had failed to realise the value of their votes in determining their country’s direction.

“These youngsters treated the election as a carnival when in reality it was the time for every individual to decide the future of their nation,” he added.

Manimaran pointed out it is also necessary to impress on young people that the context of an election is not just applicable to the establishment of a government but also other matters such as electing the committee members of a parent-teacher association.

“We tend to label an election as ‘dirty’. But it only becomes dirty when some politicians fail to carry out their responsibilities with integrity.

“Actually, elections are part of a good democratic system and practised widely including in the selection of a class monitor,” he said.

REJECT CORRUPTION
Universiti Putra Malaysia Faculty of Human Ecology senior lecturer Associate Prof Dr Mohd Izani Mohd Zain, however, has a different view of the young voters, describing them as more critical and sensitive to the issues prevailing around them.

According to his observations, many of the young voters were inclined to reject candidates from parties implicated in all kinds of issues including corruption.

He added that Perikatan Nasional’s (PN) strategy to field young candidates not only succeeded in garnering the support of young voters but also enabled the coalition to win more seats than they expected.

According to Mohd Izani, the youngsters viewed PN as the safest coalition to vote for despite it being only two years old.

In the run-up to GE15, PN was seen as the underdog but ended up winning 73 Parliamentary seats and at a media conference the day after the election, its chairman Tan Sri Muhyiddin Yassin attributed their victory to the support shown by the young voters.

This situation, she believed, had a considerable impact on the outcome of GE15.

“The young voters were constantly using social media. So, political parties that based their campaigns on ‘strategic marketing’ with the help of influencers managed to attract the attention of the youth.

“We’ve seen that candidates and parties that succeeded in influencing the young voters were those that campaigned via TikTok, Twitter and YouTube.

“They used various approaches including entertainment by incorporating the latest songs into their campaigns,” she said. – BERNAMA