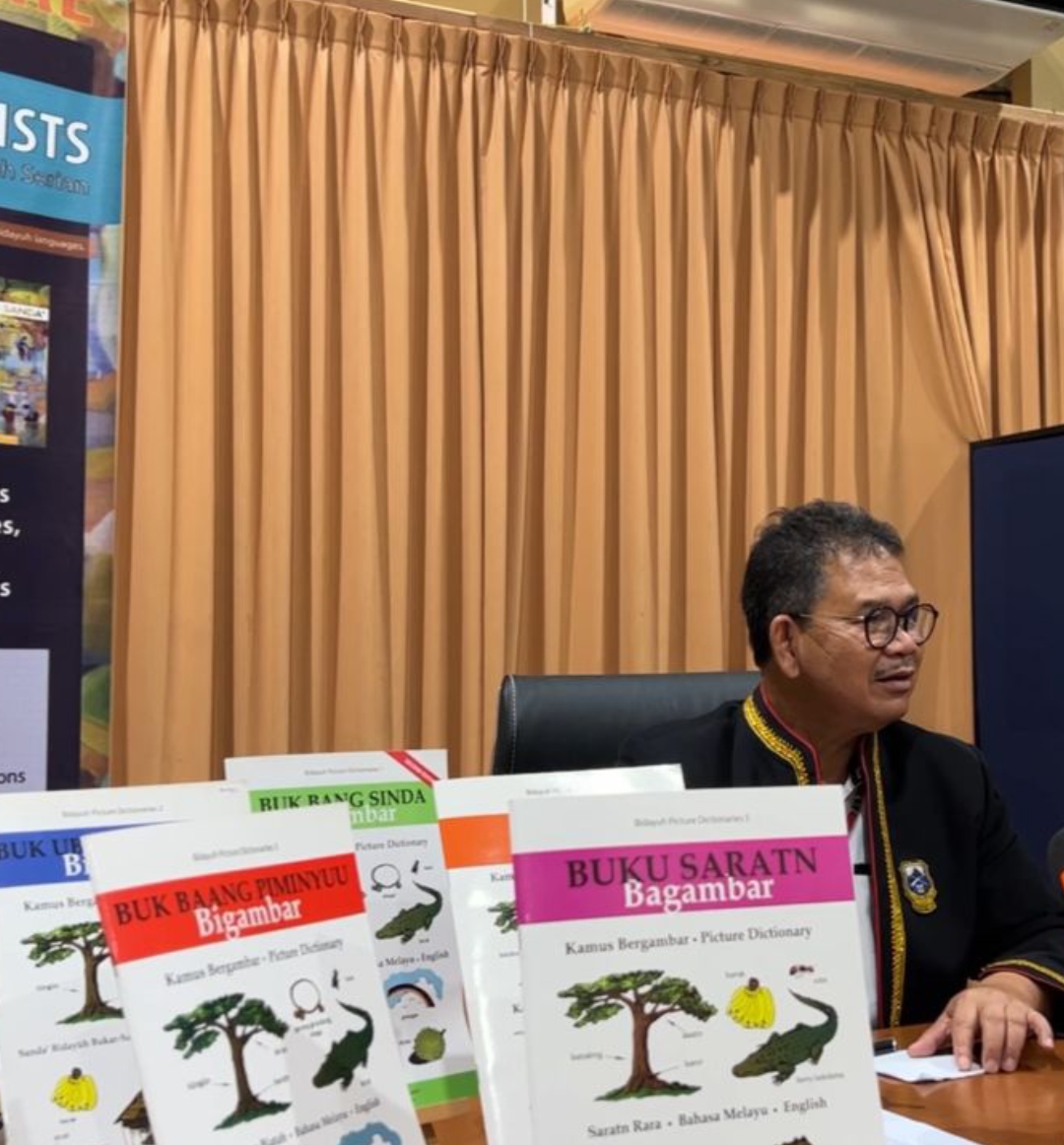 KUCHING: The Dayak Bidayuh National Association (DBNA) will continue discussions with the Education Department and the Sarawak Ministry of Education on the proposal to use the Bidayuh language in the formal education system.

DBNA president Datuk Ik Pahon Joyik said in 2018 with the collaboration of the education department and the Sarawak Ministry of Education had held discussions to have a pilot project to use the Bidayuh language as a subject in the formal education system.

According to Pahon, the Ministry of Education had a programme called People Own Language (POL), and for the programme the committee selected six primary schools where DBNA worked with the department.

He said the programme was for six months and after that the committtee would evaluate and forward a report to the ministry.
However, Pahon said further discussions had been put on hold due to the pandemic.

“As we have entered the transition phase of endemic in the next two to three months, DBNA will be in touch again with the Department of Education and reactivate the committee led by a Bidayuh linguistic lecturer at Unimas (University Malaysia Sarawak), so we already have our local expertise, in addition we are still guided by volunteers from SIL (Summer Institute of Language) ” he told New Sarawak Tribune.

According to Pahon, one of the challenges faced was that the Bidayuh comprised various tribes and various dialects.

“We have discussed but so far there is no decision yet, but I am sure that one day our Bidayuh leaders will choose and agree to one of the dialects to be used as a Bidayuh language subject in formal education.”

Meanwhile Pahon stressed that one of the objectives of DBNA’s establishment was to preserve and promote the Bidayuh customs, culture and lifestyle.

“So in line with the objectives of the establishment of DBNA we have begun to organise steps and strategies on how to realise this objective. This led to the formation of a committee called the Bidayuh Language Development Project (BLDP) in 2007.

“Later on the committee had been in contact with Unesco that promotes the languages of ethnic groups that are considered to be extinct from the world because they are either not preserved or not documented.”

He said Unesco had sent linguistic experts to DBNA to work on the project and also provided yearly funding of USD10,000 for 10 years.

“One of the projects initiated by BLDP is to publish picture dictionaries, that symbolises the use of ethnic languages and are being used in DBNA heritage schools.”

Pahon said DBNA also started 12 heritage playschools – two in Lundu, four in Bau, three in Serian, two in Penrissen and one in Siburan.

But after running for several years and due to some problems, he said now three are left, one in Kampung Benuk in Penrissen, Kampung Gahat Mawang in Serian and Kampung Sinjok in Siburan.

The pioneer heritage school is at Kampung Benuk.

“We have a student who attended our pioneer heritage playschool in Kampung Benuk and is now in Form 5.

“We monitored his progress in formal school and his teacher said the student has better understanding than compare to other students.”

Pahon further said even before starting BLDP there had been efforts shown by individuals in preserving, documenting and promoting the Bidayuh language.

These are also the materials that BLDP began to use for its projects.

According to Pahon, in the beginning DBNA collaborated with Research and Development Movement of Singai (Redeems) on the project but later Reedem said it was more appropriate for DBNA as the parent body of the Bidayuh NGOs to lead it.

“After that DBNA started its planning to undertake the development and documentation of the Bidayuh language and was in contac with Unesco and SIL.”

Pahon said documentation of the Bidayuh language was quite unique and challenging because there was no evidence in writing.

“It is not a written language but an oral language that has been passed down from generation to generation, as a result many words are extinct because the old generation had passed on.”

Hence, Pahon stressed that one of the basic principles of identity of the Bidayuh was the language spoken, so he urged the Bidayuh community and Bidayuh children to nurture and help preserve the language.

“We should also use our language well and when communicating with our family members and also practice the language when returning to villages because we noticed that the use of Bidayuh language is still well established in villages.”