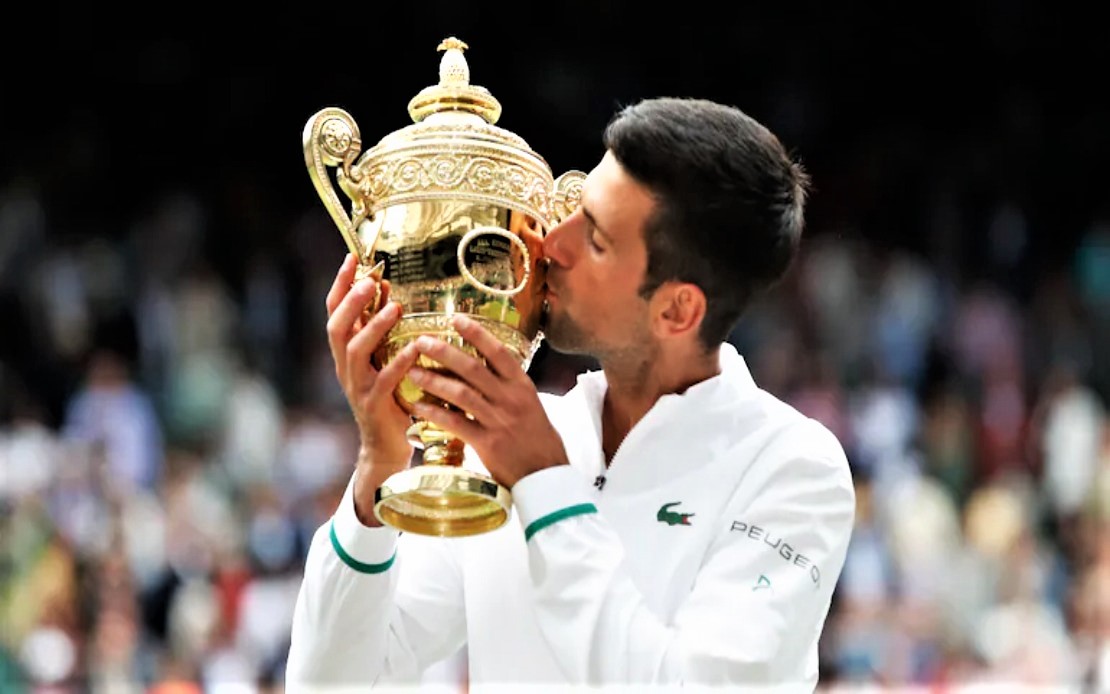 After the final at All England Club, Djokovic is not only a six-time Wimbledon champion but also a 20-time Grand Slam winner just as Roger Federer and Rafael Nadal, Xinhua reported.

Djokovic collects a sixth championship at Wimbledon — and third straight — to go along with nine from the Australian Open, three from the US Open and two from the French Open.

The victory at Roland Garros in Paris last month marked a historical record for Djokovic, who won the Roland Garros title in 2016, making him the first player in the Open Era to achieve the Grand Slam twice.

No man has got three titles within one year since Rod Laver won the Grand Slam in 1969.

“I imagined myself being in a position to fight for another Grand Slam trophy prior to coming to London,” said Djokovic.

After collecting trophies at Australian Open, Roland Garros in Paris, and the title at All England Club, Djokovic finished three-quarters of the way to a calendar-year Grand Slam, with only the US Open remaining.

“I’ll definitely give it a shot. To my team, friends and family, I really appreciate their patience,” said Djokovic.

At All England Club, this is Djokovic’s 30th major final, and it’s Berrettini’s first. – Bernama