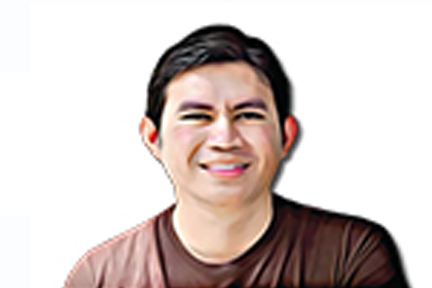 Do smartphones make us dumb?

They say we’ve come a long way with the help of smartphones that run our lives with apps, Gmail and maps. But have we? Our phones are growing more sophisticated. But the mistakes we make with them are getting more embarrassing.

Always moving way too fast, I’ve experienced quite a few snafus, To be honest, sometimes, typing on a smartphone is a pain for a number of reasons. It requires a lot of effort to type long sentences, to enter numbers and special characters. It involves using both thumbs all the time, holding down specific keys just to type symbols and punctuation marks.

A large part of your time is spent using the backspace key and typing all over. It’s cumbersome and never fun, which raises the question: Do smartphones make us look dumb?

From voice to WhatsApp text and same name mishaps, I’ve been making a mess of my personal communications lately. But it happens to the best of us, right? Some of my more egregious Huawei Mate 20X crimes include:

Wrong conversation. When you’re in multiple text conversations, it’s easy to reply in the wrong one like the time I meant to remind my wife to check if my bank card is in her car and instead told a client. Or the “love you” meant for my wife that I sent to the wedding decorator who had just texted that she was on her way. Oops.

Same name contacts. Imagine a high-ranking state government official’s surprise when I texted him about the status of his charity event table purchase. And then, the follow-up call I placed when he didn’t answer me! That message was meant for someone of the same name who owns an electrical company in MJC, Batu Kawah. Everyone got a kick out of it except for mortifying me.

Accidental calling after hours. Trying to listen to a voicemail, I touched a message and accidentally called a friend back at midnight. I quickly hung up, but sure enough, he called back in the morning to see if everything was OK because he missed a late night call from me and was hoping “he wasn’t my one phone call”.

Predictive text and autocorrect. I recently tried to text someone “I am getting antsy” but somehow it became “angry,” which forced a phone call from the recipient. And, my phone definitely doesn’t want me using colourful language since “shot” and “duck” pop up a lot.

Bluetooth fails. Your car and phone working together against you can cause double trouble. With incoming calls displayed on the screen, imagine the silence among a car full of Muslim friends when Mr. Chan pork seller returned my call.

Surely I’m not the only one having these troubles, so I asked my family members for their own stories and my little girl, Bella, who commented, “Sometimes I got messages from you that were meant for someone else.” Nice.

Fortunately, my friend shared the story of his wife at an international conference in Borneo Convention Centre Kuching (BCCK), who texted a group of foreign colleagues “see you after sex”, instead of “six”.

If you ask me what the most embarrassing text is I ever received, it happened to me six months ago when I was on a WhatsApp chat with a school teacher regarding a parent-teacher meeting to discuss Bella’s progress. She got engaged a week back and we were chatting and suddenly I got a text “I like your hairy chest”. What? I was shocked, couldn’t digest that answer from the teacher. After that, she deleted it quickly and apologised for the wrong text. Actually, it was meant for her fiance.

How about the most embarrassing autocorrect mistake? Not me but my former colleague. She owns a cleaning company and it constantly needs work by a handyman. She found a good one but for some reason he was slow in billing.

It was a couple of hours before she realised that “bill me” had been interpreted as “feel me”.

When she texted him back, his response was to say that he was wondering how long it would take her to realise what she had done! To her credit, she thought it was hilarious.

For most of these issues, there’s a fix in our phone setting. Turn off predictive text: This simple step ensures “asset” doesn’t become “asshat”. I also disable autocorrect, increase the font size a bit, label contacts with companies especially if it is a temporary relationship, like the aircon guy. I have to slow down before I hit send, give messages one last read to make sure autocorrects or my own typos haven’t changed the meaning or made me look sloppy. While I am at it, make sure it’s going to the right person.

Sometimes I find my Android keyboard not working properly, delayed, it could be because of the overwhelming amount of cache files accumulated in my phone. Although cache files are harmless, too many of them can pile up on my phone storage, thus slowing it down.

Clearly, we are not smart enough when it comes to “smart” technology, so we may just want to opt for an email relationship, if it requires a long reply with people to be on the safe side. All I can say is that none of this ever happened with my beloved Motorola flip phone during my time at the university.
The views expressed here are those of the writer and do not necessarily represent the views of New Sarawak Tribune.