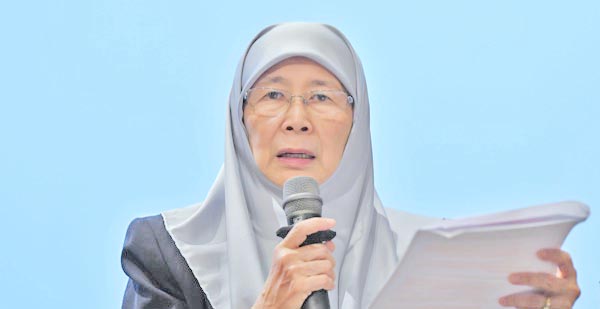 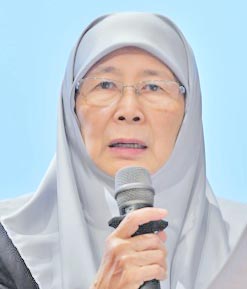 She said addiction to glue turned into a serious social problem when it involved children as young as 10 years old.

“Hallucinogens, including psychotropic medicine and glue, are not categorised as illegal substances, but you can make them into a concoction and get high on it.

“That actually affects your brain, especially the young people as early as 10 (years old),” she told a media conference after chairing the cabinet committee meeting on eradication of drugs at Perdana Putra here yesterday.

She said the bill was in the stage of drafting.

“Punitive and educational aspects, all will be contained (in the draft). We’re still looking into it,” she said when asked whether the bill would include punishment for offenders.

Dr Wan Azizah said the committee also agreed for the relevant laws to be amended to include offence for planting ketum without permission.

She did not specifically mention the laws, but said mitragynine contained in the ketum leaf had been listed in the Third Schedule, Psychotropic Substances, Poisons Act, 1952.

“Planting of ketum is currently allowed, but when it is harvested and sold, it becomes an offence,” she added.

Dr Wan Azizah said the committee also agreed to remove Section 8 and 9 of the Drug Dependants (Treatment and Rehabilitation) Act 1983 from the Registration of Criminals and Undesirable Persons Act 1969.

“This is made so that drug addicts who underwent rehabilitation voluntarily will not be registered, so they have no criminal record,” she said.

According to the deputy prime minister, the proposal is based on the need to eliminate the stigma of drug addicts on those who have been rehabilitated, enabling them to work and start a new life and be functional again in the society.

Apart from that, she said, the committee also proposed that incentives given to employers who took former convicts into their employment be extended to those who employed former drug addicts.

“From studies carried out, the rate of rehabilitation is better if former drug addicts have jobs to continue with their life so that they can fend for themselves and support their families,” she added.

Dr Wan Azizah said the “Perangi Dadah Habis-habisan” (PDH) programme, which was implemented in 2016, had been intensified in 178 locations identified as high-risk drug areas.

The committee, she said, was also seriously considering imposing a curfew for those below 18 years of age to prevent them from getting involved in drug abuse, as is done in Iceland.

Dr Wan Azizah said Malaysia could implement the curfew based on the model by Iceland, but several matters had to be considered before any decision could be made.

“When there is a curfew, parents will know where their children are,” she added. – Bernama