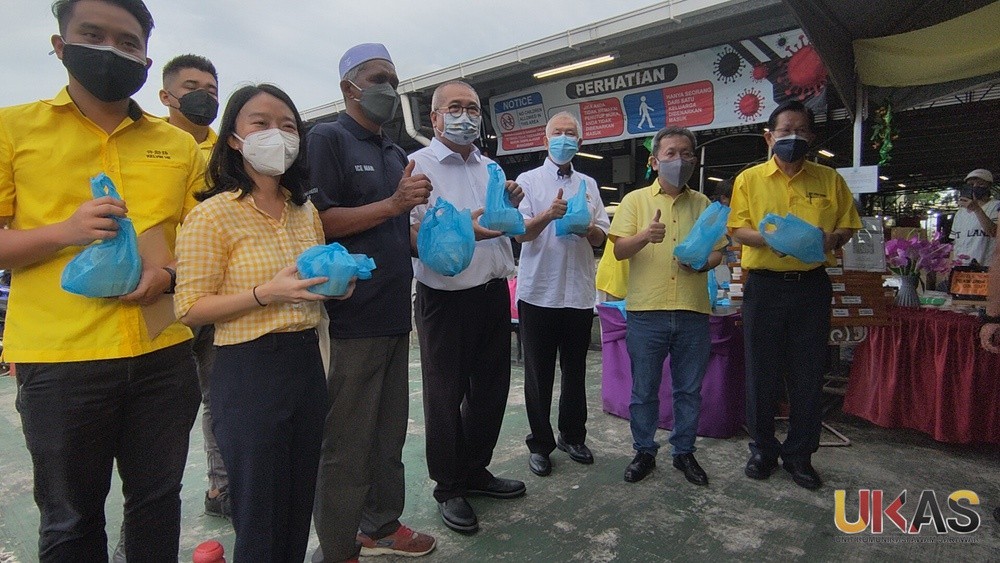 MIRI: Some 500 packs of ‘bubur lambuk’ were distributed to the public visiting Medan SABERKAS Miri under the ‘Jelajah Bubur Lambuk’ programme on Tuesday (April 12).

The Sarawak Public Communication Unit (UKAS) reported that the programme was organised by the Pujut Service Centre in collaboration with the Medan SABERKAS Miri committee to celebrate the month of Ramadan this year.

Separately, Dr Sim who is the Sarawak United People’s Party president met with party members and friends from Lawas, Limbang, and Miri.

The Batu Kawah assemblyman pointed out that he would have normally visited at least two to three times per year in the three divisions.

“After two years of COVID-19, I finally caught up with so many party members and friends from Lawas, Limbang, and Miri.

“I am really happy to see them again, but sadly we have missed a few forever,” he said.

The Minister of Public Health, Housing, and Local Government thanked party members and friends for playing various roles and doing their part in the war against COVID-19.