KUCHING: The drainage system in the city and nearby areas could not cope with the unprecedented amount of rain on Friday (Feb 19) as it was not designed for such purpose, said Datuk Seri Dr Sim Kui Hian.

“This was the worst flash flood in Kuching as well as Lundu in recent years. I was told that this was caused by a combination of torrential rain which went on for almost 12 hours.

“This is as well as having the drainage system being not designed for this amount of rain, the rapid urban development causing loss in water retention ponds and still having low lying areas,” he said in a Facebook post on Friday (Feb 19).

The Local Government and Housing Minister said the issue highlighted due to the flood has to be addressed through urban renewal programmes in the 12th Malaysia Plan (12MP).

The Batu Kawa assemblyman noted that the phenomenon of extreme weather is not only occurring locally but is experienced in many parts of the world.

He said regardless, the flooding that occurred in Batu Kawa was a cause for concern, not only due to the Covid-19 pandemic, but also the presence of crocodiles that was sighted in the area recently.

On Saturday morning, it was reported that the number of flood victims evacuated to temporary relief centres in the state rose to 858 from 755 the previous day.

According to the statement from the Sarawak Disaster Management Committee secretariat, three more relief centres were opened, bringing the total to 12 as at 8 am.

Of the total, seven were in Samarahan, three in Kuching and two in Lundu.

Just about a month after the first wave of floods, several places in the city here were hit by another round of water disaster on Friday following continuous rain from Thursday evening.

The city traffic came to a standstill after several major roads were submerged under rising water as early as dawn, cutting off major links to neighbouring districts such as Kota Samarahan and Serian.

EMCO to be enforced in four places 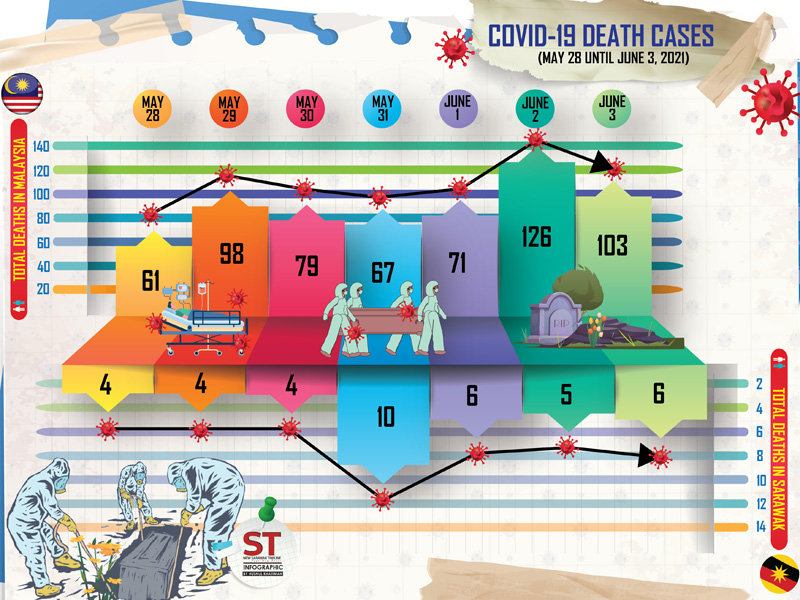