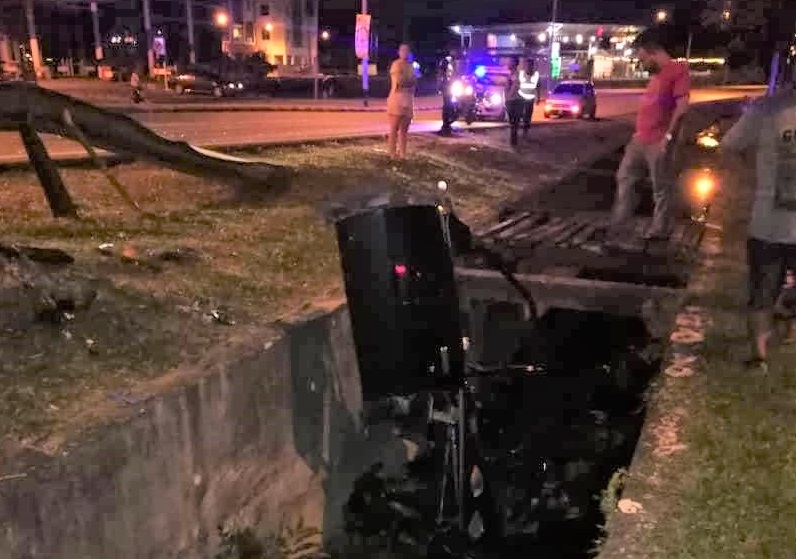 SIBU: A driver was seriously injured after the car he was driving rammed into a road barrier at Jalan Ling Kai Cheng early this morning.

The impact of the crash split the car in two, with one half of it landing in a monsoon drain.

The driver, who was identified as Mohamad Sany Yusop, 40, was believed to have lost control of the car.

According to State Fire and Rescue Department (Bomba) operation centre, a distress call was received at 1.27am.

Following the call, seven firefighters led by Shairulnizam Wailie from Sungai Merah fire station, were deployed to the location.

Shairulnizam said when they arrived Sany had been removed from whatever remained of the car by passers-by.

The operation ended at 2am.