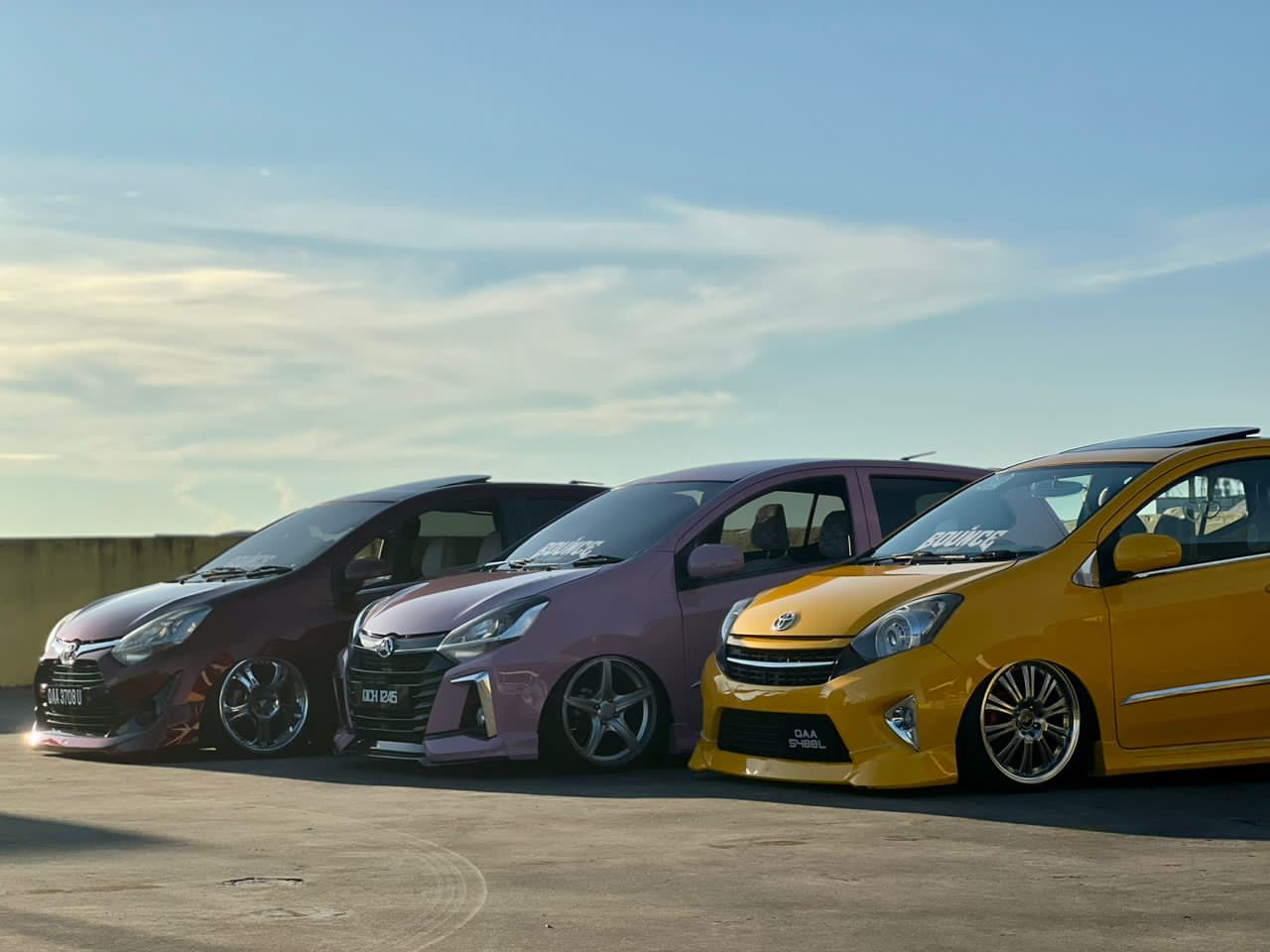 FOR someone who knew zip about modifying a car Aap Osman has come a long way since he got his greasy hands into the auto craze in 2014.

The 30-year-old who prides himself on his ability to learn the nuts and bolts quickly now has his own brand – the AkuShia Project – which has piqued the interest of the car modification fraternity. 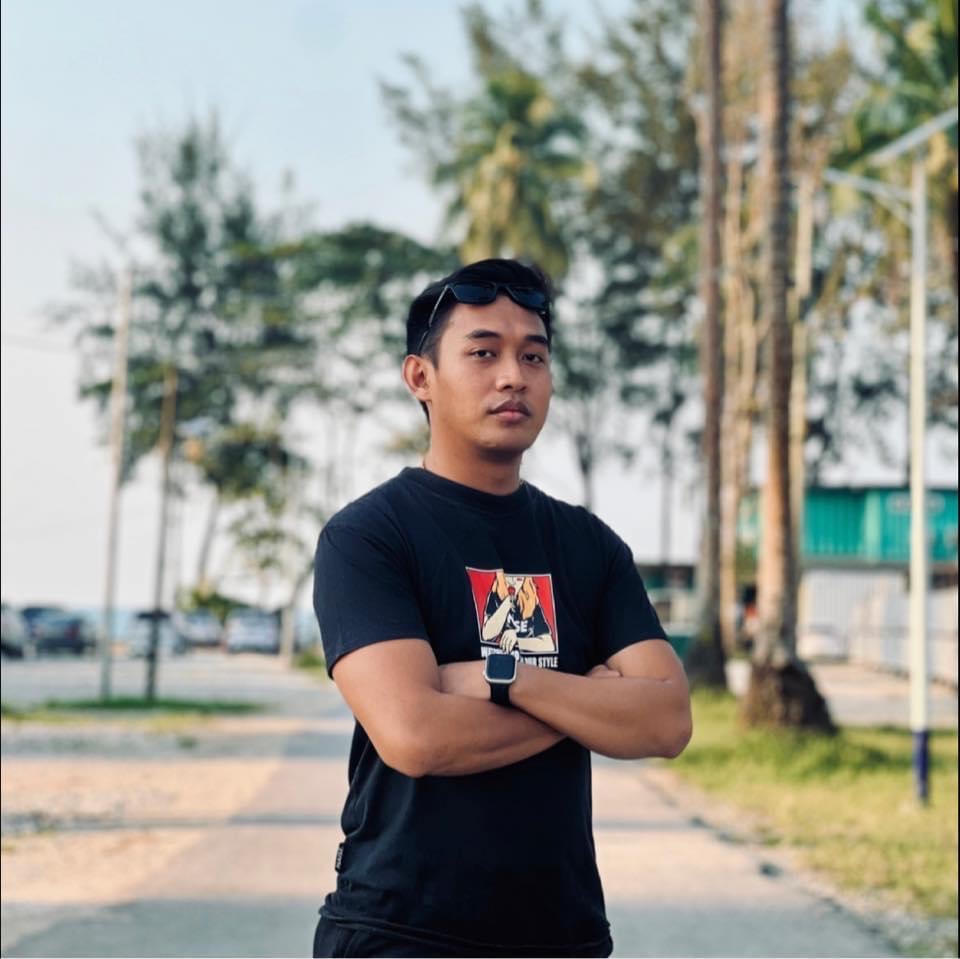 But Aap who loves tinkering with vehicles started out small, initially developing his passion and, on finding out that his work was turning heads, deciding to go into business.

He said he had initially wanted to modify his own Perodua Axia using body parts of the Toyota Agya which he purchased from a local seller in the peninsula.

“It happened during the Covid-19 pandemic when the whole country was locked down. Everyone was seen modifying their cars.

“At that time, I wanted to use the savings I had to travel but during the pandemic, everything was restricted including our movement.

“So instead, I used the savings to buy body parts for my project,” he said to New Sarawak Tribune.

After his car project was completed, photos of his “new” Toyota Agya began circulating on social media, making him wonder about the possibilities out there for him.

“I thought why not I make my own brand?”, he said.

His first Agya project was completely done by a local automotive body shop, the 91 Garage.

Basically, Aap had no hands-on experience in modifying a car at that point. But that was to change soon.

He said he learned through observation when 91 Garage did the work on his car and at other times, believe it or not, he learned from YouTube.

Then he tried his hand at installing the car parts himself and slowly, with enough practice, he was able to pull it off. 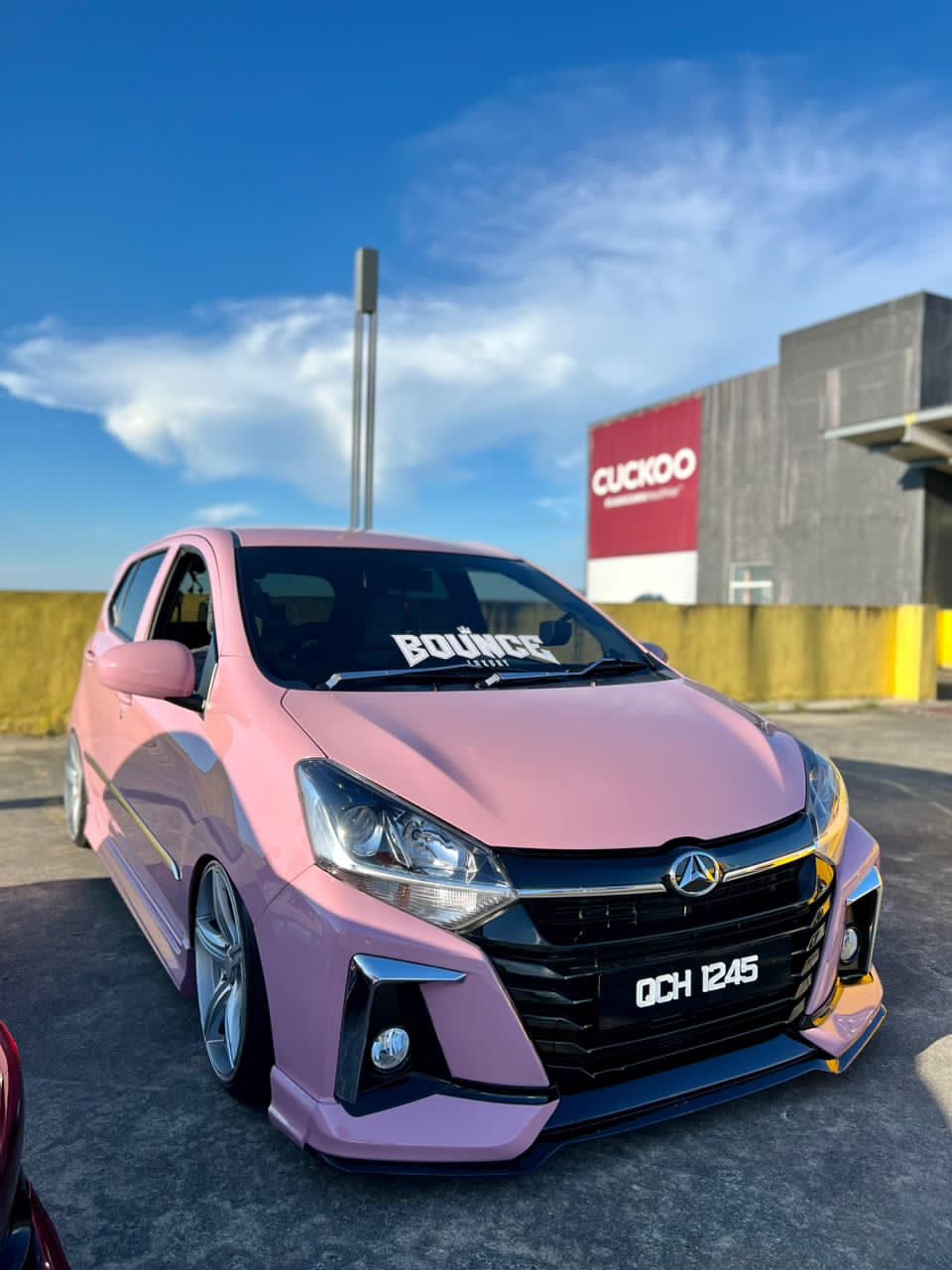 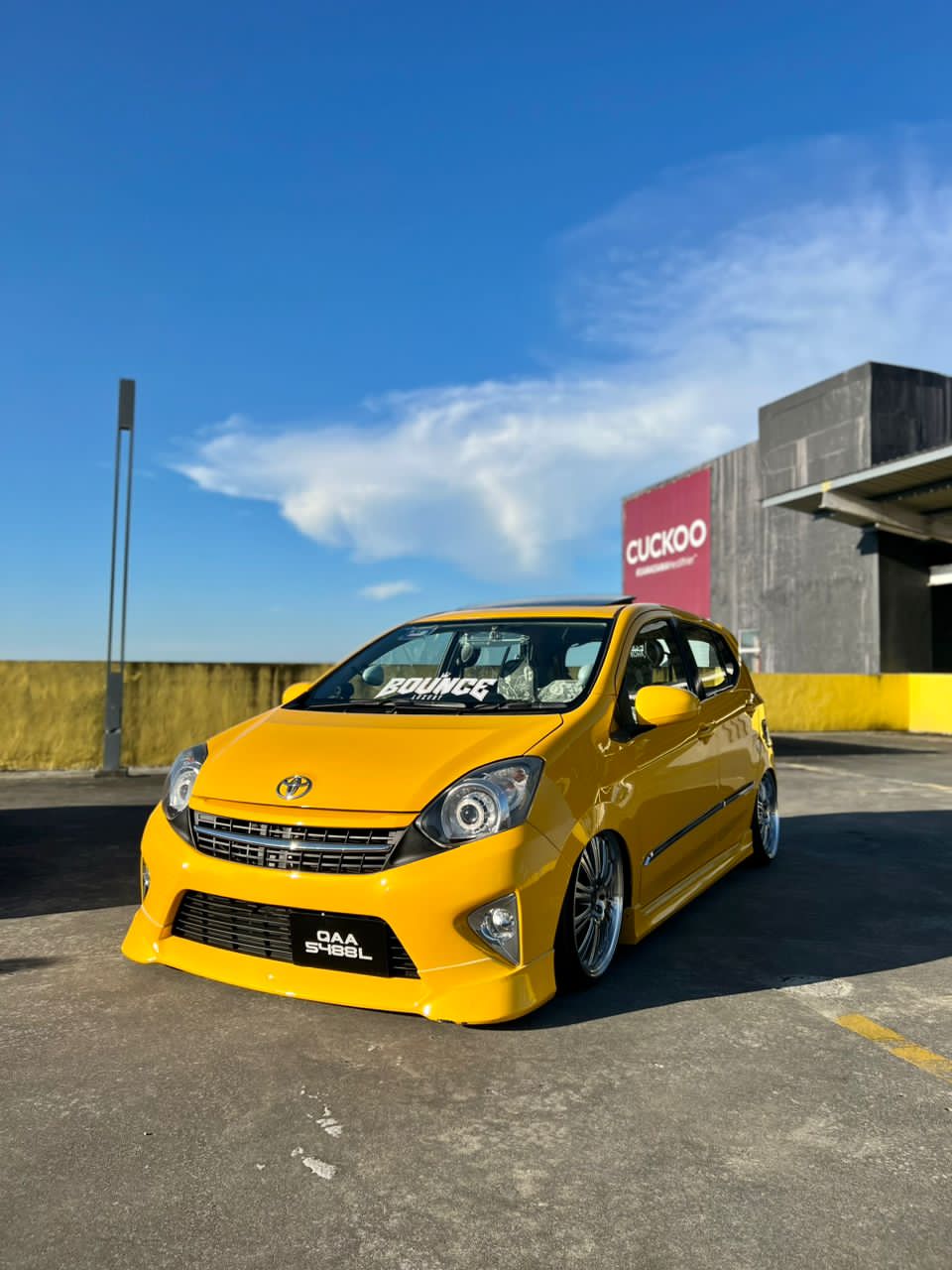 “I was dog-tired and super worn out but the outcomes were worthwhile,” he added.

Next he looked for suppliers via Instagram, Facebook and so on and came to know that Indonesia has an extreme car culture that could help him in delivering the best product.

“So I went to ask car enthusiasts from Indonesia and some related-business owners such as wheel traders and so on.

“They were very welcoming and recommended a few trusted suppliers I could contact to look for what I wanted.

“I managed to contact a supplier who guaranteed me a maximum estimated time of arrival of two months,” Aap said.

Looking back he is thankful to his reliable supplier as some local sellers only receive their orders more that a year after making payment. 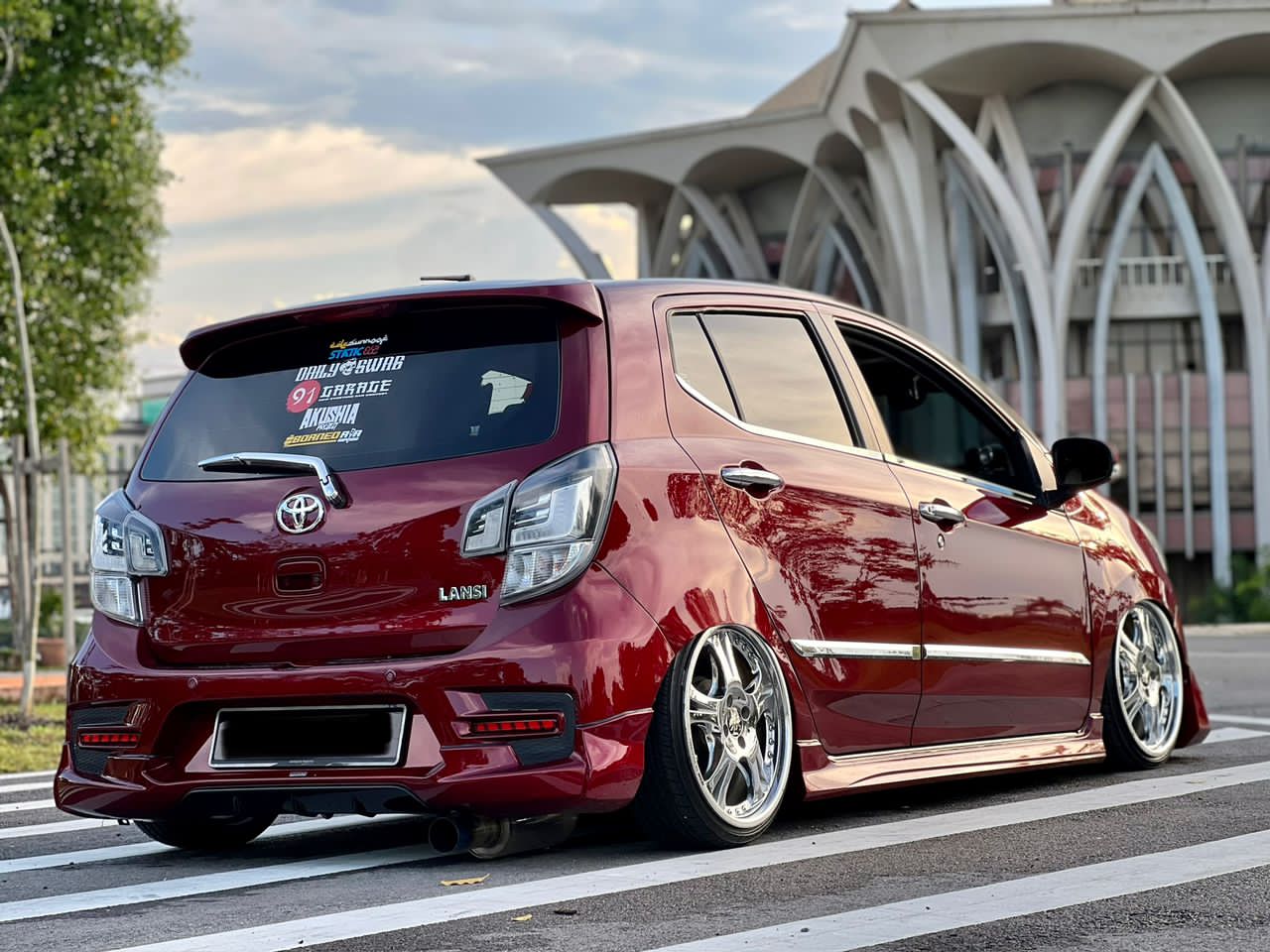 Aap said at the beginning promoting the AkuShia Project was challenging given the financial burdens faced by people during the pandemic and the fact that car modification is not exactly an everyday essential item, all of which translated to slow business.

“The Toyota Agya/Daihatsu Ayla parts were also new in the car modification scene. Not much was heard about them.

“So I decided to change my front and rear bumper frequently to flack the fresh craze,” he revealed.

The buzz among enthusiasts, about him having ready-stock body parts, eventually became the talk of the town.

Business has been brisk since, especially after the government announced various financial aids during the pandemic.

“I know the aids were meant to help the people during their hardship but when customers approached me for product booking, I was overjoyed.

“I had then already resigned from my job to fully focus on the business and I managed to receive about five orders per day.

“After the orders arrived, I worked day and night to complete the body part installation. Alhamdulillah it was a success,” he said. 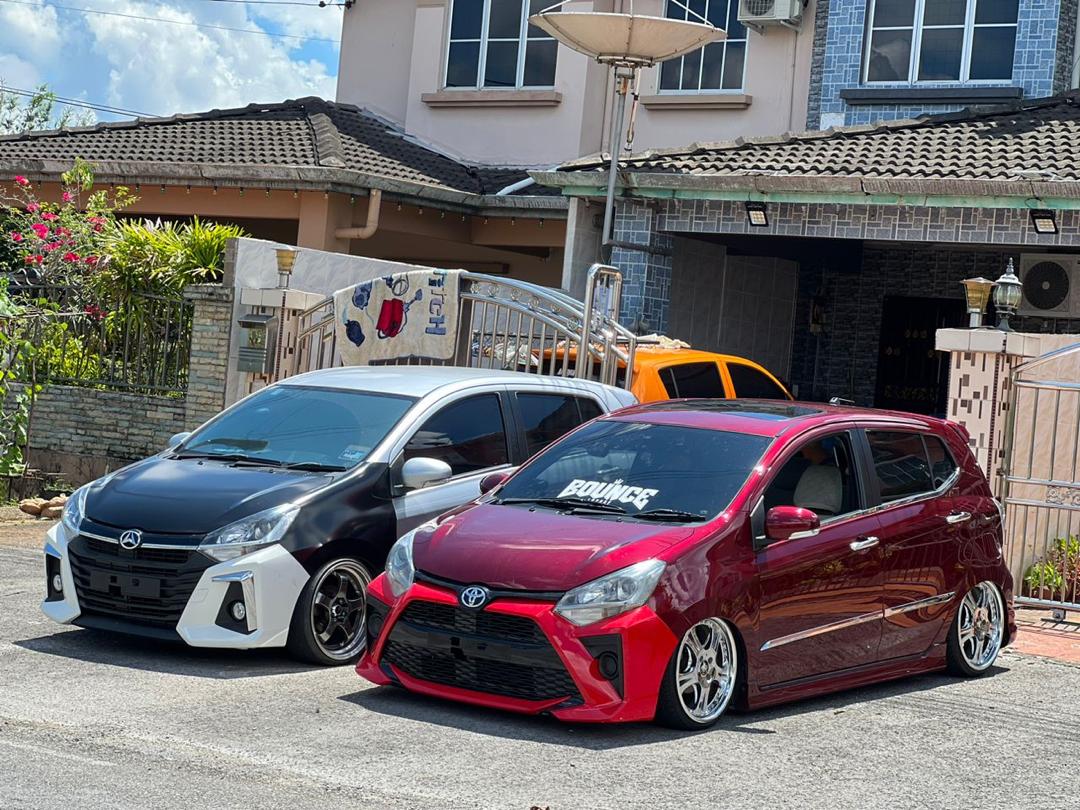 But bringing in new and foreign model car body parts proved to be challenging with many picking bones with his prices.

Unlike the Toyota Passo that is compatible with the Perodua Myvi, the Agya/Ayla body parts are for the Axia, which was a newcomer to the Perodua family, he said.

“Of course the price would be different. Other half-cut body parts from Japan such as Passo and so on have been in the market for a long time.

“People can’t compare the Agya or Ayla with them and expect the price to be the same as a local car model.

“Sometimes I educate potential customers when they ask questions about AkuShia Project’s product,” he said, adding he did not mind that because it also meant that he was promoting his product.

Of late he has been thinking about going to Indonesia to scout for more business opportunities.

Aap aims to sell wheels or sports rims and also wants to venture into the air suspension system business although there are existing players in the local market.

“I want to go to Indonesia, to survey the market and suppliers there but as

of now, time restraints and the demands of my full-time job are keeping me.

“InsyaAllah, I will work on it next year,” he said.