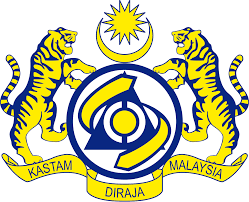 “A team from Kuching JKDM Narcotics Branch arrested a man who had in his possession a package containing dangerous drugs suspected to be Methamphetamine and Ketamine, weighing 1.0kg and 0.5kg respectively,” she said in a statement.

The drugs were valued at approximately RM75,800.

She said the arrest was made in front of a public transport company premises at Jalan Penrissen here.

“The suspect has been remanded in custody for five days to assist in investigations under Section 39B of the Dangerous Drugs Act 1952,” Sharifah Halimah said.

In the second case, Customs officers raided a premises at Bandar Baru Mudajaya, Batu Kawa here on September 26 at around 7.10pm.

“Upon investigations, the team succeeded in finding drugs including 2,383 ecstasy pills, 2,240 Eramin-5 pills, and 3.3kg of ketamine stored in one of the rooms at the premises,” she disclosed.

Sharifah Halimah said all the substances with total estimated value of RM263,225 have been seized.

She said the authorities were actively pursuing the premises owner who is believed to be using the house as a mini lab for drug trafficking.

Investigations are being carried out under Section 39B of the Dangerous Drugs Act 1952 for drug trafficking which carries the mandatory death penalty upon conviction.

“The value of drugs seized by JKDM Sarawak from January this year until now is RM1.8 million,” Sharifah Halimah revealed.

JKDM calls on the public to cooperate by providing information on any smuggling activities such as cigarettes, liquor, firecrackers, and drugs by contacting the Customs Toll Free Line at 1-800-88-8855, its public complaint website at http://aduan.customs.gov.my, or visiting any nearby Customs Offices.

JKDM ensures that the identity of informants is kept confidential.