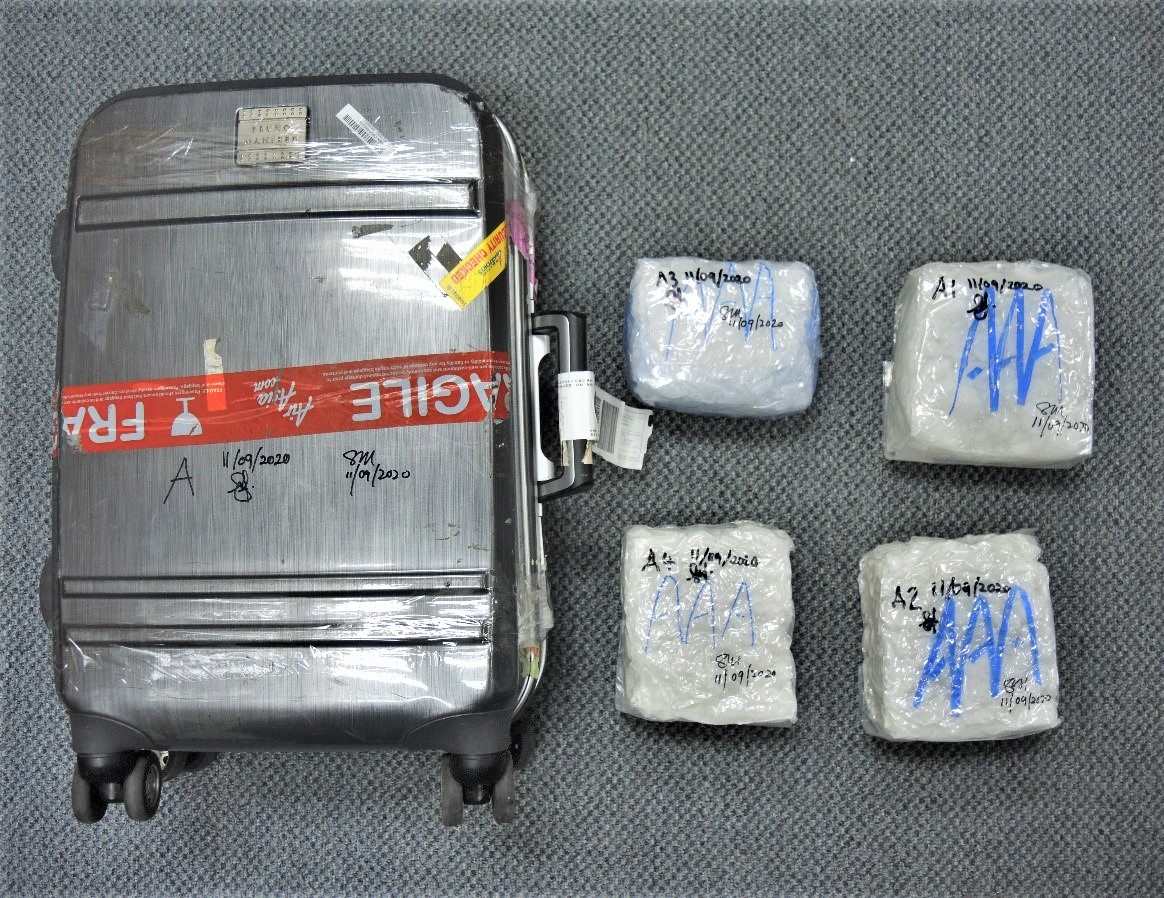 KUCHING: An unattended luggage and two boxes filled with 20,000g of methamphetamine, worth RM2 million, were seized at Sibu Airport last Thursday (Sept 10).

The items were discovered at the baggage pick-up area for Kuala Lumpur-Sibu flight.

“The results of the scan showed suspicious images in two boxes and one luggage. A thorough inspection led to the discovery of 20 packages containing crystalline substances suspected to be methamphetamine.

“The packages were seized. The drugs, which weighed 20,000g, was valued at RM2 million,” Sharifah said in a statement last Saturday (Sept 12).

She pointed out that the packages were air-tight wrapped in plastic, a move aimed at confusing the on-duty Customs personnel.

“However, JKDM is always proactive in assessing any high-risk individuals,” she said.

She added that those found guilty of distributing dangerous drugs could be prosecuted under Section 39B of the Dangerous Drugs Act 1952. The offence carries a mandatory death sentence by hanging if convicted.

She urged the public to channel information on smuggling of prohibited goods such as cigarettes, liquor, firecrackers and drugs to the Customs Toll-Free Line at 1-800-88-8855 or any nearby Customs Office in all states.

Be involved in volunteerism
Previous Post
‘Paddle in the same direction’