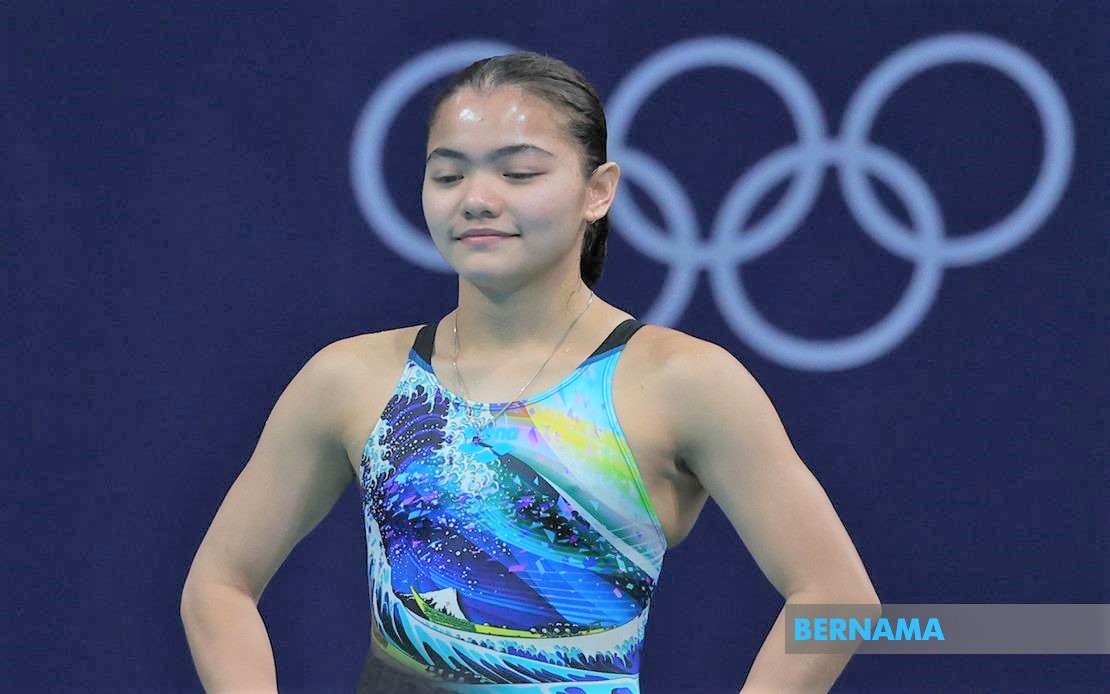 TOKYO: For the Malaysian contingent, Day 10 of the 2020 Tokyo Olympic Games will be all about national diver Nur Dhabitah Sabri’s mega-watt smile that captured the hearts of a nation despite her missing out on the bronze medal.

Nur Dhabitah had to be contented with a fourth placing in the women’s 3-metre (m) springboard individual final at the Tokyo Aquatics Centre here with a total of 326.15 points from five dives.

Although she missed out on contributing a second medal for Malaysia today, Nur Dhabitah was still the darling of Malaysians with her radiant smile.

In fact, so radiant was her smile that it’s widely trending on social media.

Nur Dhabitah, when asked about that captivating smile that’s always etched on her face after each dive, replied that it reflected her excitement to be able to compete in the final.

It resulted in the pair failing to complete Race Eight.

Earlier, the pair finished in 20th spot at the end of Race Seven, which was won by Great Britain’s Hannah Mills-Eilidh McIntyre.

After eight races, Nuraisyah-Juni are 20th out of 21 sailors with an overall net point of 130 while Hannah-Eilidh top the standings with 18 net points.

Meanwhile, national golfer Gavin Gren failed to improve on his performance from the previous edition of the Olympics when he ended his Tokyo campaign with a four-over 288 four-day total.

Four-time Professional Golfers Association (PGA) Tour champion Xander Schauffele of the United States bagged the gold medal with a four-round total of 18-under 266.

In the 2016 Rio edition, Gavin finished 47th when golf returned to the Olympics after a 112-year absence.