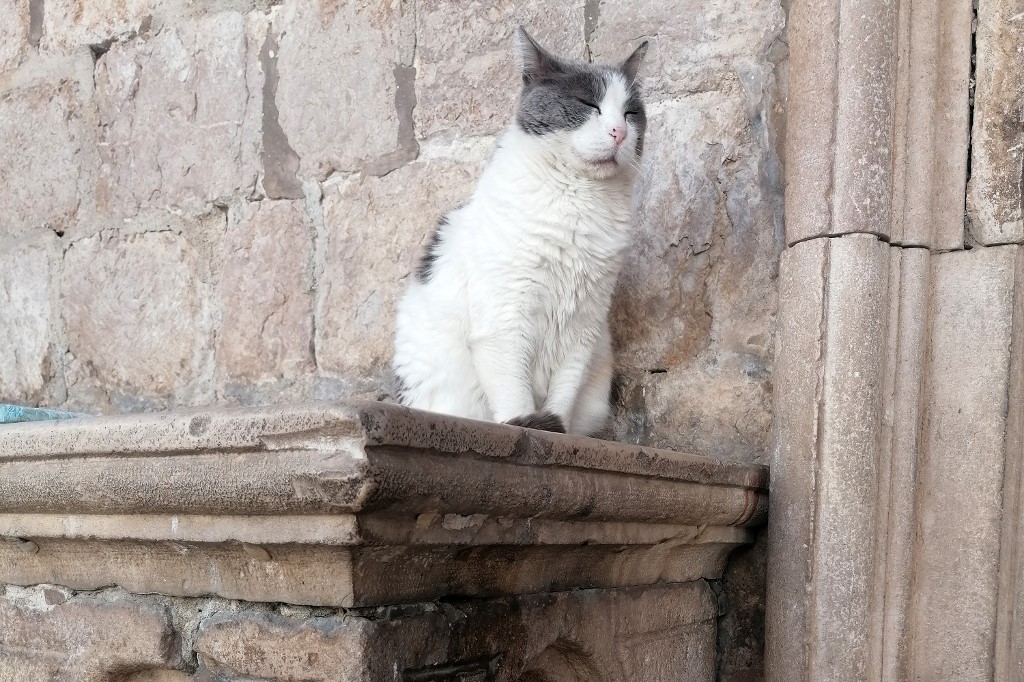 ZAGREB, Croatia: Thousands of people have signed a petition against the eviction of a 17-year-old stray cat from its home outside a historic palace in Croatia’s tourist hotspot, Dubrovnik.

Anastasia spends her days in front of the 14th-century Rector’s Palace in the Old City and is a favourite with locals and tourists.

Despite attempts to find her a home, she always returns to the palace so volunteers put a cardboard box for her in the palace porch.

That failed to impress the city’s museum authority, which is based in the building.

So, an animal lover made her a mini wooden home in the style of the palace — a mix of Gothic, Renaissance and Baroque architecture — complete with a plaque bearing Anastasia’s name.

That dwelling also got a sniffy response and the cultural guardians ordered it removed.

The ousting of Anastasia triggered a social media storm and as of Saturday 12,000 people had signed a petition demanding her reinstatement.

“It’s her home,” Srdjan Kera, the architect of Anastasia’s abode, said regretfully. “We’re only talking about one cat, not 70 of them.”

Dubrovnik Mayor Mato Frankovic has backed the museum, stressing, apparently without irony, that the Pearl of the Adriatic only has fat cats and “no skinny ones”. – AFP