KUCHING: The season of the king of fruits or better known as durian is approaching with its flowers blooming in the local orchards and many have started to flood the markets for sale.

Despite the Covid-19 pandemic, this durian flowering season is a blessing and brings joy to many.

At an orchard in Kampung Kuap, Mile 10, the durian flower blooms aplenty on about 10 trees.

The orchard belongs to the family of 39-year-old Bidayuh Lidiani Koliew who said the durian flowers started blooming two weeks ago.

“The flowers began dropping this week and we have been harvesting it for consumption and sale,” she shared with New Sarawak Tribune on Sunday (April 18).

Happy to see that the durian trees are flowering heavily this year compared to last year, she said in a day about four to five buckets of the flower petals and stamen of beautiful ivory colour could be collected.

The mother of five and a housewife said that she and her family would go down to the farm to collect the flowers as early as 7.30am when the weather is good.

When it rains, she shared that it would be difficult to collect as the petals and stamen would form a slimy texture.

“We hang canvases on the tree and place gunny bags on the ground so that it would be easier to collect the flowers from.

“Plus, it is more hygienic as it does not fall directly on the ground,” she said, adding that the flowering period would last for about ten days.

She said once harvested, the petals and stamen would be separated, cleaned, and packed into a container.

“I normally sell it to my friends and other family members, if there is a request only then I would pack it for sale otherwise it will be just for family consumption.

“In this week alone, I have sold nearly 60 containers at below RM10 per container,” she said.

Lidiani also shared a tip in keeping the petals and stamen fresh when it is being kept in the container — add water into the container and it could be kept for up to three months.

When asked how she normally cook the durian flower, she said she would stir-fry either with sambal belacan (dried shrimp paste) or curry powder.

According to the International Tropical Fruits Network (TFNet), the inflorescences (clusters of flowers on a branch) are usually borne on primary and secondary branches, consisting of about 40 to 50 flowers.

The durian flowers are nocturnal in nature which usually start opening in the late afternoon but the anthers do not produce pollen until later at dusk. The stigma is receptive for two hours before the flower opens, reaches its peak at midnight, and declines the next morning.

TFNet said that normally durian flowers are pollinated by nocturnal pollinating agents such as small bats (eonycteris spalee and macroglossus minimus), wasps (apis dorsata), and a few species of ants.

On its nutritional value, the edible durian flowers contain Vitamin C and antioxidants.

Durian flowers which also have a fragrant smell, when cooked, have a sweet and tangy flavour. Besides cooking with sambal belacan or curry, it can also be blanched and tossed into fresh green salads or other vegetables.

This has been a much-sought delicacy across Asian countries. 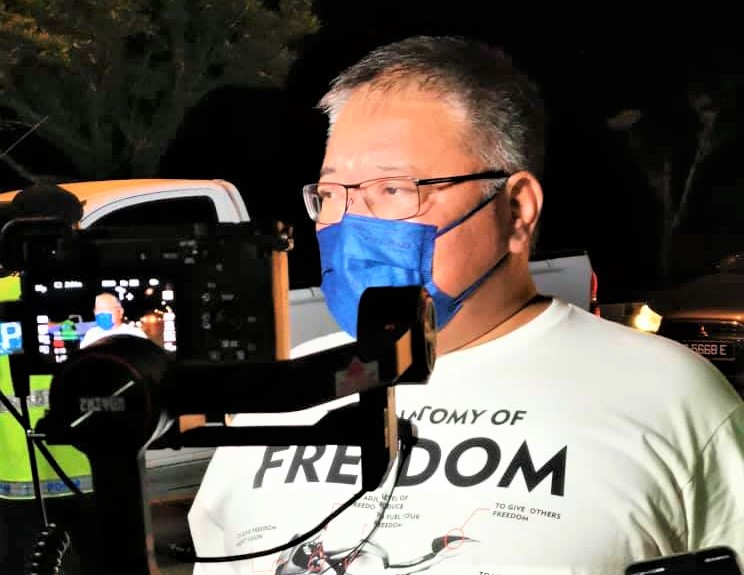