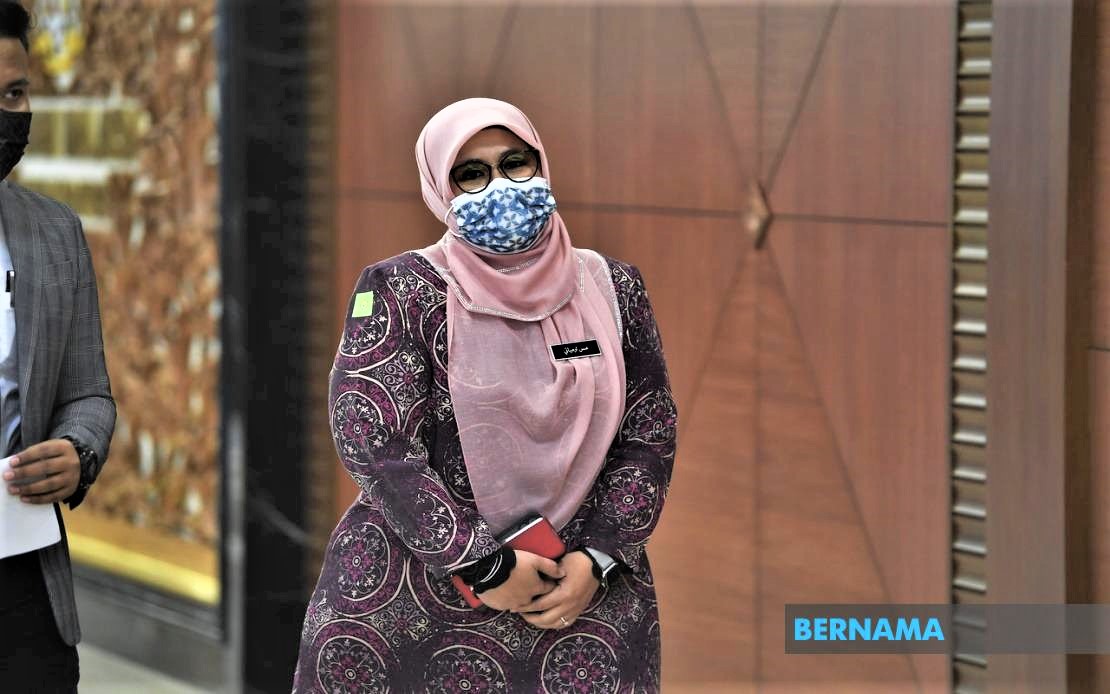 KUALA LUMPUR: Sabahans and Sarawakians residing in the peninsula are encouraged to apply for change of voting constituency based on the latest place of residence, as recommended by the Election Commission (EC).

Deputy Minister in the Prime Minister’s Department (Parliament and Law) Datuk Mas Ermieyati Samsudin said this was to facilitate voting for a general or by-election.

“Article 119 of the Federal Constitution stipulates that one of the qualifications to be registered as a voter is to be a resident in any constituency.

“For that purpose, the EC determines a voter’s constituency based on the voter’s address stated in the identity card,” she said when replying to a question from Maria Chin Abdullah (PH-Petaling Jaya) in the Dewan Rakyat today.

Maria wanted to know the action taken by the government to enfranchise voters who are abroad and the people of Sabah and Sarawak who are in peninsular Malaysia.

Replying to a supplementary question from Datuk Seri Wilfred Madius Tangau (Upko-Tuaran) on whether Sabah and Sarawak voters residing in the peninsula could do postal voting, Mas Ermieyati said currently only voters in certain categories were allowed to vote by mail.

Among them are EC staff, election officials, military, police and the General Operations Force (GOF) personnel who are on duty during early voting, media practitioners who are covering the election outside the constituency on polling day and Malaysians abroad.

Meanwhile, Mas Ermieyati said no Malaysian was exempted from being registered as a voter through the automatic voter registration, including those who were abroad. – Bernama

New law to deal with risk disasters to be formulated

Pepper board to focus on improving pepper quality at farm level