KUCHING: Eatery owners are pleading with the government to allow dine-in but with stricter standard operating procedures (SOPs) to help keep their businesses afloat.

Since May 4, dining-in has been disallowed in Sarawak and this rule has continued to stay on under the present movement control order (MCO) until June 28.

Only take-aways, drive-throughs and deliveries are permitted, while food delivery service providers are allowed to operate.

“This is accompanies by very tight SOPs, which eateries have been practicing since March 18 last year until today.

“We are confident that we can continue to adhere to the SOPs. With this, it should not be much of a problem for eateries to open up for dining-in,” he said.

Tan, who owns a coffee shop in Gala City Commercial Centre, said that when dining-in is allowed, workers can eat safely while observing the SOPs as compared to them eating in a confined space in the office or factory.

“Judging from the present numbers of people infected by Covid-19 when dining-in is not allowed, the figures have not dropped but instead have increased as other sectors are still allowed to operate.

“Disallowing eateries to provide dine-in services would not flatten the curve.

“So, I would suggest the state government to gradually allow dining-in in eateries,” he said.

“Since the implementation of the MCO, my business sales have dropped by 70 percent,” he said.

He added that normally university staff and students from nearby would go to eat at his restaurant, but due to the no-dining rule, there were fewer customers.

“If this were to continue, I am really afraid and worried that I would not be able to survive in the coming months,” he said.

Co-owner of a food and beverage stall, Tok Idi’s Kitchen in Matang and Kota Samarahan, Wan Mohd Hafizzudin, 22, said that since the MCO, his sales have also declined.

“Before the MCO and when dining-in is allowed, many customers would queue up to buy our food, but the situation is different now,” he said.

“However, we try our best to increase our sales by promoting our food and beverages on social media platforms and provide delivery service as well,” he said. 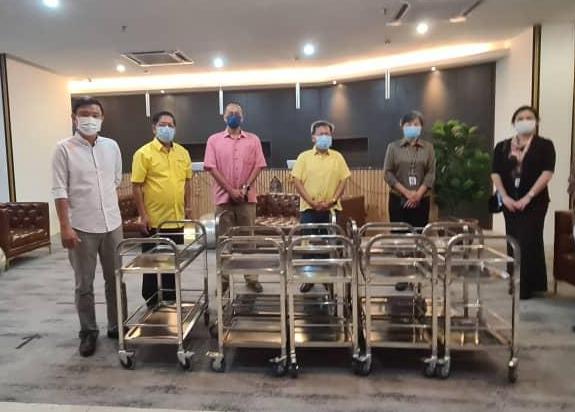 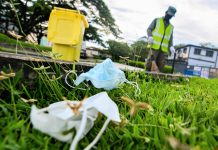