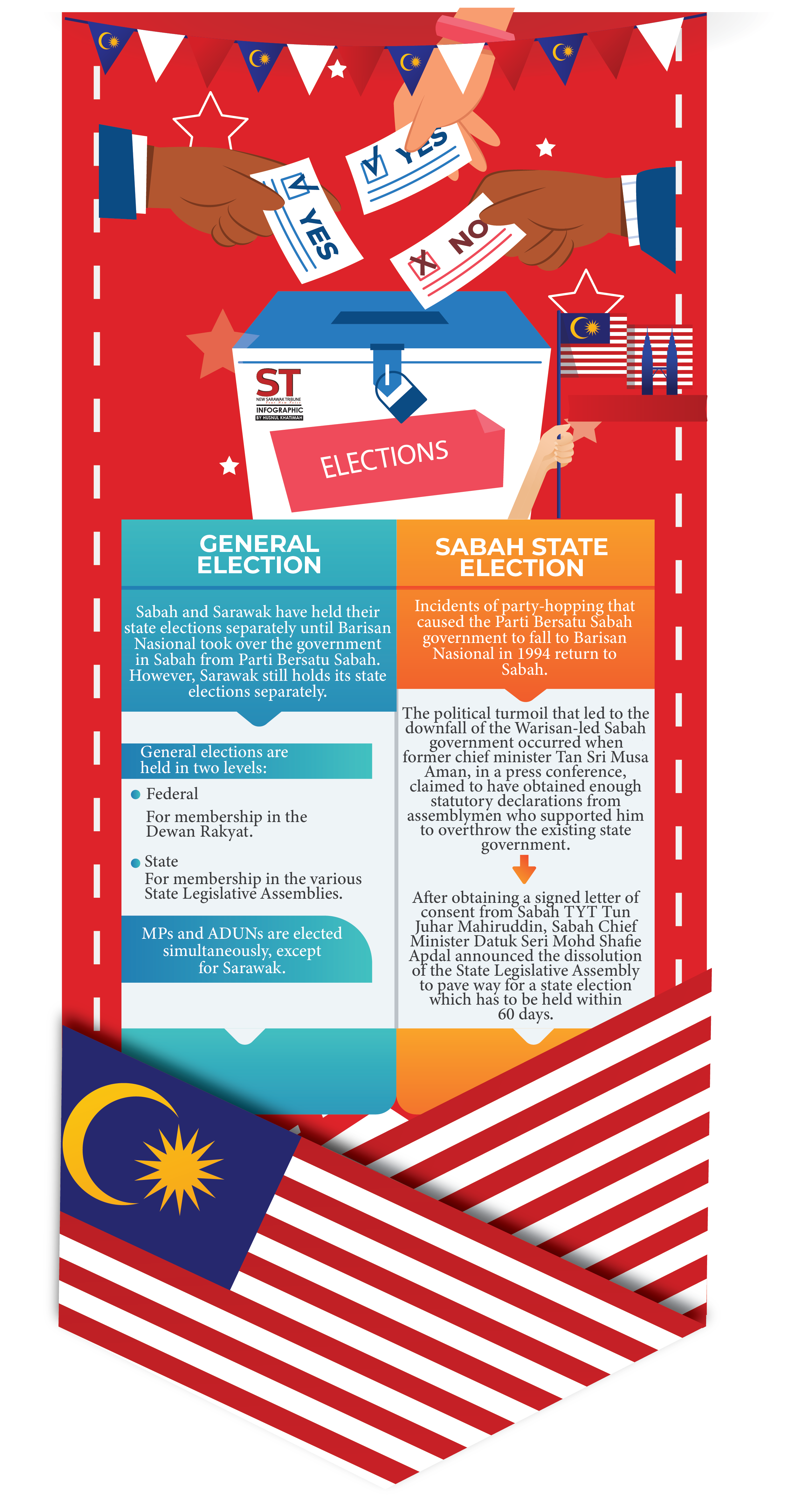 “The Sabah speaker needs to issue a notice (to the EC) first. Once the notice has been received, the EC will issue a statement,” said an EC official, when contacted by Bernama, yesterday.

Sabah Chief Minister Datuk Seri Mohd Shafie Apdal in a press conference in Kota Kinabalu yesterday announced the dissolution of the Sabah state assembly to make way for the state election and it has received the consent of Sabah Yang di-Pertua Negeri Tun Juhar Mahiruddin.

Mohd Shafie, who is also president of Parti Warisan Sabah (Warisan), said he would carry out his duties as chief minister during the dissolution period.

The Sabah state assembly currently has 65 seats. On Wednesday, former chief minister Tan Sri Musa Aman in a press conference claimed to have a simple majority to form a new state government. – Bernama

KUCHING: AZAM Sarawak will intensify efforts to facilitate development in Sarawak by promoting greater awareness on the importance of development communication. This was said by...

Prove loyalty first if you want to join GPS

KUCHING: Smart Reader Worldwide mourns the loss of its...

Thumbs up to Keluarga Malaysia Sales event in Dalat

DALAT: The sixth series of the Keluarga Malaysia Sales...

MIRI: The Petronas Ngiling Tikai programme is aimed at...

KUCHING: The Attorney-General's Chambers (AGC) and the Legal Affairs...

Talk on hoarding syndrome this Tuesday

MIRI: Are you suffering from hoarding syndrome? In layman’s...

BINTULU: Seven foreigners were each sentenced to 25 months...