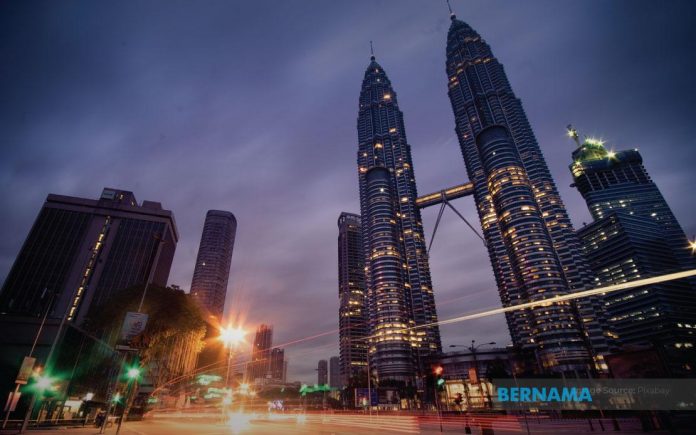 KUALA LUMPUR: The Leading Indicator (LI) for March 2020 recorded its largest monthly drop since November 1991, following the imposition of a two-week movement control order (MCO) beginning on March 18 to curb the spread of Covid-19.

The Department of Statistics Malaysia (DOSM) chief statistician Datuk Seri Dr Mohd Uzir Mahidin said based on the previous global economic crises, it found the expectation of LI for the next four to six months to reflects the forthcoming reality of the economic recession.

The department in its latest Malaysian Economic Indicators: Leading, Coincident & Lagging Indexes for March 2020 showed the LI declined further to negative 4.9 per cent in March 2020 from negative 0.8 per cent in the previous month.

The significant decrease were mainly attributed by Expected Sales Value in the Manufacturing sector (-1.7 per cent) and Number of New Companies Registered (-1.6 per cent).

Concurrently, the annual change of LI recorded negative 3.6 per cent in March 2020 as against 1.7 per cent in February 2020.

The sharp drop in the LI reflects the shutting down in non-essential business activities following the unprecedented restrictions in people’s movement to curb the Covid-19 pandemic.

“Thus, it is expected that the Malaysian economy will be facing a sharp slowdown in the near future.”

At a press conference later, Mohd Uzir said the LI for Malaysia and the Organisation for Economic Cooperation and Development (OECD) showed a similar trend where both indices showed flagging economy in March compared to the corresponding month in 2019.

The performance was in line with that of the United States (US), Australia, Korea, Indonesia, and Japan

Month-on-month LI for the United Kingdom, Germany, the US, Brazil, Euro, Euro Area, Australia, South Korea, Spain and Malaysia showed a decline except for China.

Citing an example, he said during the Asian Financial Crisis 1998, the LI signaled the direction of the economy for the next three months.

Likewise, during Dot-com Bubble 2002, the LI signalled a 10-month recession, besides tracking the 2008 Financial Crisis, the US Debt Crisis, and the 2009 Eurozone Debt Crisis and expected recession two months ahead.

The Malaysian economy is expected to be adversely affected by COVID-19 and the conditional movement control order (CMCO) in the second quarter compared to the third quarter.

“The big portion of the MCO is the Q2. The Q1 started on March 18 (for) about two weeks. But if we look at Q2, in May we’d already imposed conditional MCO,” he said.

Mohd Uzir said Malaysia’s economic growth was dependent on the growth of sectors, which relied on various factors such as external factors and consistent demand.

“This is what we need to see if the economic strength in Q3 will be based on the implementation of initiatives implemented by the government,” he said.

Overall, he said the second half of the year will be better than the first half. “The country’s economy will grow at an appropriate rate of 1.2 million businesses become vibrant again as soon as possible,” he said. – Bernama