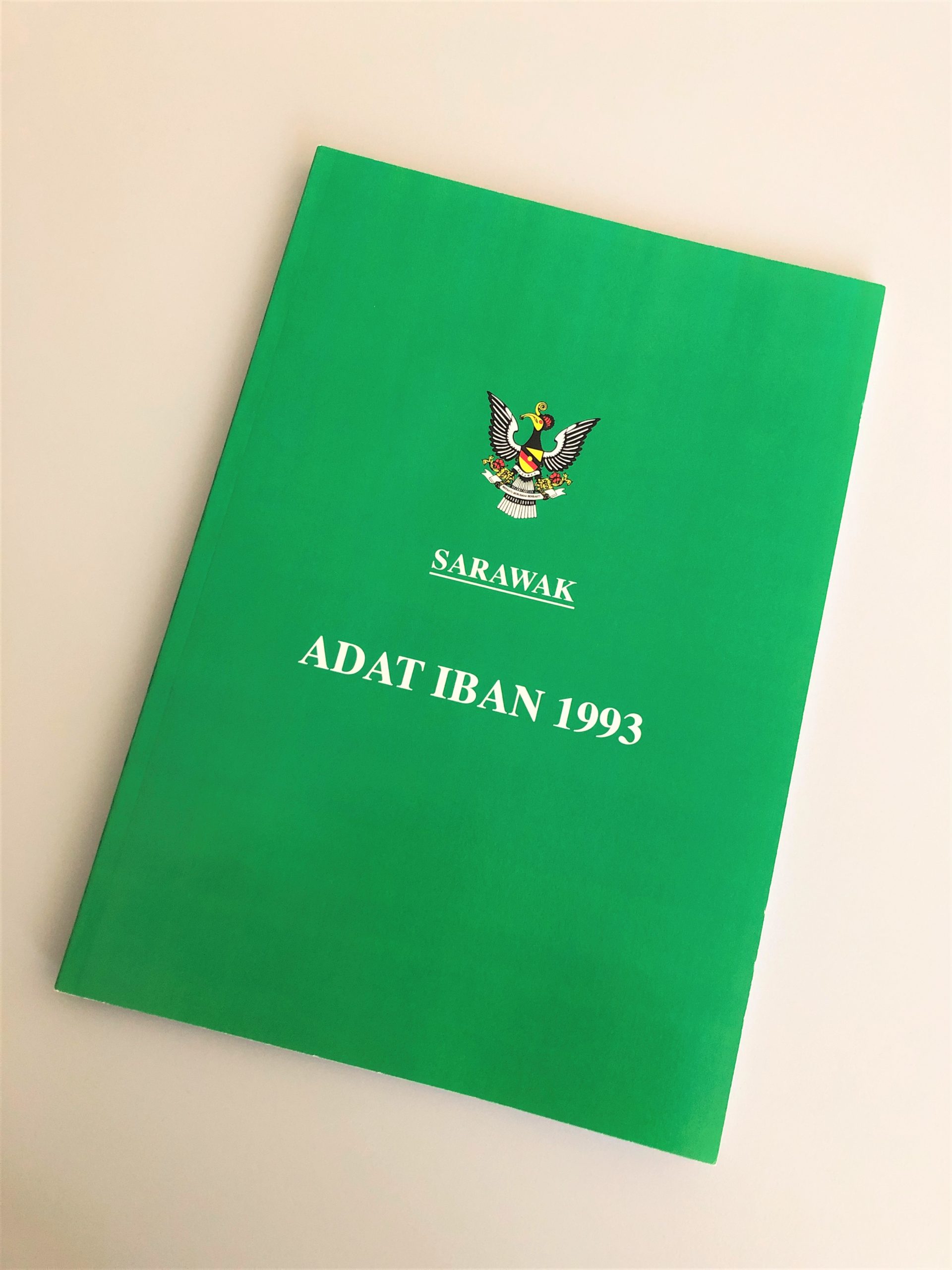 In the absence of justice, what is sovereignty but organised robbery.

Sarawak’s existing native court system has the potential to blaze new trails when it is regulated, controlled, ruled and led by established and entrenched traditions, customs and mores enumerated in the Adat Iban.

It must be a truly independent organ of the Sarawak government. Nothing more, nothing less. No frills, bells, whistles, surprises and hidden agendas. It must have its own funding, its own judges and lawyers, its own police force, its own prisons, and other indispensable facilities and amenities that tell the world that this is an independent bastion of law, equity and justice.

Although it has the support and endorsement of the Federal Constitution, the existing lacunae in its structure can be filled with genuine employment and deployment of native law and custom. It has only been marginally effective in other countries with large indigenous populations.

In Aotearoa New Zealand, the Maoris established thekotahitanga (Maori Parliament) which went awry when Maori aspirations strangely got mixed up with pakeha(white man’s)politics.

Native courts here are called Marae Justice Centers dispensing restorative not retributive justice. There are not many but a good start has been made where offenders are sent for an alternative system of resolving a crime or a civil action.

The biggest problem is the lack of its own independent personnel, police force and prison systems.  There is zero motivation, almost zero financial aid and assistance.

If one goes back to the 1835 Declaration of Independence (He Wakaputanga o te Rangatiratanga o Nu Tirene), the averred rights of the Native Maoris was carved in stone leading to the Treaty of Waitangi signed in 1840 in two languages, a recurring nightmare to present day Maoris.

No matter how you deal with the pakeha, the native is always disenfranchised. Native courts in Australia are still in its embryonic stages with its original peoples preferring limited contact with the Whitefella. In North America, some 400 tribes, clans, communities, bands and nations enjoy their own Native courts’ systems although regulated and limitedas “quasi-sovereigns.”

Not a very attractive proposition. Quasi-sovereign status is like the embittered husband who says he is the king of the household with his wife’s permission and endorsement.

Sarawak can stand alone in the world with an innovative mandate and a ground-breaking endorsement under international and national constitutional law to sustain and maintain a fully independent judiciary to attain a refreshingly different and unique standing for maintaining its independence and integrity by inviting and tolerating no influence, intrusion, intercession or interference from the executive and the legislature of Sarawak and Malaysia.

What else could an independent judiciary mean? Sarawak’s leaders are very well aware of the blazing floodlights of Article VIII of the United Nations Treaty Series No. 10760, which came into force on September 16, 1963, commonly known as the Malaysia Agreement 1963 or “MA63”:

“The Governments of the Federation of Malaya, North Borneo and Sarawak will take such legislative, executive or other action as may be required to implement the assurances, undertakings and recommendations contained in Chapter 3 of, and Annexes A and B to, the Report of the Inter-Governmental Committee signed on 27th February, 1963, in so far as they are not implemented by express provision of the Constitution of Malaysia.”

Here is a carte blanche for Sarawak’s legislature to pass a law, if not an amendment to its Constitution, to confer total independence of the judiciary of Sarawak as represented by the native courts using Adat Iban as one of the enduring and reliable sources of law in deference to Article VIII MA63, Article 39(2) of the Constitution of Sarawak, and Article 76(2), Article 145(3), and Article 160 of the Federal Constitution (FC).

Ultimately, it is the will of the people that get meaningfully manifested, voiced and expressed in written committee reports, treaties, declarations, agreements, constitutions and laws. An independent Sarawak judiciary can prevent a jurisprudence of corks bobbing in the waves of litigation, and instead make law reform necessary.

Judges and lawyers extracted from political and intellectual obscurity will be most useful and helpful to add traction, enthusiasm and encouragement to the constitutional potency of Article 27 of the Constitution of Sarawak which grants it the stature, standing and status as the supreme law of the land.

This offers immunity and autonomy – that inimitable hallmark of sovereignty. And with its Article 39(2), an independent Sarawak judiciary qualifies as one of the “special facilities” free from unnecessary interpretation.

Admittedly, an amended and augmented version of the Rules of Native Courts need to be prepared to accommodate native law and custom, and Anglo-American jurisprudence to increase and improve the understanding of international law in a local, regional and national context.

Sarawak’s leaders will surely come to grips with the pressing need of maintaining Sarawak’s territorial autonomy under international law which was the sole basis of Sarawak entering into the Federation of Malaysia.

An ombudsman-like Judicial Inter-Relations Committee could be set up as liaison between the native courts, the Dewan Undanagan Negeri (DUN) and the chief minister to ensure non-invasive and un-obstructive functioning of the lawmaker, the law enforcer and the law interpreter.

As the law interpreter, native courts should be a catalyst for the DUN’s law-making function as it grapples with interpreting, explaining and applying the law to conditions, occasions and circumstances that challenge its function.

Society evolves. The laws made a few generations may have no bearing for present day problems and issues, thus creating an opportunity for native courts to give meaning and utterance through the DUN.

Sarawak can set global standards with an independent judiciary overseeing every putative local, regional, national and international contingency. A Special Judicial Advisory Committee can be tasked with this imperative. Writing opinions can be initially handled by lawyers working as law clerks, like in the United States, and then passed on to the presiding judges who can spend precious time and effort to edit, amend, add, or amend accordingly.

This will greatly help the workload in the expected crowded dockets. It will be counter-productive to say these are lofty and impractical ideals because there is talent, skill and ability available in Sarawak from what I have witnessed.

Sarawak needs to become the judicial vanguard in the region. Nobody is misinterpreting or stretching the law that creates an ideal opportunity for a truly genuine independent judiciary.

The phrase “judicial power” was ejected from the original Article 121 FC after the 1988 Malaysian judicial putsch, but Sarawak’s native courts were unaffected. Article 160, Article 76(2) and Article 145(3) FC were left intact ostensibly for a reason and a purpose?

Sarawak must become addicted to meaningful change for the better without getting too liberal. And a permanent addiction to an independent judiciary is an addiction worth developing.

As Justice David Souter of the US Supreme Court warned: “There is a danger to judicial independence when people have no understanding of how the judiciary fits into the constitutional scheme.”

Sarawak should get busy understanding and applying the constitutional scheme afforded in Article VIII of MA63, Articles 27 and 39(2) of the Constitution of Sarawak, and to Articles 76(2), 145(3) and 160 FC.

This should be taught in secondary schools where our future leaders will hail from. We should take concrete steps and measures.