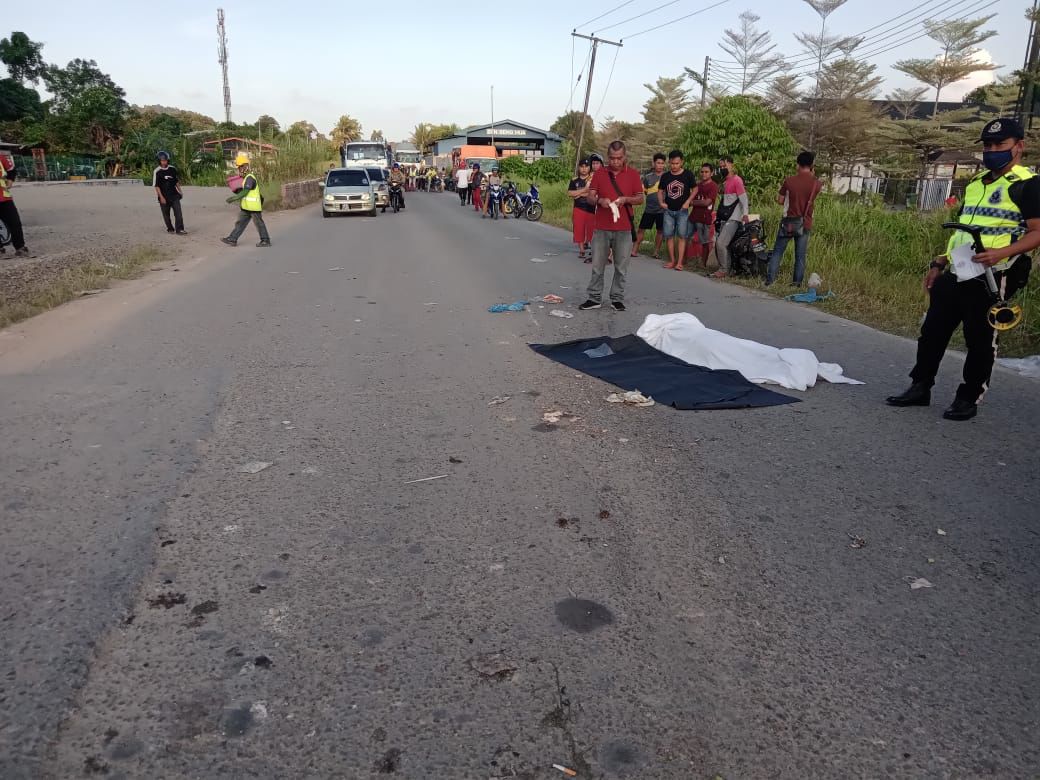 Elderly hit by two separate incoming vehicles when trying to cross the road, killed at the scene

SAMARAHAN: An elderly pedestrian was killed after being hit twice while crossing the road to dispose of rubbish.

“Preliminary report states that the victim, Leong Ah Onn, 80, was trying to cross the road to dispose rubbish into a rubbish bin.

“While crossing the road, a motorcycle heading towards Kota Samarahan from 7th Mile hit the senior citizen,” said the chief.

Sudirman added that the deceased was thrown away onto the left side of the lane towards 7th Mile and then was hit again by another vehicle coming from Kota Samarahan direction.

Ah Onn was killed on scene and his remains were brought to Sarawak General Hospital for post mortem.

The chief also stated that the weather at the time of the incident was clear and the case is under investigation under Section 41(1) of the Road Transport Act 1987.