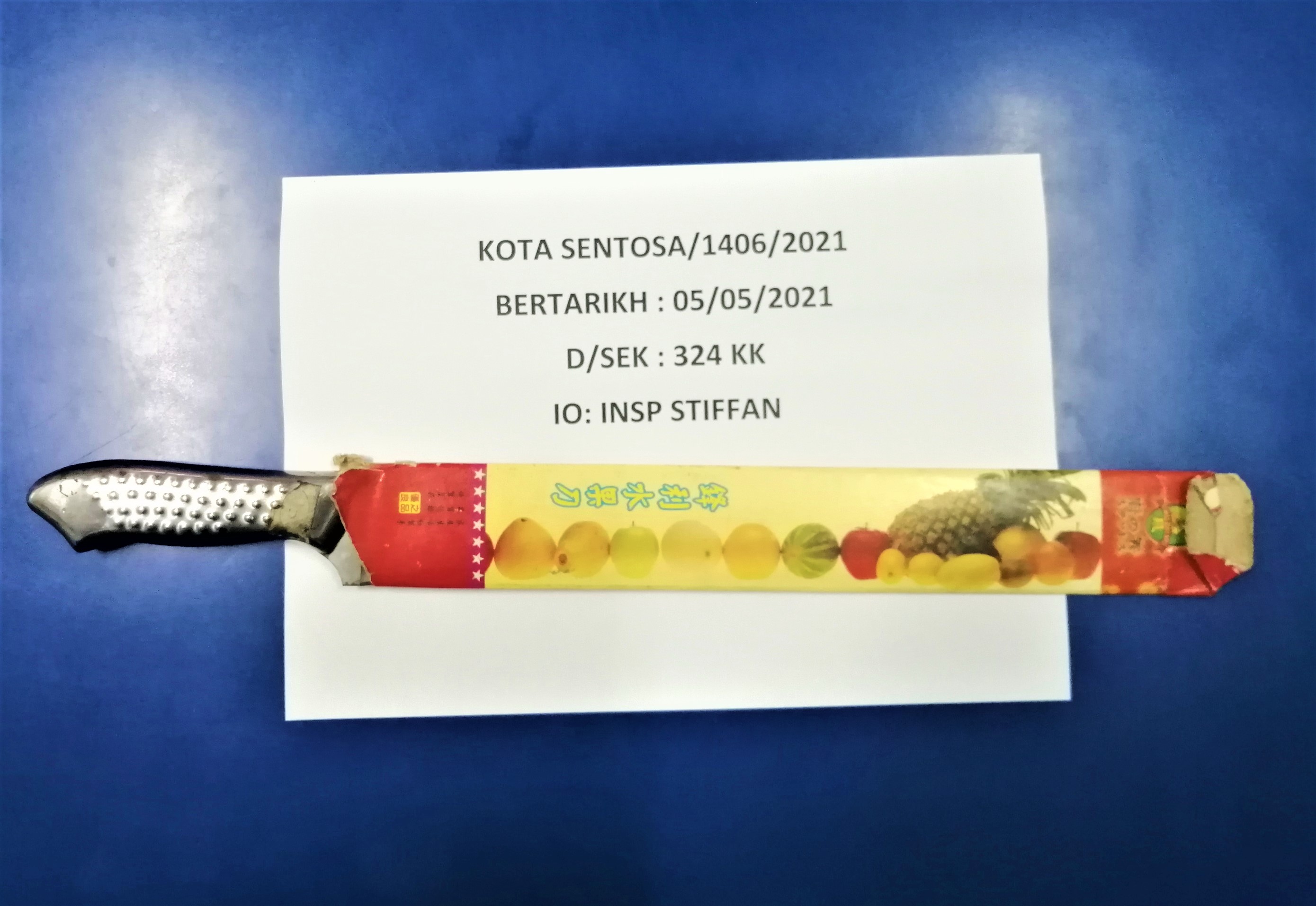 KUCHING: Police have arrested an elderly man for allegedly injuring his neighbour with a machete in a housing area at Jalan Stapok Utama last Wednesday (May 5).

The incident happened at 3.18pm when the victim’s wife (complainant) was driving her car and suddenly hit the suspect’s car that was reversing.

Both drivers got out from their cars and an argument ensued, following which the complainant called her 46-year-old husband over to help settle the matter.

Padawan deputy police chief DSP Lim Jaw Shyong who confirmed the case, said the suspect, 96, caused injuries to the victim’s back and the victim was rushed to hospital for immediate treatment.

Following a report lodged, a CID team arrested the suspect and seized the machete used in the incident.

Investigations found that both parties have lived as neighbours for 12 years in the housing area.

Lim added that during questioning, the suspect denied injuring the victim and claimed that the victim injured himself.

The case is being investigated under Section 324 of the Penal Code for voluntarily causing hurt with a weapon.