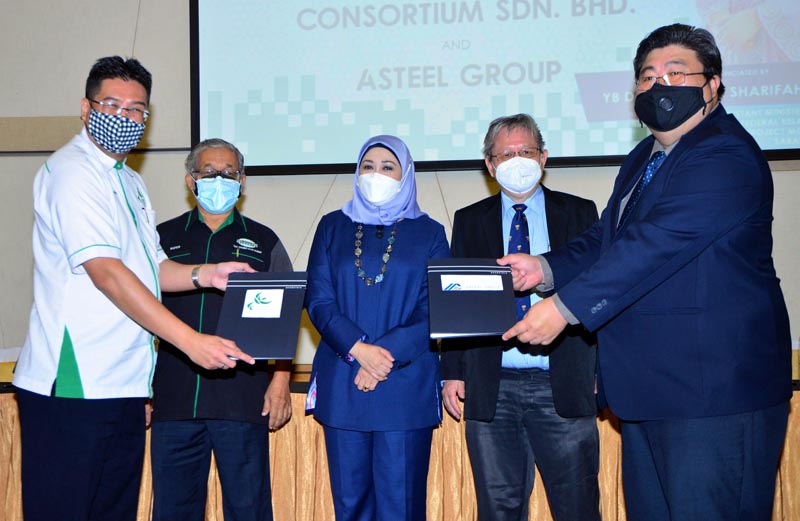 Abandoned kids cared for by grandparents

KUCHING: The 12th state election can be held within 60 days after the revocation of the Sarawak Emergency has been gazetted and the notice of that has been received by the state government.

“After that, we wait for the SPR (Election Commission) to announce the election date,” Assistant Minister in the Chief Minister’s Department (Law, State-Federal Relations and Project Monitoring) Datuk Sharifah Hasidah.

“Gabungan Parti Sarawak (GPS) is ready for the election. We are always on the ground,” she told reporters on Thursday (Nov 4).

Sharifah was met after officiating at the memorandum of understanding (MoU) signing ceremony on the use of Industrialised Building System (IBS) for the Samariang Avenue project between Hornbill Networks Consortium and Asteel Group at Borneo Convention Centre here.

The project is under the state government’s “Sri Pertiwi” affordable housing scheme.

Earlier in her speech, Sharifah said as the Samariang assemblywoman, she welcomed the project which was much awaited for by the locals.

“I want to thank Hornbill Networks Consortium and Asteel Group for finally constructing 90 affordable homes in Samariang. The homes are guaranteed not to have any defects for 10 years.

“It is time for us to do something good for the people who cannot afford to get something comfortable, affordable and of good quality,” she added.

She hoped more affordable housing projects under the state government’s ‘Sri Pertiwi’ initiative would be constructed in Sarawak.

“Such affordable home initiatives are meant for the B40 and M40 groups and under the federal government, they include the PRIMA, PPAM and PPR schemes while under the state government, we have schemes such as the Rumah Spectra and Sri Pertiwi.

“Both the federal and state governments have also introduced various schemes to provide more affordable projects for the younger generation.

“To be eligible for these schemes, applicants must be Sarawakians or permanent residents of Sarawak earning a gross income of between RM4,000 and  RM10,000,” said Sharifah.

Saying such schemes offered good pricings, she urged younger generation to grab the opportunity the houses.

She added that Chief Minister Datuk Patinggi Abang Johari Tun Openg had announced in the State Budget that RM10, 000 would be given as housing deposits to assist the B40 and M40 groups to buy affordable homes in projects sanctioned by the government.