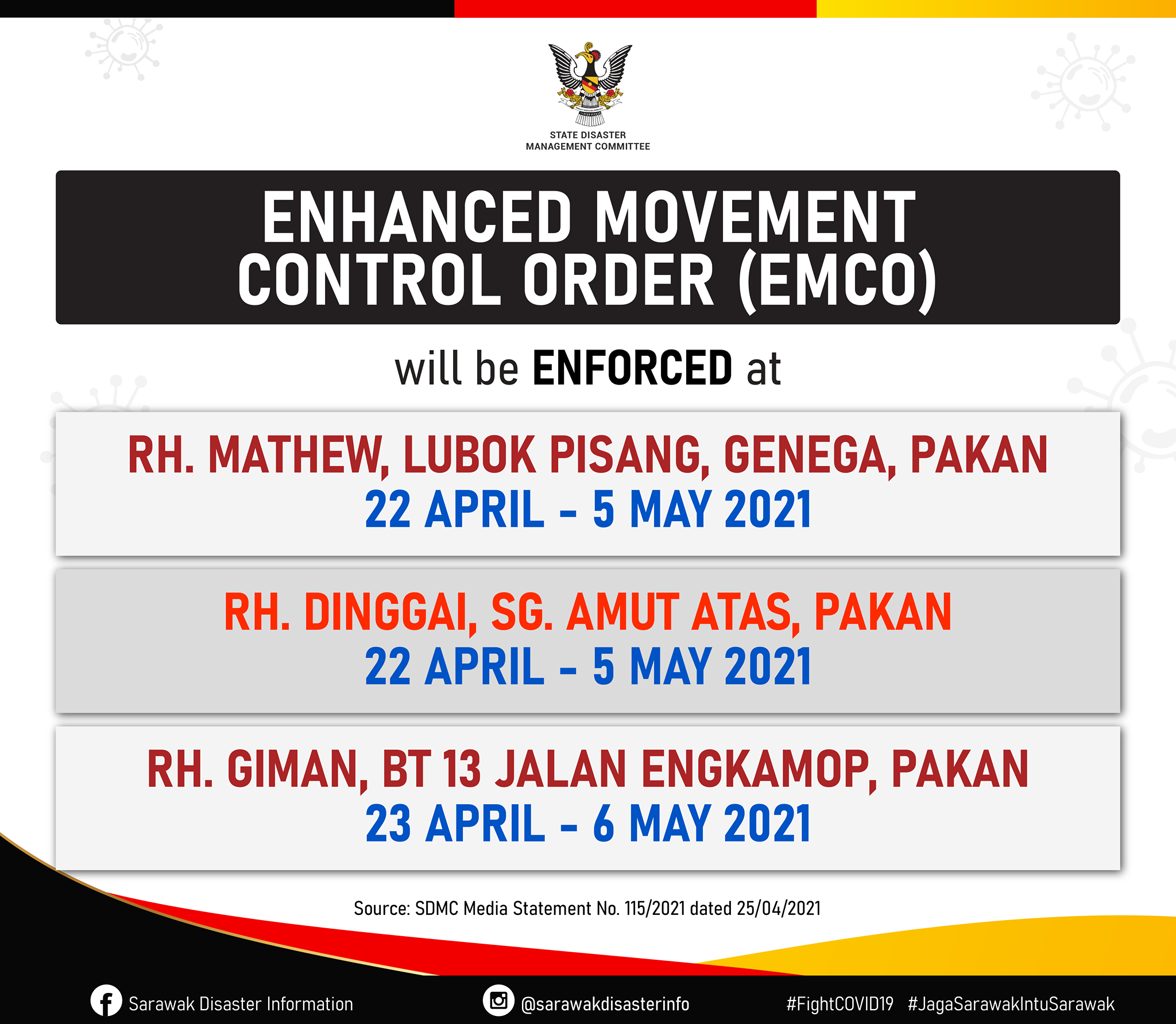 KUCHING: The enhanced movement control order (EMCO) will be enforced in three longhouses in the district of Pakan.

“Rumah Matthew and Rumah Dinggai will undergo EMCO from Apr 22 to May 5.

“As for Rumah Giman, EMCO is effective from Apr 23 until May 6,” SDMC said.

Meanwhile, the committee also said that the district of Lawas has changed status to yellow from green after one local infection case was recorded on Sunday (Apr 25).

“Lundu district has changed to orange status from yellow after recording 36 local infection cases in the last two weeks. This increased the number of orange districts to eight,” SDMC said.

The committee added that Julau and Matu have returned to orange status from red after recording 29 and 34 local infection cases respectively in the last 14 days.

“This decreased the number of red zones in the state to 19,” SDMC said.

Telang Usan and Simunjan remain as the only green zones in Sarawak while Lundu, Matu, Julau, Betong, Kabong, Sri Aman, Pakan and Marudi are the state’s orange districts.