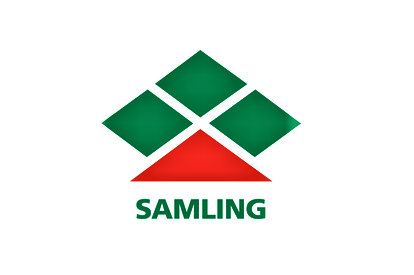 KUCHING: Malaysian timber giant Samling has denied accusations that it had encroached into Penan native customary rights or NCR land and that it was felling timber from “primeval forest” in the Upper Baram area.

Samling stated that it was accused again of trampling over Penan villagers’ rights by carrying out operations without the consent of village leaders.

“For anyone without knowledge of the process that governs the felling of trees in licensed areas, such reports will surely be ultimate proof of the destruction that is wrought by timber companies and the impunity with which companies trample on the rights of the indigenous peoples.

“But the truth is that such accusations are made by various non-governmental organisations (NGOs) which work hard to keep the facts from their readers, providing them only with a version of events that suit their own agenda. The reality on the ground tells a very different tale with restrictions on what can be felled, when it can be felled and how it should be felled,” the timber giant pointed out in a statement yesterday (25 Oct).

Samling pointed out that in order to harvest trees in the Sarawak Permanent Forest Estate, and under the forest timber licence conditions imposed by the Forest Department of Sarawak (FDS), licensees were required to apply for a Permit to Enter Coupe (PEC) and upon its issuance, practise the selective felling system which aimed to fell mature and over-mature trees without denuding the forest.

“While mature and over-mature trees are felled from licensed areas, FDS regulations require that this is done in such a way so as to leave behind residual stands with sufficient number of trees in the intermediate diameter classes to form the next crop of trees.

“In other words, the felling is extremely selective and areas are not cleared and left barren. This is to ensure sustainable residual tree crop in the next round of harvesting.

“As is stated in the FDS website, the system has been designed to safeguard the environment and takes advantage of the timber market demand. In harvesting the mature and over-mature trees, sustainability of the forests is assured.

“Thus, the system is designed to ensure that the dual aims of sustaining the timber industry and preserving the environment is met,” it explained.

Samling said admittedly some damage would occur from the tree felling as well as the construction of transport infrastructure, which could also lead to a degree of sedimentation and erosion.

However, these effects were temporary in nature and great effort was taken to provide the right conditions for vegetation to regrow and protect the damaged areas.

“When a PEC is issued for harvesting trees, the licensee is required to follow a sequence of operational activities that must take place under Operations 1-4 before any felling can begin under Operations 5.

“What all this indicates is that a PEC does not mean the immediate and arbitrary felling of trees by timber companies as it is simply impossible because that is not how the system works,” it explained.

Samling said the accusations that felling would begin as soon as timber companies were awarded the PECs were essentially untruths.

It stated that aside from the environment safeguards, the authorities also imposed strict conditions to ensure that harvesting did not take place in hill forests on steep slopes with gradients of 35 degrees and above as well as in forests in water catchment areas.

“Areas that have been identified and certified by the Land and Survey Department of Sarawak as NCR land are excised from the forest timber licences. Disputes over the classification of NCR land continue simply because the issue is a very complex one with a history dating back for decades.

“It is worth noting, however, Deputy Chief Minister Datuk Amar Awang Tengah Ali Hasan announced recently that over 1.005 million hectares of NCR land had been surveyed under a new initiative that began in 2010. Of these, over 778,000 hectares has been gazetted,” it added.

Samling said it was also important to note that the survey was being carried out with the consent of the land claimants and if the claimants did not want their land to undergo the perimeter survey, the work would not be carried out.

It also said the same condition applied to land still in dispute and under trial in the courts.

“The point here is that the timber industry in Sarawak, similar to timber industries the world over (that follow Sustainable Forest Management Guidelines or Certification processes), is subject to stringent conditions and restrictions simply because every party concerned is acutely aware of how important it is to ensure the sustainability of our forests.

Samling pointed out that the timber industry in Sarawak had provided jobs for thousands of locals including native communities for many years.

The expansion into downstream activities had also resulted in better skills training for local communities and greater financial security.

“Sarawak is in the process of establishing industrial tree plantations (ITPs) that will eventually be the source of all raw materials for the timber industry. While ITPs will replace a small proportion of forests, establishing such managed forests is a key step in ensuring that further deforestation is reduced to a minimum,” it said.

Samling added that such an approach had been endorsed by the United Nations (UN) Food and Agriculture Organisation, which also called for a “realistic balance” to be struck between conservation goals and local needs and demands for resources.

“A realistic outlook is key here; idealistic or romantic notions do not lead to sustainable solutions. The livelihood of a wide range of communities is at stake.

“To view the issue through the blinkered lenses of NGOs and to take the narrowest and most extreme path will not provide jobs or put food on tables,” said the timber giant.