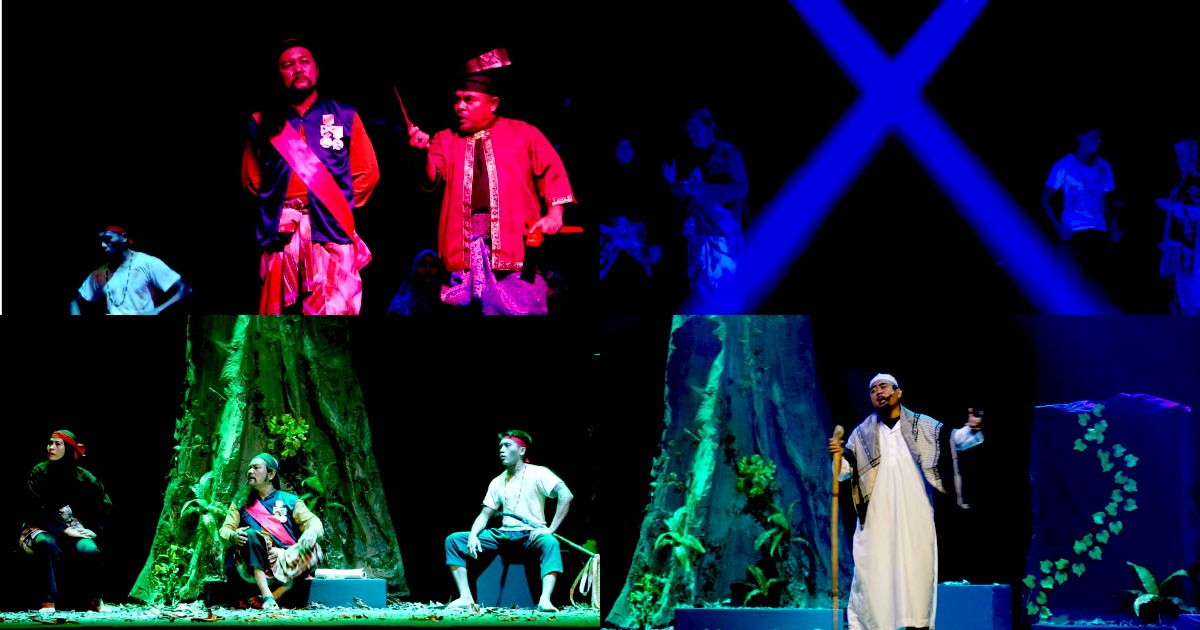 KUCHING: Staff members of Dewan Bahasa dan Pustaka (DBP) Sarawak Branch made a smash of it when they wowed over 200 theatre fans with their performance in ‘Aum Romude’.

The theatre play was showcased on Friday night (June 24) at DBP’s Balai Budaya and it was held in conjunction with DBP’s 45th anniversary.

The one-hour play tells a story about a group of warriors who are mastering up a plan on how to save their beloved state of ‘Gapura di Bawah Gunung’ from being invaded after their king was murdered by a foreign adventurer.

DBP Sarawak Branch deputy director Jaafar Hamdan was the director and scriptwriter for the theatre play.

Individuals involved must face the music

Willie an ordinary member in PBB