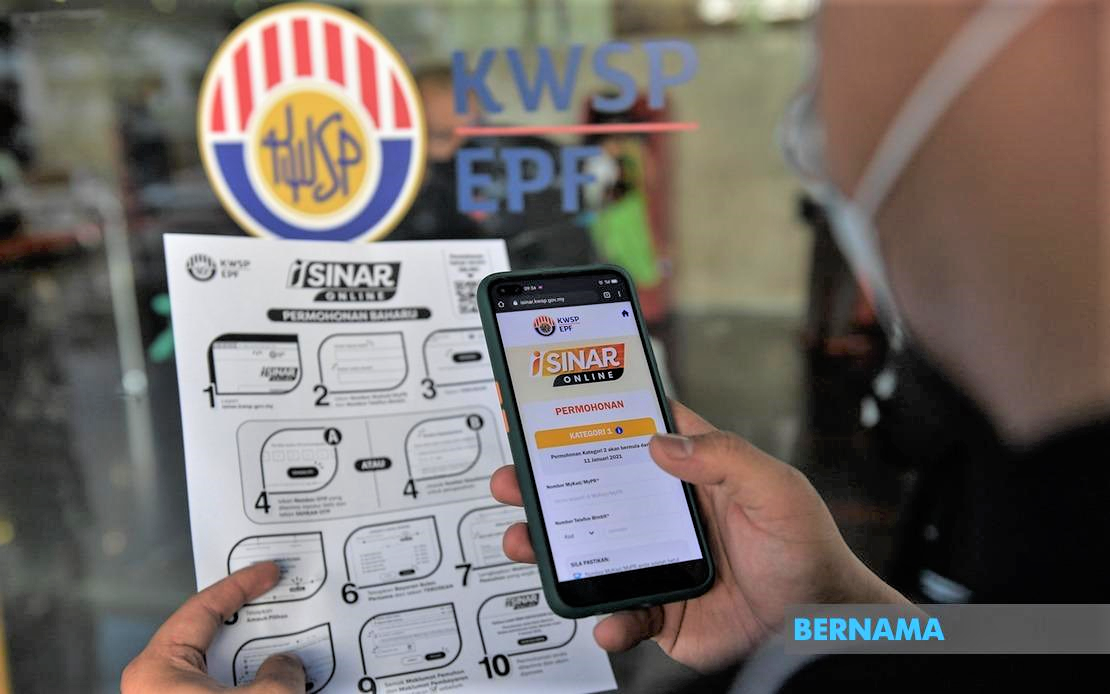 EPF withdrawals should be the option of last resort

KUALA LUMPUR: A rule of thumb every employed person should abide by is not to touch his or her retirement fund, no matter what happens.

However, not everyone has the financial resilience to withstand the economic shock brought on by major events, such as the COVID-19 pandemic and the lockdowns that came with it.

The coronavirus impact hit Malaysia’s economy hard with the unemployment rate jumping to 5.3 per cent in May 2020.

The economic impact has dissipated since as the country’s jobless rate went down to 4.3 per cent in the fourth quarter of 2021 — the lowest level since the pandemic hit the country – as demand for labour surged amid recovery.

The ringgit, too, has been badly affected by the pandemic.

The weakened currency has adversely affected the purchasing power of Malaysians as more of the local notes are required to exchange for US dollars.

This means that the living standard of Malaysians will decrease due to the lower purchasing power.

For some people, a retirement plan remains a pipedream. One cannot invest in the future when his or her present circumstance is bleak.

For example, currently, 48 per cent of 6.1 million members of the Employees Provident Fund (EPF) under the age of 55 have less than RM10,000 in savings in their retirement fund.

In the latest move to help those in need, the government has allowed another round of RM10,000 EPF withdrawal. Is this a sensible move?

Prior to the latest withdrawal, the government had already allowed EPF savers to withdraw up to RM71,000 from their retirement funds through three EPF withdrawal programmes, which collectively amounted to RM101 billion.

As highlighted by the EPF, this has led to a total of 6.1 million members now having less than RM10,000 in savings in their retirement funds. The fund further emphasised that as of October 2021, 3.6 million contributors have less than RM1,000 in their accounts.

From this group, two million Bumiputera members have less than RM1,000 savings.

CGS-CIMB Research said despite the positive short-term impact, the latest RM10,000 withdrawal is likely to exacerbate the pending retirement crisis and the past three withdrawals have reversed over 10 years of efforts to achieve basic savings goals.

“In fact, the basic savings requirement is based on the household poverty line income of RM930 monthly, which is a modest estimate,” said the brokerage firm in a research note today.

Only 27 per cent of active members were able to meet the basic savings requirement, from 36 per cent before the pandemic, the research house observed.

Hence, amid the economic recovery, EPF withdrawals should be used only in emergency situations and as the last resort.

The Institute for Democracy and Economic Affairs (IDEAS) believes that the decision to continue to allow EPF withdrawals were not grounded on sound economic logic but was a knee-jerk reaction to a political agenda.

The think-tank said such short-term thinking will have a detrimental impact over the long run and has urged political leaders to consider the negative impact such a policy entails for pensioners and future generations.

Recently, Finance Minister Tengku Datuk Seri Zafrul Aziz said the EPF would have to dispose of more of its overseas investments, as well as halt domestic investments in the short to medium term if another RM10,000 withdrawal were to be allowed.

Universiti Kuala Lumpur (UniKL) Business School economics associate professor Aimi Zulhazmi Abdul Rashid has likened the selling of the EPF’s overseas portfolio assets to “killing the goose that lays the golden eggs” as the EPF had announced that 37 per cent of its 2021 investment income came from overseas as the domestic market was not encouraging.

“Thus, if the EPF is forced to sell more of its overseas portfolios, it will affect the contribution to EPF’s income in the long term. The global economy and financial climate have not fully recovered from the COVID-19 pandemic,” he told Bernama.

Aimi also noted that the Russia-Ukraine war has led to rising commodity prices such as crude oil, triggering high inflation, and cited that the US inflation rate of 7.9 per cent in February 2022 was the highest in four decades.

“So, with high inflationary pressures, fund managers must work hard, such as the EPF, which not only needs to invest strategically to get good returns but also protect the savings of contributors,” he added.

Survival of the Fittest

Raising the minimum wage, ensuring there are enough jobs in the market, and addressing the rising prices of essential goods would be better ways to protect the workforce.

At the time of writing, the government had just announced the much-anticipated RM1,500 minimum wage policy that will be implemented on May 1.

Aimi said a new social safety net is required as Malaysia is fast becoming an aging nation, even by global standards, according to the World Bank’s projection.

“The statistics were already gloomy even before the approval of the one-off RM10,000 withdrawal was given; as many as 6.7million contributors were already having less than RM10,000 in their individual EPF accounts,” he said. “In addition, a very scary fact was revealed that out of the 6.7million, about 60 per cent have almost nothing in their accounts.”

He also pointed out that the latest approval of the one-off RM10,000 withdrawal would further reduce EPF coffers and would impact the retirement fund’s investment portfolios.

“This needs a balancing act, but the worrying situation is the massive crisis in retirement over the next several years,” he said, adding that the reality is tougher as the increasing cost of living in Malaysia is faster than the growth in income.  “Certainly, it is almost impossible to rely on the minimum balance after the EPF withdrawal, and in my perspective, most Malaysians can no longer rely on the EPF for their retirement.”

According to data by the World Bank, Malaysia had already become an ageing society in 2020, with approximately 7.0 per cent of the population aged 65 and above.

Based on the latest projections, Malaysia will become an “aged society” by 2044 with over 14 per cent of its population above the age of 65.

IDEAS director of economics and business Juita Mohamad has stressed that it is crucial that Malaysia’s increasingly expanding pensioner population have an adequate cushion when they hit retirement.

“With the economy recovering and the job market strengthening with the absence of lockdowns, IDEAS believes that EPF withdrawals should be used as the last resort and in emergency situations only,” she said, adding that there are various existing funds that can be used at both the federal and state levels, such as the zakat funds and the National Disaster Relief Fund. – Bernama