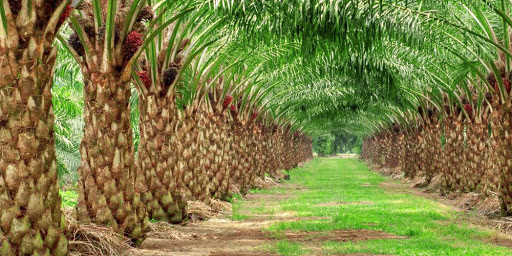 In his statement, Thong urged the state government to discontinue Salcra’s operations and instead allow smallholders to run their oil palm estates.

“It should be noted that it was the smallholders who organised themselves and requested the government agency to develop their native customary rights (NCR) lands which have been cultivated for generations and have become less and less fertile,” he said in a statement which also contained similar rebuttals by other participants.

On the claim that Salcra’s current business model has not provided optimal benefits, Thomas pointed out that several participants had received accumulated amounts of more than RM1 million from the net proceeds or dividends from Salcra.

“All the proceeds from the sales of fresh fruit bunches (FFB), after deduction of operational costs, are disbursed direct to the landowners’ individual bank accounts twice a year.

“Lands are locked for 25 years only, after which the participants can take back their land if they opt not to continue their participation in Salcra’s projects.

“Every land title is presented or given to the landowners for their own safe-keeping,” he said, adding that each plot of land was surveyed under Section 18 and given title in perpetuity at no cost to the landowners as well.

He said it should also be noted that landowners did not own any palm oil mills.

Meanwhile, over in Bau, Jeron Loben said detractors should do in-depth research on Salcra first before issuing controversial statements.

“Rural natives need help from the government to develop some of their lands. Not all of us have the money and expertise to manage an estate so we still need a government agency like Salcra to help us,” he said.

He questioned if critics had ever seen or met the officers of Salcra, many of whom are locals and are also landowners.

“They are the ones running the daily operations of the estates,” he said.

He said Salcra project participants did not only see Salcra’s success through monetary profits but also other aspects such as roads that have made it easier for villagers to carry out their daily activities.

“In terms of land security, Salcra is very serious and sincere in resolving the NCR land issues and working with the Land and Survey Department to issue land titles to participants,” he said.

He said Salcra also provided loans to participants to further their children’s education at institutions of higher learning.

“Through cooperatives established by Salcra, participants also get shares in Salcra factories. We, as participants are satisfied that Salcra provides good and transparent governance,” said Loben.

A former worker of Salcra, Pelangi Dato of Sekuau, Sibu, said after 32 years he had seen how the authority had brought significant changes to the rural communities, such as those in Lemanak, Sri Aman where he was first posted.

“If you were to compare Lemanak or Lubok Antu District then and now, you can see the tremendous changes in the district due to Salcra’s land development. The same goes for Serian in areas like Kedup, Mongkos, Melikin and Taee, where I have been posted,” he said.

Speaking on behalf of NCR landowners in Sekuau, he said no attempt should be made to dismantle an agency which had proven successful in transforming the rural communities.

“It must be understood that it was not Salcra which wanted to develop our land. It was the landowners who asked Salcra to help them. They gave their consent.

“We, the landowners, have complete freedom of choice in deciding on which agency or sector to develop our NCR land,” he said.

In Lundu, Ketua Kampung Adris said it was not right and unfair to call for discontinuation of Salcra’s operations because its production was of the same level as the industry standard.

“It is undeniable that there are some areas which are less productive as there are not many planting points due to the steep hills. We cannot equate the revenue or yield of Salcra with certain private estates which operate on flat and contiguous areas,” he said.

He said Salcra had greatly benefitted the rural communities in terms of infrastructure development and dividend payments each year.

“Salcra also provides jobs such as small contractor roles to some participants. I, as a Salcra participant, am satisfied with what Salcra has provided for us,” he said.

Council to abide by ministry’s decision on licencing

No one will be left out