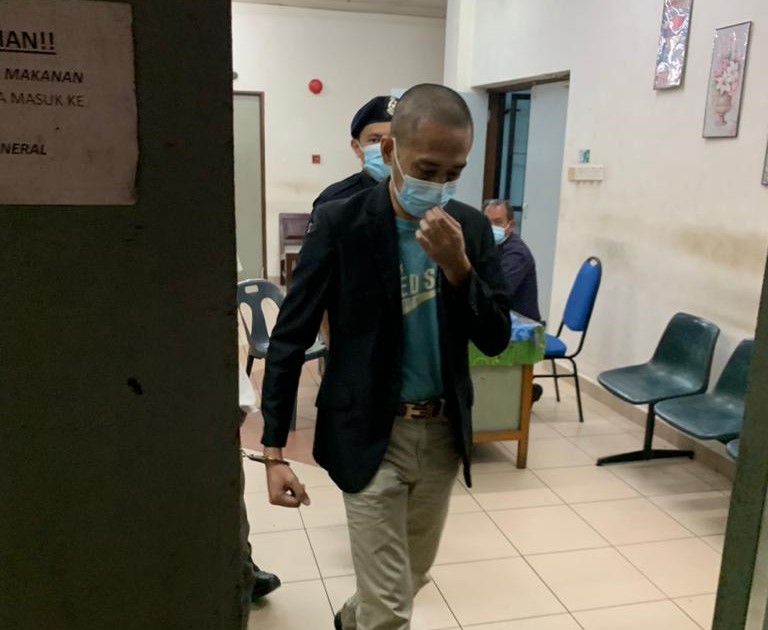 Ex-cop to hang for killing of wife

KUCHING: A former policeman has been sentenced by the court here to death by hanging.

Judicial commissioner Christopher Chin Soo Yin on Tuesday (March 9) ordered former inspector Mohamad Sohffian Abu Hassan to the gallows after being found guilty of killing his wife, Siti Nadrah Abdullah, 33, at a house at Kampung Kakai Serian at 3.15pm on May 21, 2017.

The court in its judgement, was satisfied that the prosecution had succeeded in proving the case beyond reasonable doubt and held that all the statements made by the accused in the trial did not indicate any possibility of self-defense.

Chin said as a senior police officer, the 38-year-old accused had shamed the uniform.

“As an enforcement personnel, the accused has smeared charcoal on the faces of other members of the force, who work hard day and night to uphold justice.

“The community often interact with enforcement authorities as friends and enforcers of justice but the accused’s actions are the opposite and have damaged this trust.”

According to the facts of the case, the accused drove from Kuching to the victim’s house in Serian, about 70km from Kuching, and found the victim with a friend – a drug addict named Tommy.

The accused was a senior police officer on duty in Belaga at the time of the incident.

The accused was furious after finding out that the victim was having an affair with another man, prompting him to use his firearm against the victim.

The victim and the accused were both in the bedroom when the gun, registered to the accused, was fired.

When she was shot, the victim was only wearing a green towel.

The bullet hit the victim’s neck on the left side and exited on the right. When an examination was made on the accused’s hand, which was abraded on the left side, it was found that the abrasion was due to the pull of the trigger of the weapon.

After shooting, the accused did not lodge a police report and fled the scene, even though the defense said he shot the victim accidentally.

Deputy prosecutor Yong Suk Hui was present for the prosecution while the accused was represented by lawyer C.M Sundram.