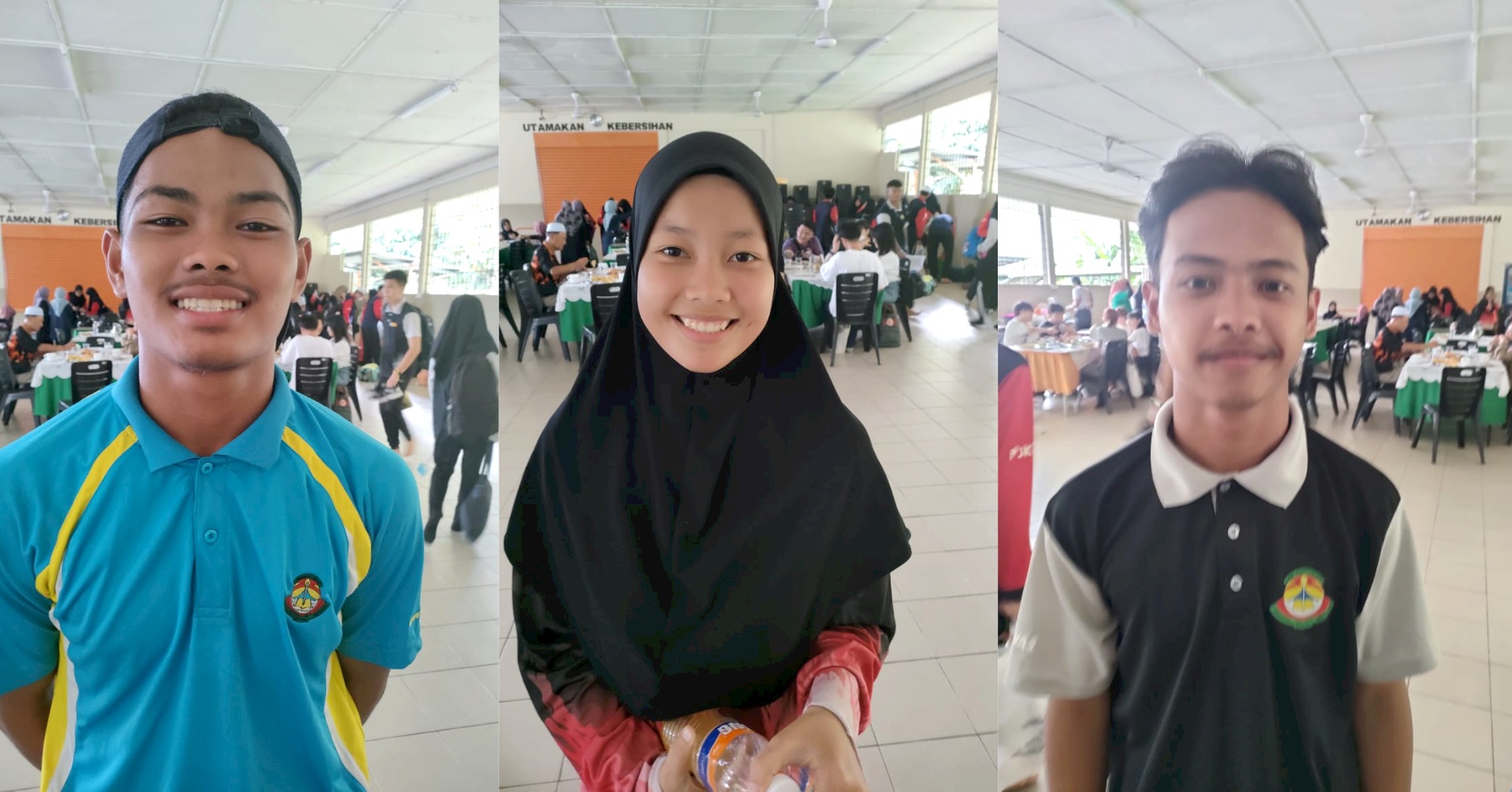 KUCHING: Students from Santubong Secondary School were thrilled to meet the Japanese students from Tokyo University of Foreign Studies (TUFS).

They were also excited about learning some of the Japanese words through the mini workshops conducted by the Japanese students which were led by their visiting lecturer Faridah Mohamed.

As much as 86 students from Form 5 participated in the short period workshops and at the same time, they were entertained by the performance of the Anak Samurai group, of which they sang one of the most popular opening themes from one of the most beloved Japanese animation television series, Doraemon.

New Sarawak Tribune had a chance to sit down with some of them to find out how were they feeling on the workshop, as well as whether they agreed if there should be more exchange programme happening between both sides.

“In my honest opinion, I believe that it is a good thing they conduct these workshop so that we can learn some Japanese words, plus once we are able to converse it by then, we shouldn’t pronounce the word wrongly anymore. Plus to learn any foreign language is a golden opportunity so that it would make us easier to communicate with them as well. And I hope such programme will continue in the near future.”

“For me, learning foreign language just like what we did just now is good for ourselves, plus it would make it easier especially when we want to go to Japan, for instance, whether for a school trip or for leisure. And it’s a good thing they come here to teach us on their language.”

“I really hope that with the workshop, more exchange between us and the Japanese students can be organised more and it is a good way to ease the communication between Malaysia and Japan, and at the same time, the collaboration and understanding would be further improved. Plus it also makes it easier for us to exchange ideas and information with each other.