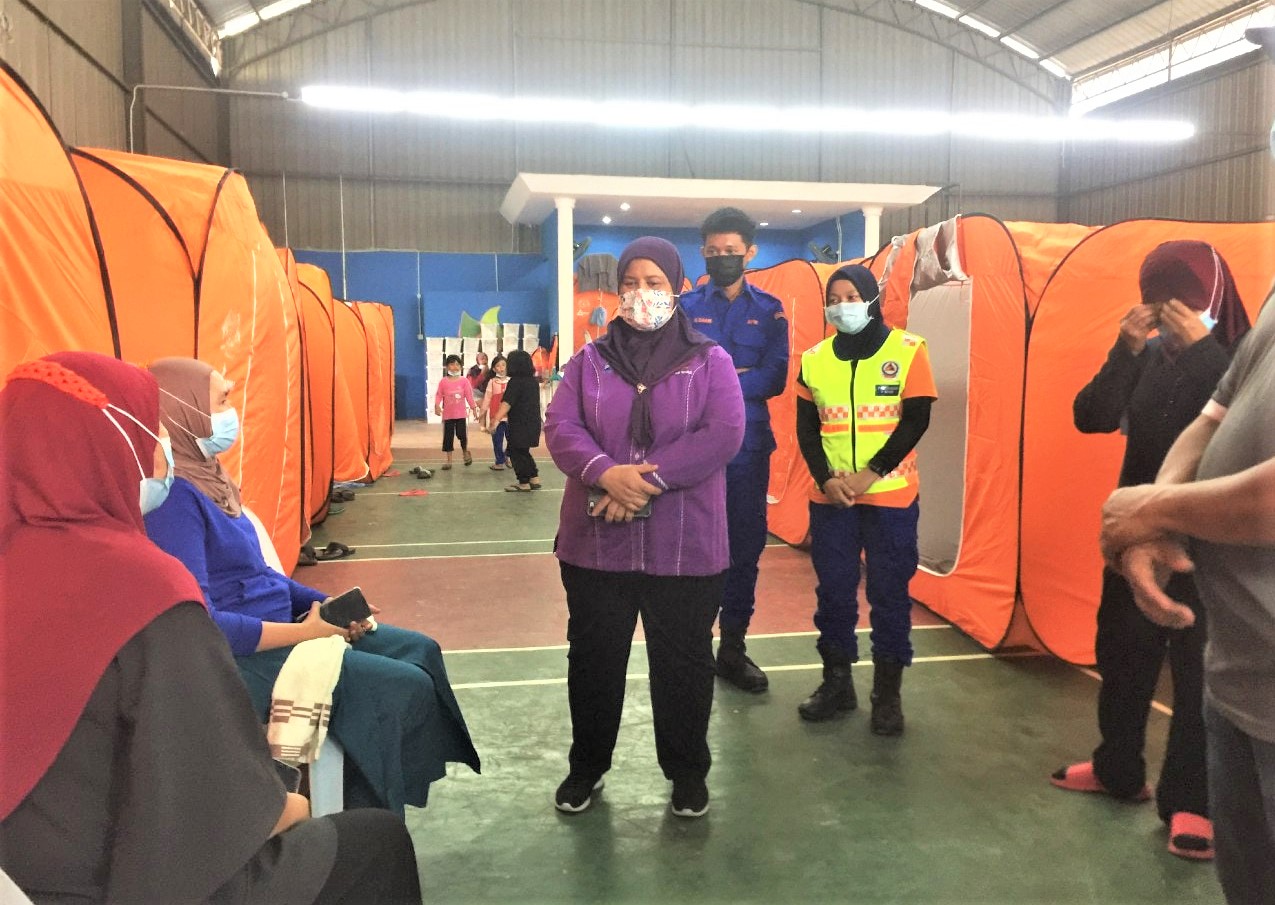 KUCHING: The federal and state governments were urged to expedite the flood mitigation plan in Kota Samarahan following the recent flash flood which has affected residents in the area.

Kota Samarahan MP Rubiah Wang said she has raised the issue since 2017 where a plan is needed to overcome flooding in future.

“The recent floods were part of an expected disaster. There is a possibility of flooding again next week due to the king tide phenomenon.

“Such double whammy in terms of floods and Covid-19 require the authorities, such as the Samarahan Division Disaster Management Committee, to make adequate preparations to face any situation,” she said when met after visiting the temporary relief centres (PPS) in Kota Samarahan on Saturday (Feb 20).

The recent incessant rain from midnight on Thursday (Feb 18) has caused most of the areas in Samarahan district to be flooded.

Among the areas that were badly affected were Taman Samarindah, Taman Muara Tuang Park, Kampung Pengkalan Kuap as well as Taman Univista, which is currently placed under the enhanced movement control order (EMCO).

The recent flood has also caused part of the Kuching-Samarahan Expressway to be inundated, leaving only one lane passable to traffic.