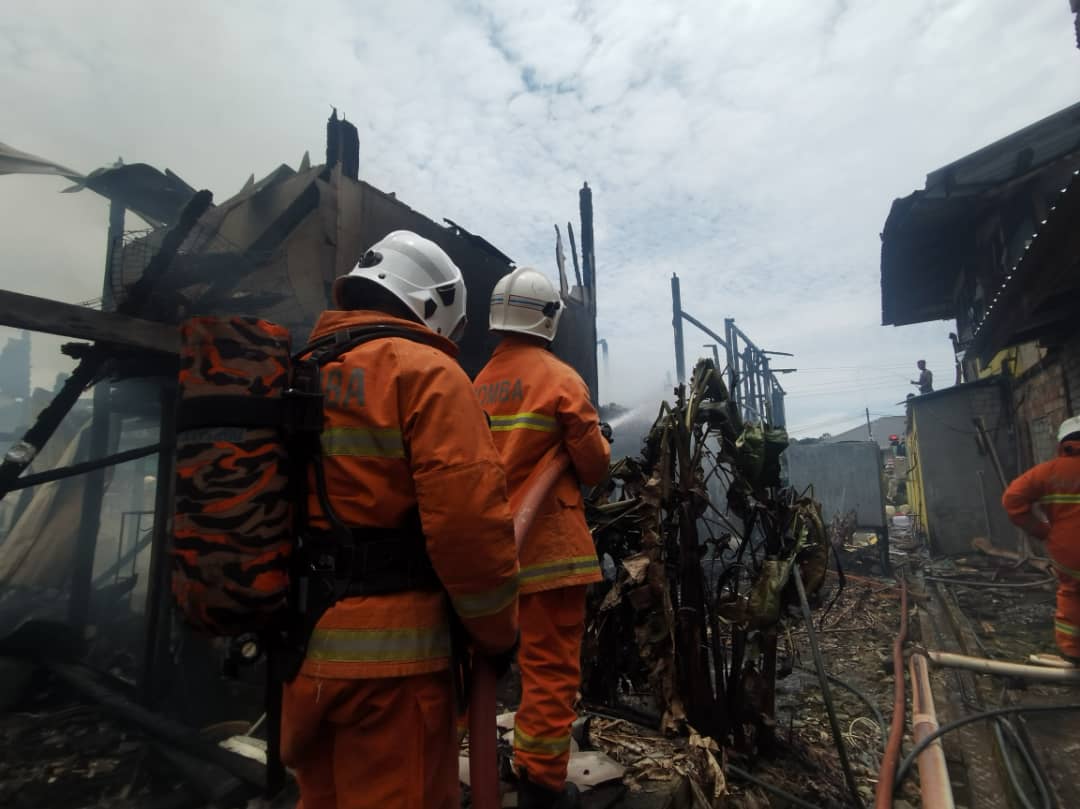 KABONG: A family of six were left homeless after their house was burned to the ground in Kampung Baru Darat today.

Fortunately, no injuries or casualties were reported in the incident as the tenants managed to get out to safety.

One of them suffered chest pain due to shock and has been taken to the hospital by one of the family members.

A spokesman from the Fire and Rescue Department (Bomba) said firemen from Saratok station were despatched to the scene, about 51km from the station, after receiving an emergency call around 11.35am.

Upon arriving, they found that the house was completely destroyed and the extinguishing deed was promptly carried out.

The flames were brought under control around 12.30pm and it was fully extinguished around 1.03pm.

A double-storey house located next to the burned house, suffered about five per cent damages on the exterior wall.

After ensuring that the situation is safe, the team departed back to their station. The cause of the fire and losses incurred is still under investigation. 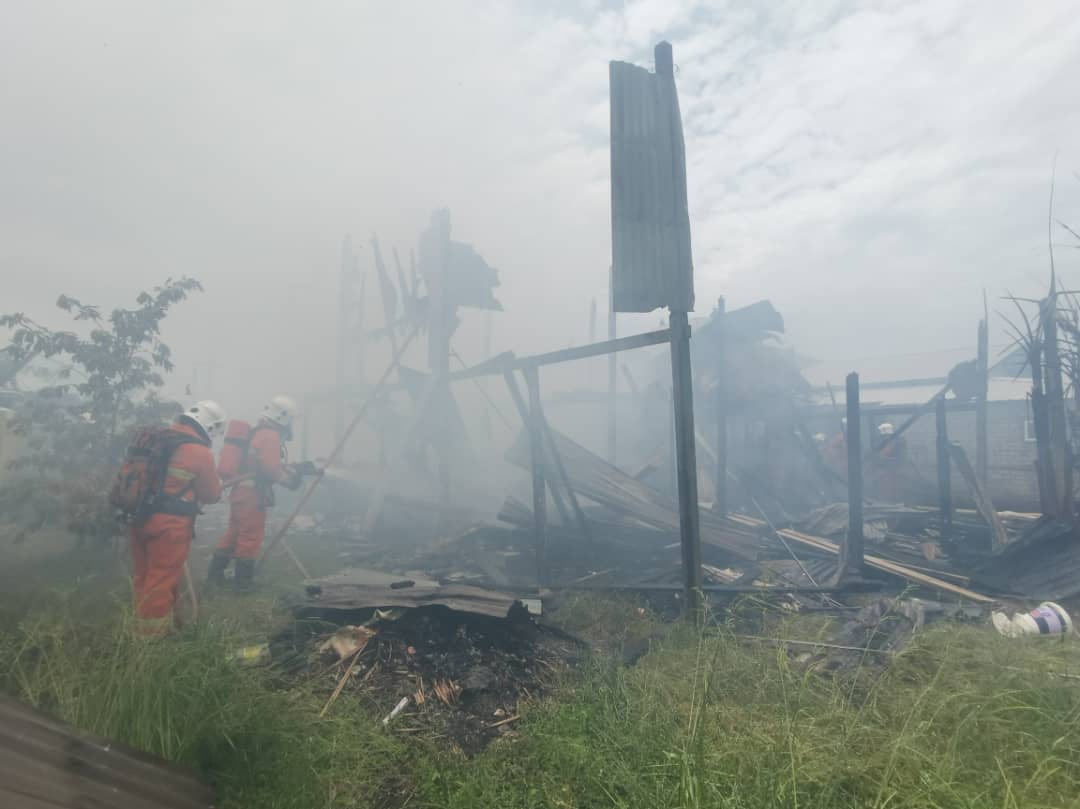 Firemen from Saratok station carrying out extinguishing works to ensure that the fire is fully doused off. 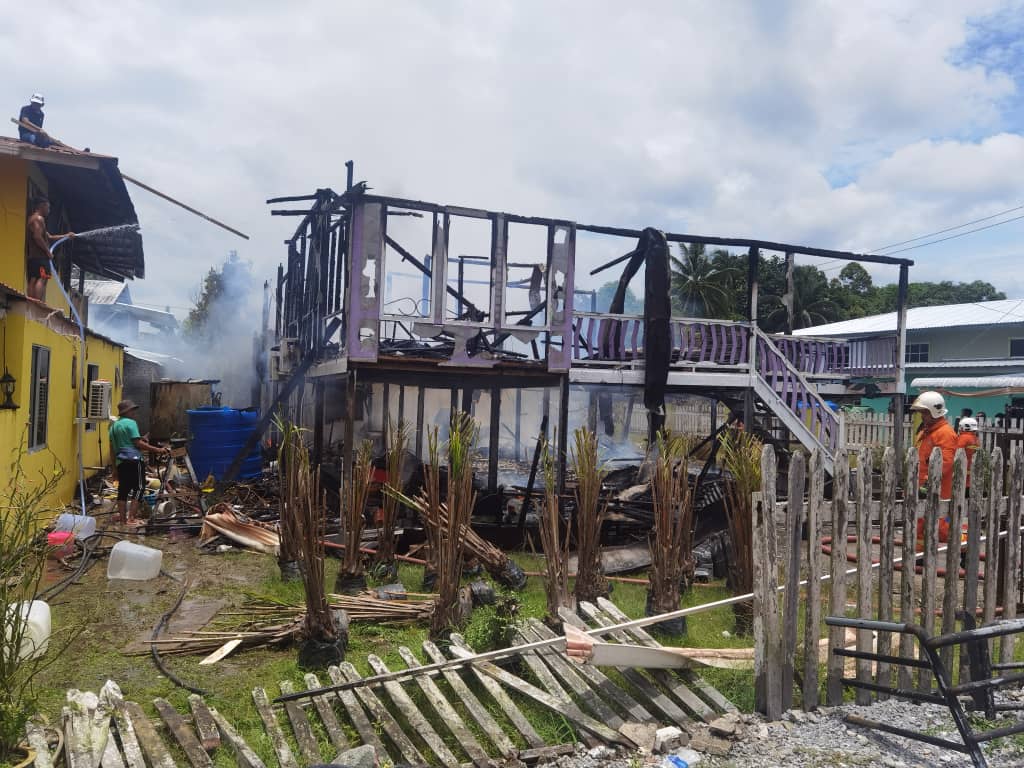 The aftermath of the morning fire in Kampung Baru Darat earlier today.