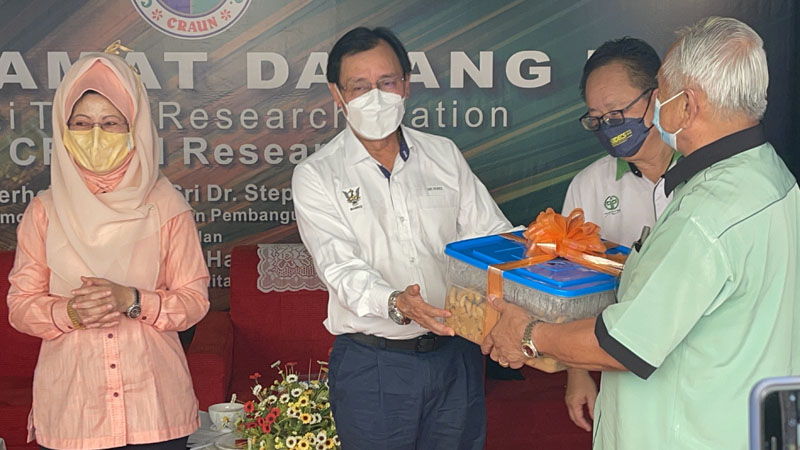 Fadillah to focus on MA63

DALAT: Farmers must use modern methods in managing and developing agricultural activities in line with the changing times.

“Our gardeners and farmers must use new ways to farm in order to reap greater produce and income. Basic facilities such as agricultural roads, drainage systems must be available, including electricity, water supply and adequate solar resources for crop growth,” she said when accompanying Minister for Modernisation of Agriculture and Regional Development Datuk Seri Stephen Rundi to Dalat to meet with sago and pineapple stakeholders at the Sungai Talau Dalat Study Station on Wednesday.

She said she was confident that the farmers and sago growers in Dalat were among those who were committed to working on the crops and sago which was clearly the identity of the people of Dalat for a long time in helping to continue the community life here.

“This sago farming is part of their identity, if for example to send their children to school, they go to the bank, not the duty machine bank but to their sago plantation to cut down and get financial resources, as well as for their children’s marriage, it has become part of their lives.
“Despite facing competition from oil palm in this area, it is acknowledged that the residents here are still loyal and still continue to plant sago until now.

“Even in Dalat alone, I believe we have six sago flour processing plants, a considerable number, and the potential of human resources in Dalat, coupled with the area of ​​sago land available, we are able to focus the industry upstream to downstream activities.

“In addition, in line with the Sarawak Government’s goal to preserve the environment, waste materials from agricultural products and sago mills can also be converted into new source of income,” she said while acknowledging Craun Research’s efforts to develop the waste into a new product.

Fatimah also took Dr Rundi to the Nipah and Sago Board Complex construction site located next to the Dalat Welfare Complex and also visited a pineapple orchard in Kampung Kut Muara Dalat.