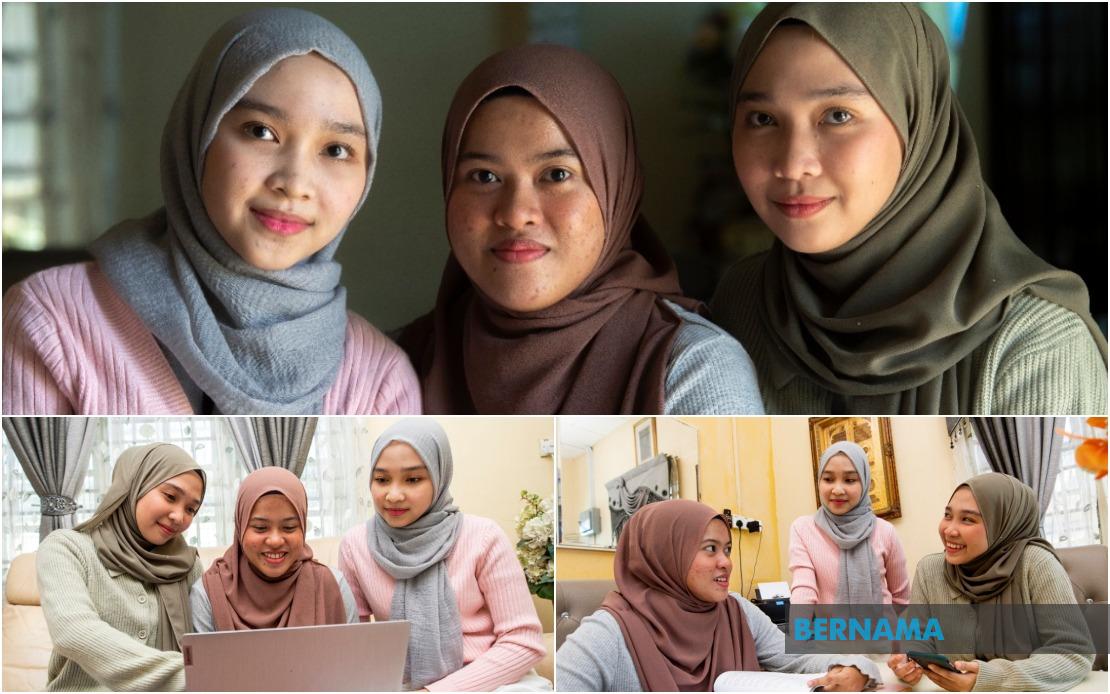 KUALA LUMPUR: A mistake, allegedly by staff of a hospital in Kota Bharu, Kelantan, in placing the name tags on two newborn babies, one of them a twin, 20 years ago, led the children being unknowingly raised by parents who are not their biological parents and taking the name of another man as their father.

The emotional impact of knowing the truth was too much for the two families to bear. It was heart wrenching for all of them, and for Noratirah, it was worst for the father she knew, Husin Omar, 64, too shock with the result of the DNA test which confirmed he was not her biological father, died due to a heart attack two months later.

She said the “test” was too heavy for him to endure after hardly two years of losing his wife, Rahmah Isa, who died in 2018 due to diabetes.

For 19 years, Adryani Iwani and Adryana Iwani have been living together as non-identical twins, not realising that they were not even biological siblings.

Adryani began having the impression that she and Noratirah are related after they discovered there are too many mutual likenesses between them and decided to go for DNA test.

After discussing the matter with their families, they went to do the test in September last year. Blood samples from Adrayani’s mother, Siti Aminah Ismail, 66, and Husin were also taken for analysis and the result revealed that Noratirah and Adrayani are 99.99 per cent twin sisters.

“I had already expected the DNA result because of the many similarities I share with Adryani Iwani,” said Noratirah, adding that she was informed the result of the DNA test by her birth mother (Siti Aminah).

“She called me and I put the phone on loud speaker so that my father (Husin) and other siblings can hear. My father broke down and cried after hearing it and then complained of chest pain,” she said, adding her father changed into a different person and was very quiet and kept to himself after that.

Prior to his death, Noratirah said Husin also told her that he was sad to not having the opportunity to meet her biological father, Ibeni Yanin Mohd Salleh, who died in 2009.

Noratirah, who is taking a Diploma in Early Child Education at the Kota Bharu branch of Kolej Poly-Tech, said she has moved in to stay with her birth mother.

“However, I still maintain ties with my siblings from my father Husin’s side, and when possible, we get together at our father’s house,” she said, adding that all of Husin’s children are married and have their own families.

“She was also worried that the truth would hurt Ana (nickname for Ardyana Iwani) and called me to her room to inform the matter. She also told me to not talk about the result of the DNA test to Ana then,” she said.

As for Adryana Iwani, she said she was sad to only get to know her biological father for two months.

“When I first met him, I had mixed feelings, happy to be able to meet my biological father, and also afraid that he could not accept me.

“I am indeed sad to know that I belong to another family after living for 19 years. What saddens me more is not being able to meet my birth mother. We suffer because of other people’s mistake,” said the UiTM graduate. – Bernama

Mustapa apologises for SOP violation, leaves it to police to investigate