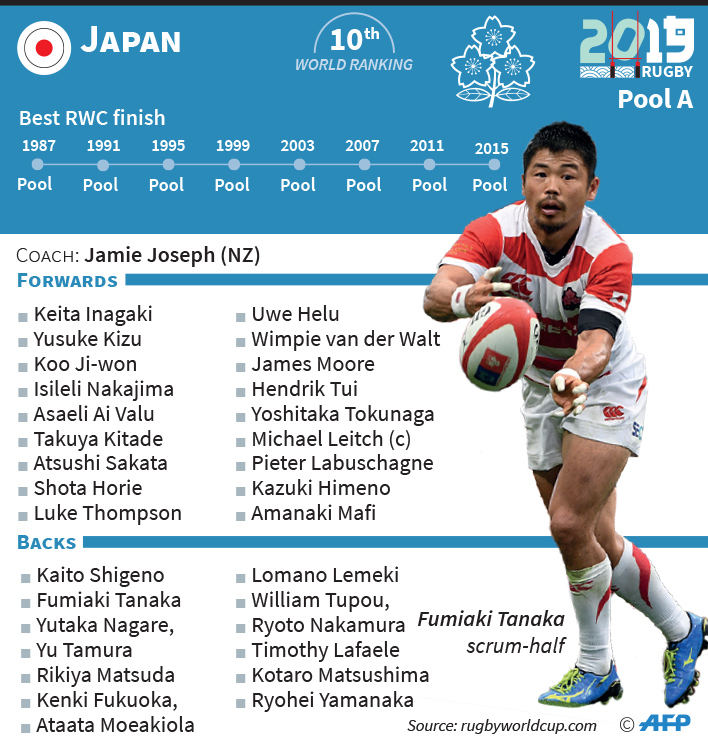 TOKYO: Coach Jamie Joseph insists Japan will have no fear after Wednesday naming a strong side to face revenge-seeking South Africa in the World Cup hosts’ final warm-up.
The last time the teams met, hitherto tournament no-hopers Japan stunned the Springboks 34-32 on the English south coast in their opening game of the 2015 World Cup — an upset of such seismic proportions a movie about it has just been released.

Adamant there will be no sequel, Joseph’s opposite number, South Africa coach Rassie Erasmus, named a full-strength side for Friday’s encounter in Kumagaya, north of Tokyo.
The return to the starting line-up of Springbok captain Siya Kolisi after injury is the only change to the team that drew 16-16 with the All Blacks in Wellington six weeks ago on the way to capturing their first Rugby Championship since 2009.

“We’re elated that coach Erasmus has picked what I think is their strongest line-up,” Joseph said after countering with a starting fifteen led by talismanic captain Michael Leitch, now recovered from a lengthy groin problem.

“It shows respect and it gives our players something to look forward to. I’ve faced a lot of questions this last week about if I think it’s a risky game before the World Cup but unless we play the best teams, we’ll never get a true measure of where we are.”

Joseph, who took over from Eddie Jones after the last World Cup, has set a target of reaching the quarter-finals for the first time and the Brave Blossoms limbered up by winning the Pacific Nations Cup over the summer.

“Obviously this is a step up,” said the former All Black, who has left out experienced hooker Shota Horie to give him time to fully recover from a neck issue. – AFP