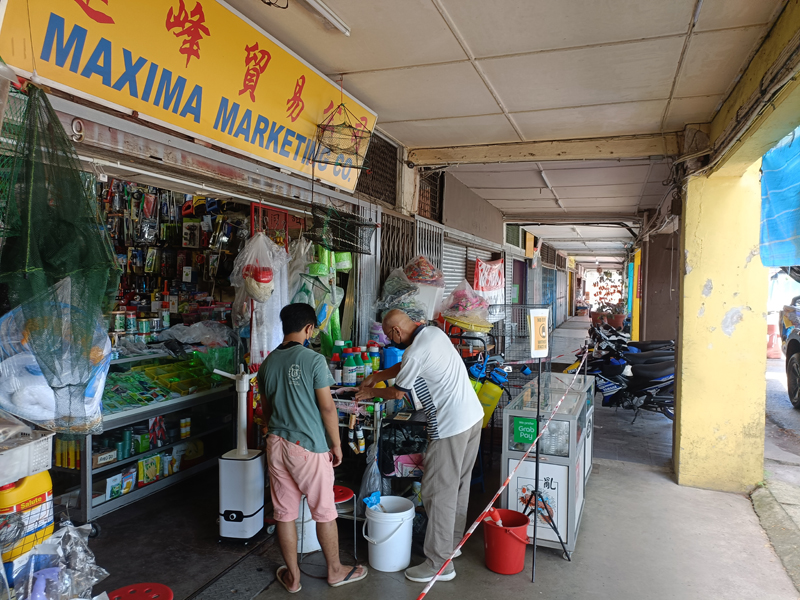 KUCHING: For a long time right up to the 1980s, it was hard for the people to reach this town, or even most towns in Sarawak, for that matter.

In fact, it was still difficult for some people, even up to the early 1990s.

Each trip was an arduous one, whether by river or by land, sometimes trekking for hours along jungle paths just to get to the main road to catch a bus. Thus, any opportunity, especially for children, to go to town with their parents was always exciting.

Fast forward to today, the roads are full of vehicles and people in and around this city can travel with relative ease to their favourite places or wherever they want.

Speaking of popular places, a big favourite since the old days is Market Street and the nearby areas, namely the narrow lane near the Brooke Dockyard, the Sarawak Transport Company bus station, taxi station, Open Air Market, Electra House, Cathay Cinema, Gambir Street where the wet market and textile shops are located.

These streets and businesses were always bustling but sadly in recent times, they have suffered from competition brought about by the outward expansion of the city and the emergence of modern commercial centres and shopping malls.

Many people have fond memories of Market Street and the neighbouring areas. Remember Apek’s stall that sold delicious mixed pork soup eaten with rice? The stall was beside a public toilet in a narrow lane and yet it was always well-patronised.

Patrons and people passing by the stall would notice the stall operator smoking while cooking his dishes, but no one minded the smoke and those who loved his food would just take their seats and placed their orders.

Recalling his memories of visiting Kuching town during his childhood, councilor Jimson Jium from Kampung Karu, Penrissen, said the area was the busiest street in Kuching during the 60s to the 80s.

“Every time I had the opportunity follow my late father down to Kuching town, using Mindos’ lorry (Mindos is the lorry driver’s name), that was in 1966 when I was only six years old. My late father and I would have our mixed pork soup and rice at the Apek’s stall.

“Forget about the unpleasant smell, just focus on your food. The mixed pork soup is delicious, which you don’t find anymore anywhere in Kuching now,” said Jimson.

A school teacher, Mat Teteng, recalled that every time he and his late father came down from his village Kampung Taba Sait in Ulu Padawan to Kuching, they never missed having their mixed pork soup with plain rice at the stall.

“I can still vividly remember that every time my parents and I were in town (Kuching) we would go and have the Apek’s mixed soup,” said Rakas from Kampung Giam.

Meanwhile, Martina Healry, 34, said it had been more than 20 years since she last visited these places.

Martina, who is now living in Labuan, said when she was in primary school, she used to follow her grandmother to sell durians at the five-foot lane on Market Street, opposite the STC bus station.

“I remember the place was busy with people selling durians and other fruits and people waiting for buses to return to their villages and homes.”

For Jeniffer Jahe, a mother to two children, the place left many memories.

“If tomorrow my mother will be going down to town to sell her durians, I will stay awake because I want to follow her and did not want her to leave me behind.

“I was very excited and willing to sit and stand on the sidewalk accompanying my mother selling her durians. That’s a memory I can’t forget,” said Jeniffer.

Jilly N. Robinson, 55, meanwhile said the narrow lane next to the Brooke Dockyard had many memories for her and her family because her late father set up a temporary stall there to sell various farm and jungle produce.

“Because almost every day my late father would operate his stall, then among the people who knew my father they would called the area Lorong Samak Morek (Morek’s father’s lane),” said Jilly.

In addition, the Open Air Market would always be filled with people enjoying their favourite food.

On Sundays and public holidays, as well as at night, these places would be where young people hang out and meet up to watch movies at Cathay Cinema.

The Electra Building was the largest shopping place in Kuching in the 70s before the opening of Kuching Plaza near Padang Merdeka, formerly Central Padang.

A sundry shop owner who requested anonymity, said business was bad there, adding that unlike in the past, now only a few people would go there to shop.