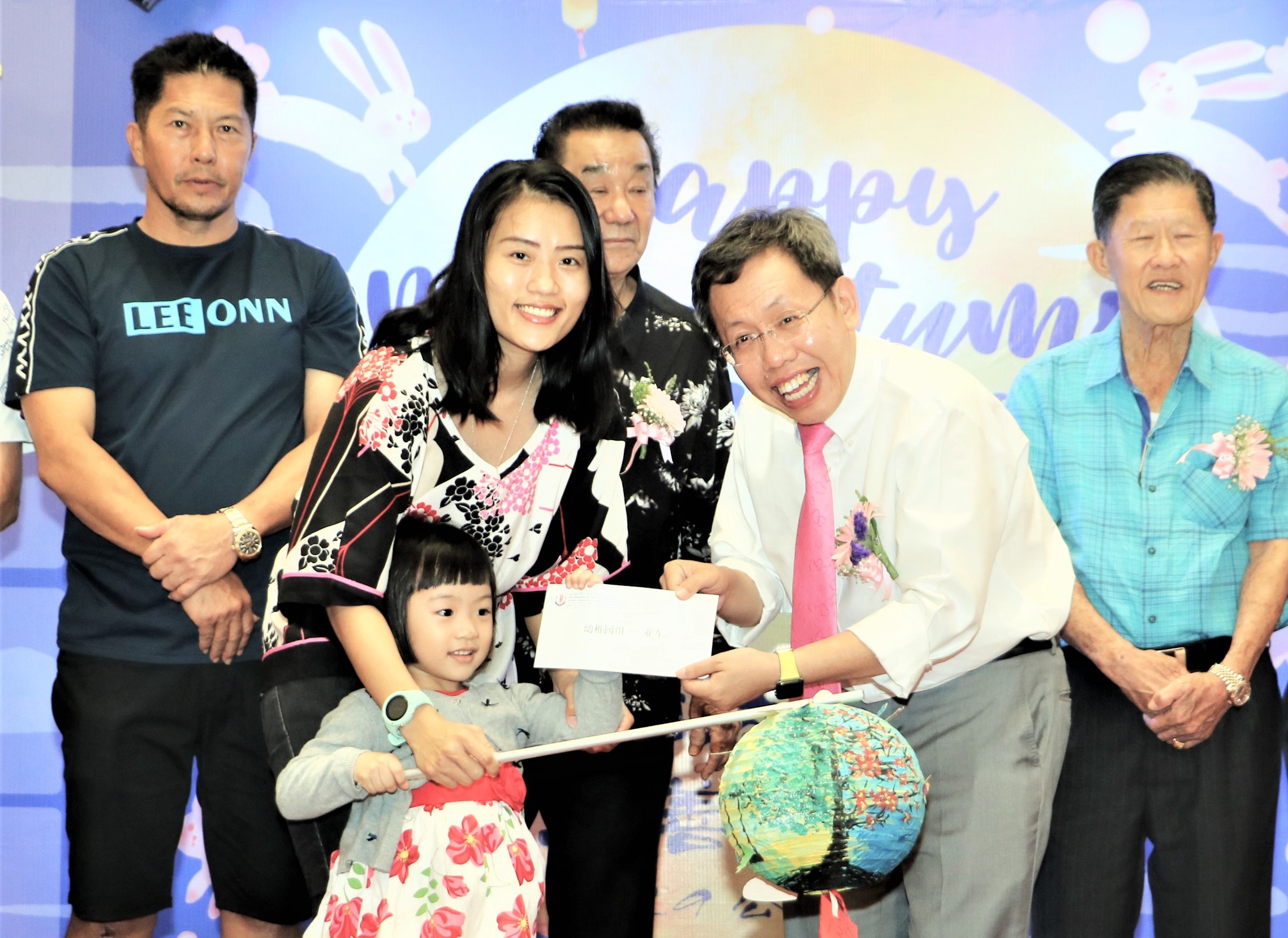 KUCHING: The winners of the lantern colouring and lantern making competitions, organised by the Federation of the Chinese Associations of Kuching, Samarahan and Serian Divisions, received their prizes during the launch of the Mid-Autumn Festival at Aeroville Shopping Mall here, Sunday night.

The organising chairman, Lawrence Soo Kie Lung, who is also the federation’s youth wing chairman, was delighted with the response — 65 groups of parents and children took part in the lantern colouring contest.

He hoped that such activities would cultivate the interest of preserving culture in the younger generation.

In the lantern colouring and decorating contest, the team of Ngu Lih Hui and Jong Jia En won the first prize in the kindergarten category, with Hiew Lee Chea and Chong Li Xiang coming in second and Chen Boon Kiaw and Cheh Hock Luis, third.