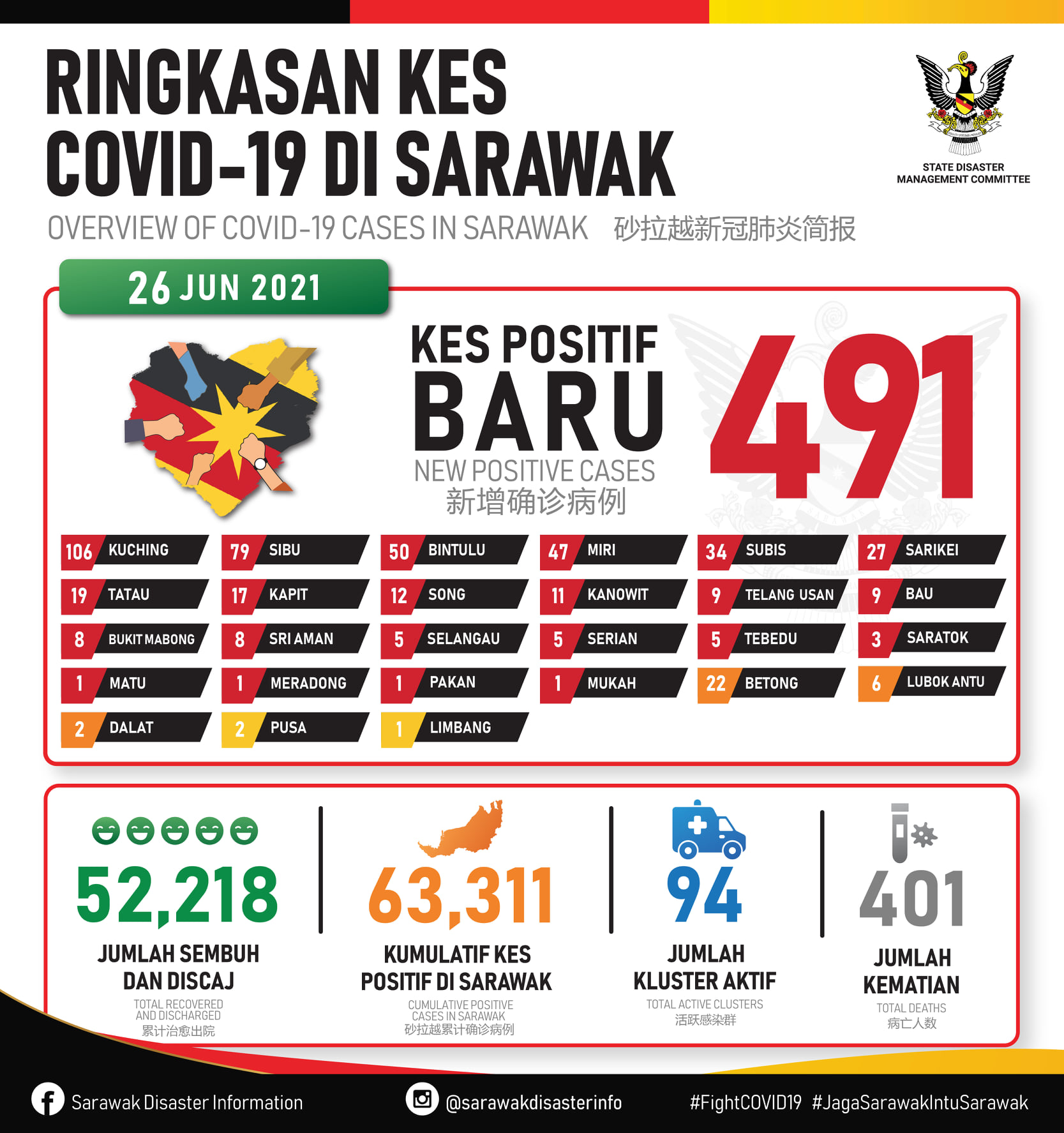 Pusa and Dalat recorded two cases each while Matu, Limbang, Meradong, Pakan and Mukah recorded one new case each.

Fifty-two out of the 491 cases were individuals who were symptomatic during the Covid-19 screening.

There were 421 new recoveries and discharges from hospitals statewide today (Saturday).

These bring the number of recovered and discharged cases so far to 52,218 or 82.48 percent of the total number of cases in Sarawak.

There are 10,545 individuals still undergoing treatment at PKRC and hospital isolation wards in the state.