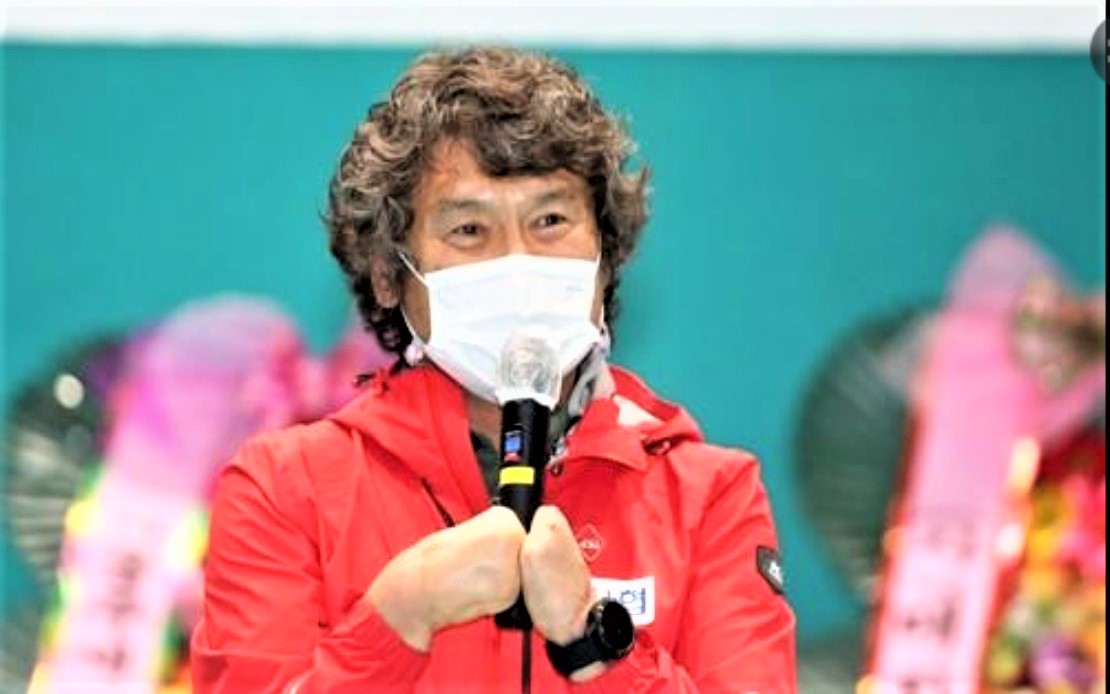 SEOUL: A fingerless South Korean mountaineer has climbed all of the world’s 14 highest mountains in the Himalayas, a local alpine club said Monday, becoming the world’s first person with a disability to accomplish such a feat, Yonhap news agency reported.

Kim Hong-bin reached the summit of the 8,047-metre-high Broad Peak, located in Pakistan’s Karakoram Range, at 4.58pm Sunday (local time), conquering all of the world’s tallest Himalayan peaks, according to the Gwangju Alpine Federation in the southwestern city.

With the feat, the 57-year-old Kim, who lost all of his fingers to frostbite about 30 years ago, has become the first disabled person in the world to climb all 14 eight-thousanders in the Himalayan and the Karakoram ranges. Kim has become the world’s 44th and South Korea’s seventh person to summit all 14 peaks, the alpine club noted.

It said a team of six mountaineers, including Kim, left for the Himalayas on June 14 and set up a base camp at a 4,800-meter location of Broad Peak on July 14. Kim’s team initially experienced difficulties due to bad weather but managed to reach the peak after four days of full-scale climbing.

The expedition was originally scheduled for last year but had been postponed due to the Covid-19 pandemic.

Kim reportedly lost all 10 of his fingers due to frostbite while climbing up the 6,194-metre-high Mount McKinley, the tallest mountain in North America, in 1991.

But he overcame his disability with an indomitable will and a fighting spirit to become the world’s first disabled person to conquer the highest mountains on the seven continents.

Kim reportedly said he hopes his success will give encouragement to all South Koreans exhausted by Covid-19. – Bernama