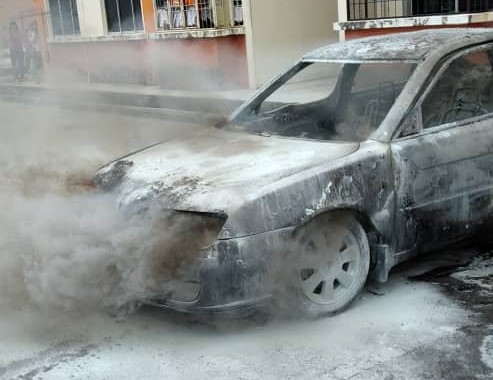 SAMARAHAN: A parked vehicle was completely burned in a fire Friday afternoon at Taman Vista Ilmu.

Before the arrival of firefighters, the vehicle’s owner was assisted by the public to put out the fire using 6 units of dry-foam fire extinguisher but had failed to extinguish the fire completely.

Firefighters immediately put out the fire using an auxiliary stream and the situation was brought under control.

There were no casualties during the fire.

KUCHING: A new form of assistance will be announced...

SIBU: Police have arrested a local man suspected of...

No plans to join any party; willing to work with everybody and anybody

See Chee How ready for legal action from PSB