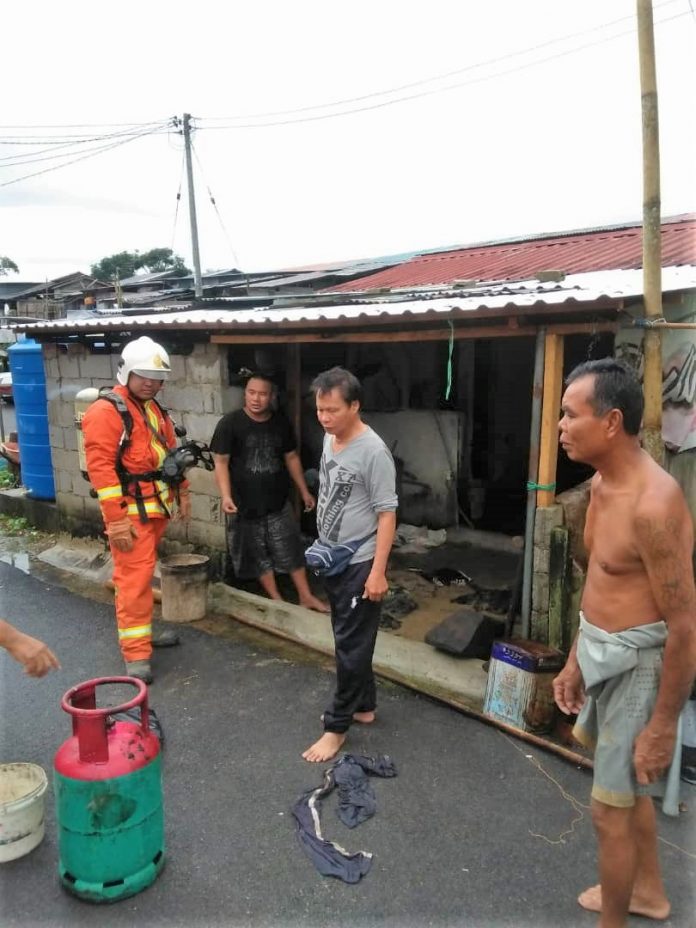 SIMUNJAN: A fire caused by a gas cylinder was successfully put out by a homeowner early yesterday.

The incident occurred at 6.40am at Rumah Panjang Kampung Kuala, Gedong near here.

According to state Fire and Rescue Department (Bomba) officer PBK II Willian Boni Alah, the Serian fire and rescue station received an emergency call regarding the incident and a team of eight firefighters led by Willian himself rushed to the scene.

Upon arrival, the fire had been put out by the homeowner. The gas cylinder’s head was on fire and the homeowner used a piece of wet cloth to extinguish it by covering the head.

The firefighters later made sure that everything was secure before leaving.