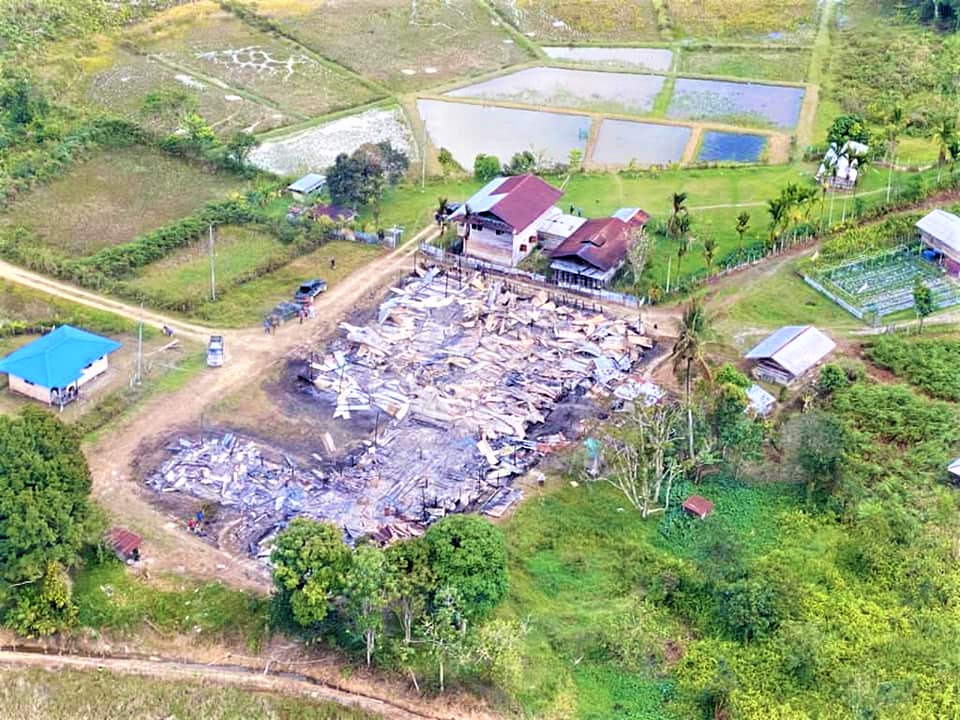 He said a committee would be formed to oversee the rebuilding of the longhouse.

“Today (Mar 19), I went to Bario to visit Pa Derung longhouse, where a fire that occurred in the early hours of the morning, left 21 villagers homeless.

“During my visit, I handed over food packages and essentials to the victims including cash assistance of RM10,000 from myself, and RM10,000 from Baram MP Anyi Ngau for purchasing essentials such as kitchen utensils, mattresses, blankets, among other things,” he said in a Facebook post after visiting the fire victims on Friday.

He was accompanied during the visit by the village chief Caleena Pasang and Penghulu Robertson Bala, whose house was also destroyed in the fire.

“Those who have lost their homes are currently staying with relatives or at their farm huts. I have advised them to list down all official documents such as their birth certificates, ICs, passports, bank account books, gun licences, other valuables, and items lost in the fire to be included in their police reports. This will enable them to get replacements,” he said.

Gewarat, who is also the State Legislative Assembly (DUN) Deputy Speaker said that the fire department was currently investigating the cause of the fire.

He conveyed his appreciation to the Malaysian Armed Forces (ATM), Bomba, State Welfare Department, police, local headmen in Bario including the Miri City Council for assistance given to the fire victims.

“Most of all, I am thankful to God that everyone sleeping in the longhouse when the fire occurred around 1.30am is safe, and nobody was injured,” he said.

In another post, Gerawat appealed to public and non-governmental organisations (NGOs) for donations in cash and kind to will assist the affected families.

For cash donations, contributions can be sent to the Village Development and Security Committee (JKKK) Pa Derong at its Public Bank account 5002-5059-11. They can also be contacted at 013-8342906.