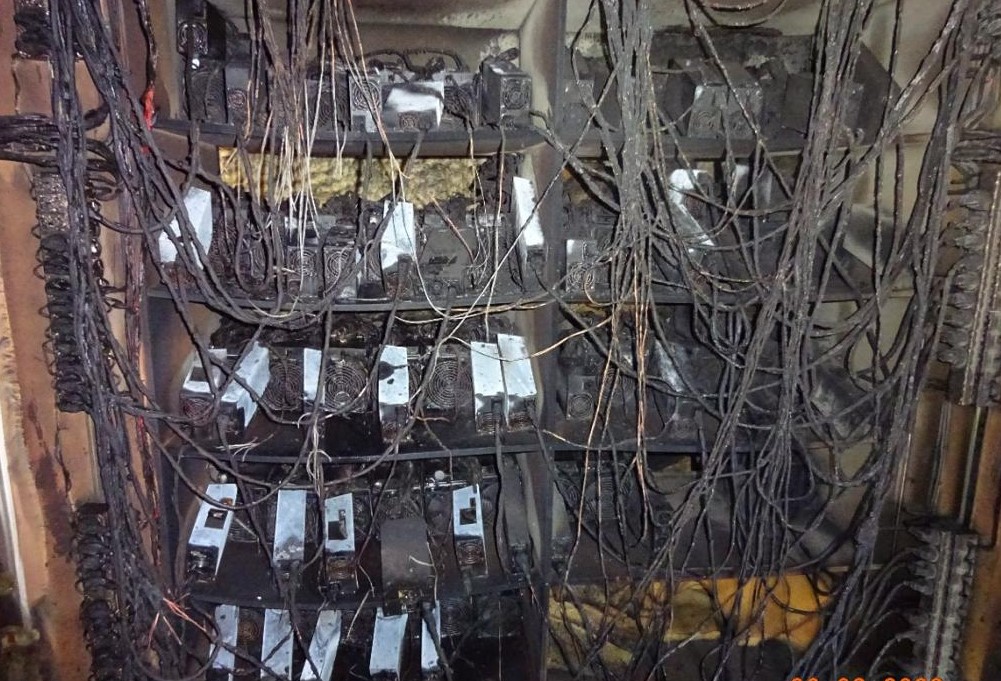 MIRI: Firemen who responded to a distress call had a shock when a rented double-storey commercial unit in Permyjaya here turned out to be a cryptocurrency mining centre stealing electricity.

Sarawak Energy was alerted and the utility firm disconnected power to the premises for safety reasons.

The firefighters managed to put out the fire and what greeted them were 48 units of burnt cryptocurrency mining servers.

“Non-standard fuses and illegal wiring connections commonly used in power theft can easily overload the electrical system capacity, increasing the risk of short circuits, appliance damage, fires and even loss of lives in addition to disrupting the stability of power supply in the area.

“We estimated to have incurred losses of more than RM13,000 per month in unregistered electricity consumption from this case.

“A police report has been lodged. Both the premises owner and the tenant will be called to assist in the investigation,” Sarawak Energy said in a statement yesterday (March 11).

The utility company reminded the public not to trust service providers claiming to be able to reduce electricity use or allow premises owner to enjoy unlimited usage of electricity through meter tampering.

“Landlords are also advised to be mindful of their tenants’ activities and have their power utility accounts registered under the tenant’s name to avoid being implicated in power thefts at the rented premises.

“Electricity theft is a criminal offence under Section 33(5) of the Electricity Ordinance, which carries a penalty of up to RM100,000 and or five years’ jail if found guilty.

“The public may report any suspicious activities related to power theft and on service providers claiming to be able to reduce electricity use by contacting Sarawak Energy’s customer care centre at 1300-88-3111 or email at customercare@sarawakenergy.com,” said Sarawak Energy.

All information received will be kept strictly confidential, the utility company assured.