SIBU: The Bawang Assan Community Hall was used as a venue for a mobile vaccination programme for rural residents today (Saturday).

Senator Robert Lau Hui Yew, who visited the venue to monitor the vaccination process, said the mobile vaccination unit was the first in Sibu for the rural folk.

Lau, who is also the Sarawak United People’s Party (SUPP) chairman of Bawang Assan Branch, explained that the mobile vaccination team was set up by the Sibu Divisional Health Department.

He said it could dispense up to 500 doses a day.

He further explained that the mobile team would vaccinate the residents of several longhouses in the area today.

According to him, in Bawang Assan, there are also 10 Chinese villages.

Lau described the establishment of the mobile team as very timely, adding that the vaccination process was also being carried out in most urban areas.

He said Sibu would be able to achieve its target of vaccinating 70 percent or 190,000 of its population by the end of August if it received a continuous supply of vaccines.

“I heard from the Divisional Disaster Management Committee (DDMC) Sibu Coordinator Dr Annuar Rapaee that we  received more than 19,000 doses of vaccines on Friday (June 11).

“We hope Sibu can receive the same amount every week because our current target is to vaccinate the people with 37,000 doses a week,” he said.

Lau pointed out that if Sibu could vaccinate its people with 37,000 doses a week, the target of achieving cluster immunity in Sarawak could be achieved by the end of this August.

He said the health department was currently improving the vaccination process.

“The party has also opened a Vaccination Centre (PPV) at the Lanang Health Clinic and Sibu Jaya and both can give up to 200 doses per day.

The PPV at the Sibu Indoor Stadium, Lau added, had shown that it could provide between 1,300 and 1,400 doses of vaccines a day  five days a week. 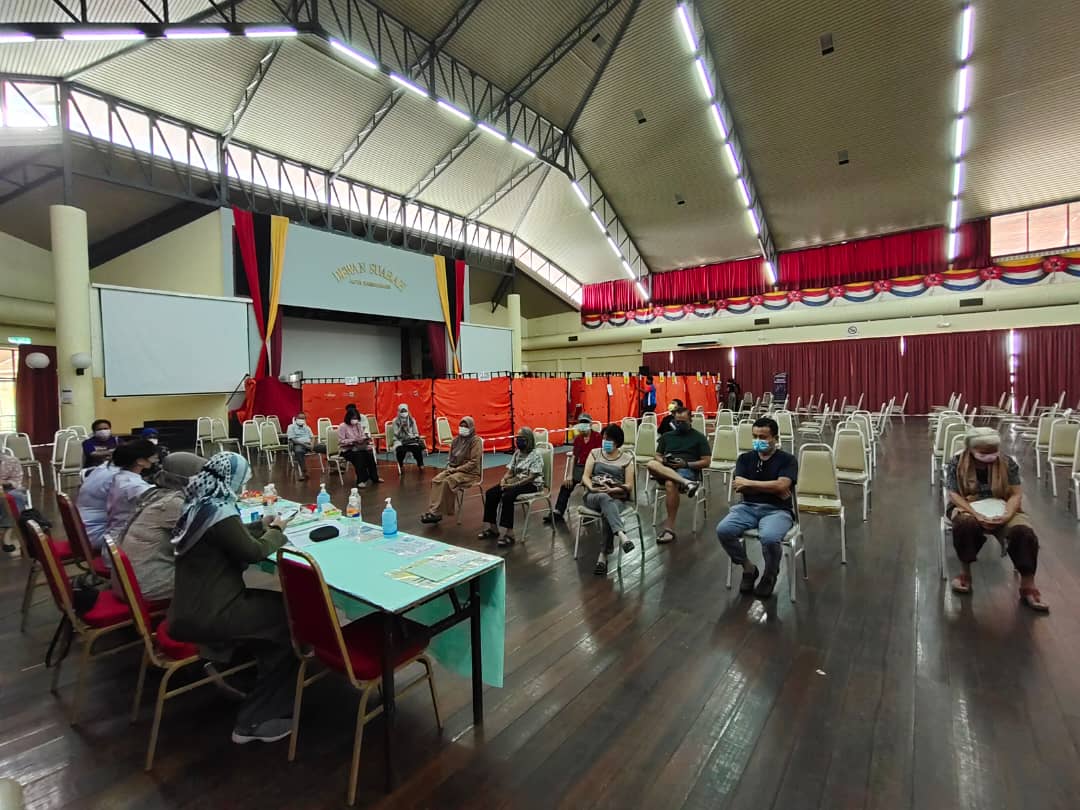 Many have not registered for jabs in Dalat