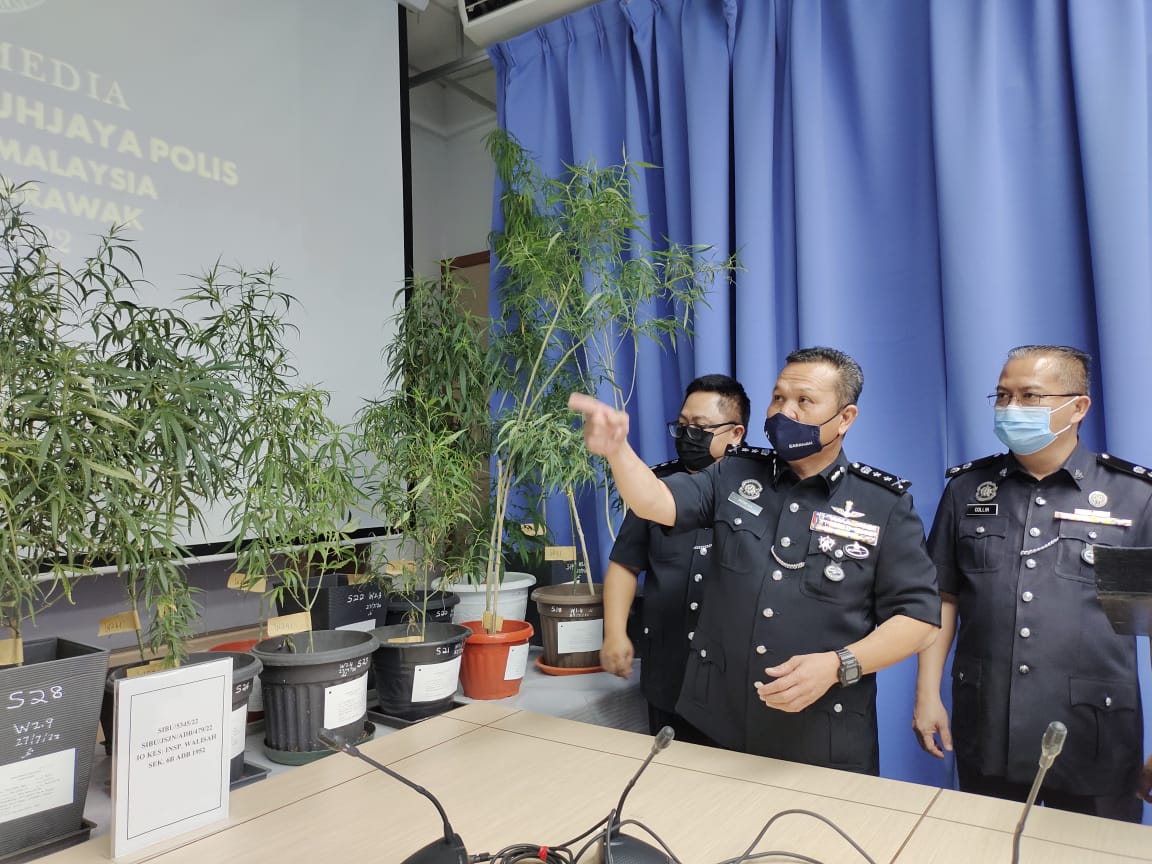 SIBU: Police arrested five suspects, including two foreigners, at a farmhouse for allegedly cultivating 34 pots of cannabis plants worth about RM56,346 in Sungai Bidut yesterday.

According to Deputy Commissioner of Police Datuk Mancha Ata, their modus operandi was to turn the vegetable garden involved into a site for growing marijuana to avoid detection by the authorities.

He said that the suspects were detained in a raid conducted by the Narcotics Criminal Investigation Department (JSJN) between 7.30 am to 3.30 pm on July 27.

“Police arrested two men and three women and seized marijuana trees worth RM56,346.  A vehicle worth RM40,000 was also confiscated from them,” he said at a press conference today.

Mancha also said that the suspects, aged between 29 and 59, were a local man and two local women while another man and a woman were foreigners.

“All suspects have no past criminal records either for drug or crime.

“A local male suspect has been tested positive for Tetrahydrocannabinol (THC) drug while the other four were negative,” he said.

“The five suspects had been ordered by the Magistrate’s Court on Thursday (July 27) to be remanded for two days until tomorrow (July 30).

“If convicted, the suspect involved can be sentenced to life imprisonment and a minimum of six lashes,” he stressed.