KUCHING: Five new community clusters were declared in Sarawak on Thursday (Aug 5) – two each in Kuching and Lundu as well as one in Tatau.

Information on each of the new clusters

“A total of 1,084 people has been screened, whereby 352 including the index case tested positive, 372 tested negative, and 360 are awaiting results,” they said in a statement on Thursday.

They said the Kampung Bintawa Ulu Cluster in Kuching, a community cluster, involved a village under the EMCO in the Bintawa, Petra Jaya area.

“A total of 125 people has been screened, of which 72 including the index case tested positive, 53 were found negative, and 10 new cases were reported today (Thursday).”

On the Kampung Sebat Melayu Cluster, they said this community cluster involved a village located at Jalan Lundu-Sematan in Lundu.

“A total of 141 people has been screened, whereby 39 including the index case tested positive, 102 tested negative, and seven new cases were reported today (Thursday).”

SDMC said the Kampung Pueh Cluster was a community cluster involving a longhouse also located at Jalan Lundu-Sematan in Lundu.

“Twenty-five people have been screened, of which 12 including the index case tested positive while 13 tested negative.”

“A total of 63 people has been screened, whereby 19 including the index case tested positive, 44 are still awaiting results, and 18 new cases were reported today (Thursday).”

With that, Sarawak has 90 active clusters as of Thursday.

Declaration, extension, and end of EMCO

SDMC declared that the EMCO will be enforced at four localities in the state.

The committee also announced that the EMCO at three localities in Beluru District would be extended to last from Aug 6 to 12.

It was also announced that the EMCO at Rh Bat/Doris, Simpang Koko in Sarikei District and Workers’ Quarters, Ramawin Sdn Bhd, Kemena Industrial Estate in Bintulu District had come to an end on Aug 5.

SDMC said Beluru District changed status from orange to red on Thursday after recording 41 local infection cases in the past fortnight.

“Bukit Mabong District has regained its green status as no new local infection cases have been reported in the last 14 days.”

As such, Sarawak has 19 red districts, seven orange districts, nine yellow districts, and five green districts as of Thursday.

Hungry Ghost Festival to go ahead under strict SOP 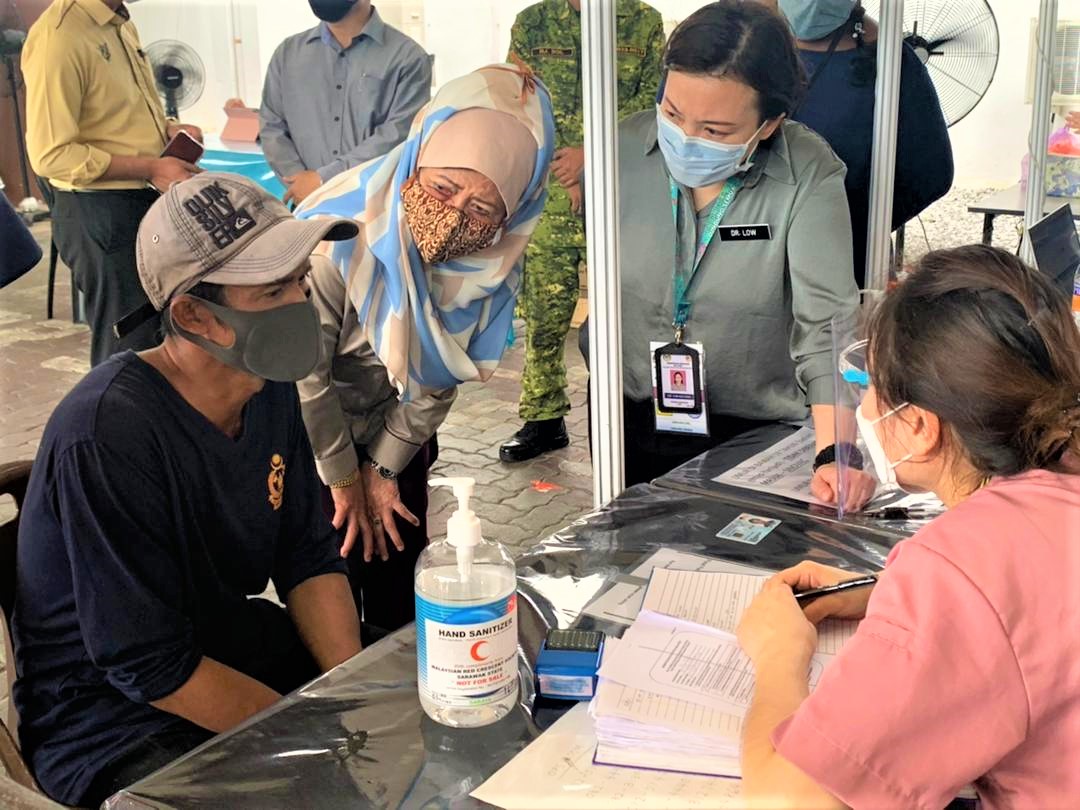