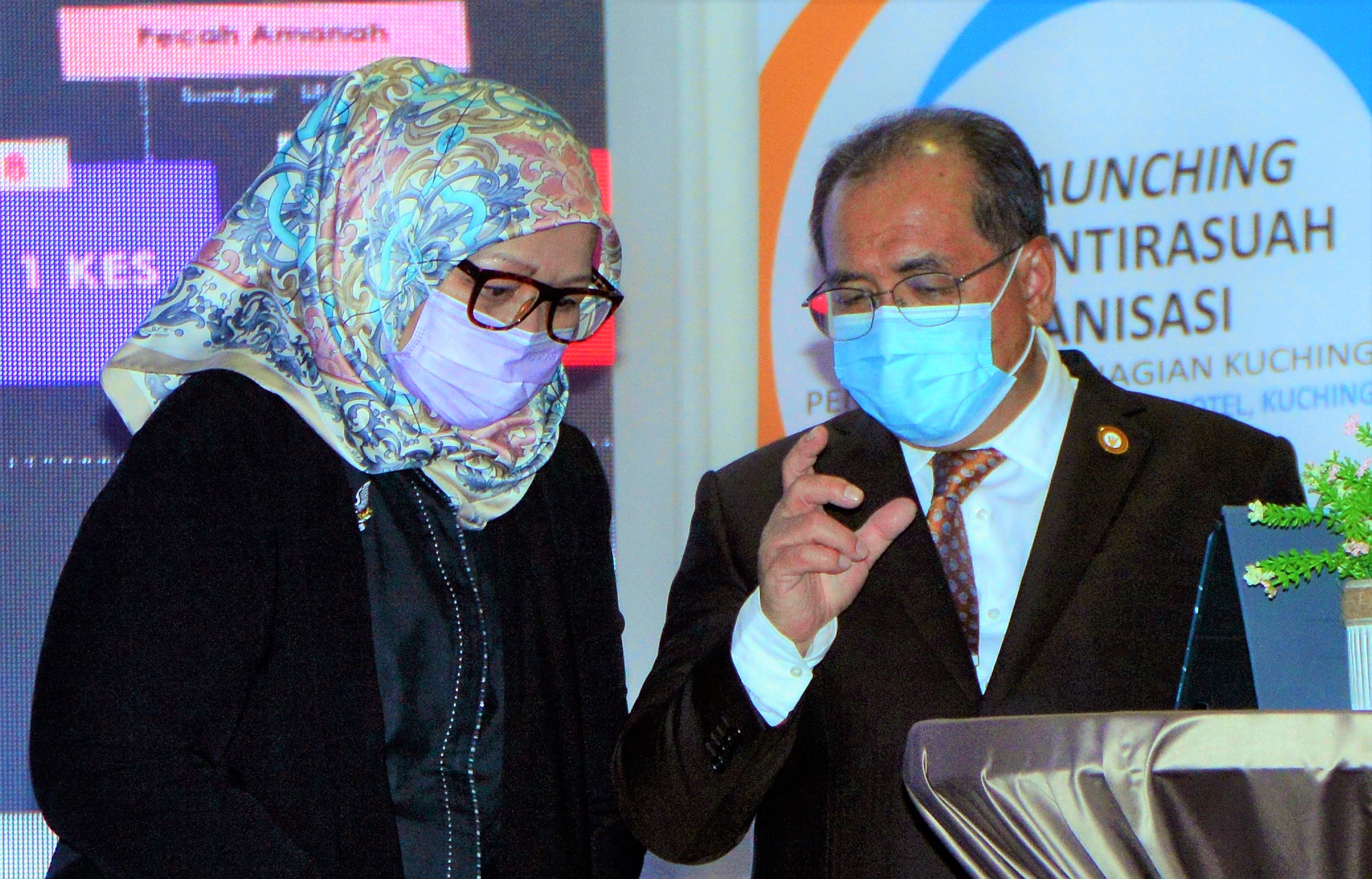 Kuching Resident Sherrina Hussaini added that the OACP was developed for both short and long term, including the five-year transition period.

She was speaking at the soft launching of Kuching Division Administration OACP here on Wednesday (April 15).

“The OACP is a blueprint and road map for fighting corruption among civil servants.

“In addition, there are four concepts or procedures in the implementation. This includes top management engagement, corruption risk appraisal, systematic supervision and review as well as enforcement execution of internal control mechanism in the organisation.”

Sherrina also said that values such as accountability, honesty and good governance were vital and must be upheld by all members of the organisation to curb corruption.

She praised members of the organisation for their involvement in the preparing and planning of the OACP.

“Everyone’s engagement, involvement and support contributed to the success. As civil servants, it is crucial that we are free of corruption no matter where or what position we hold.”