SARIKEI: Food assistance during this challenging time is a very much welcomed effort in easing the difficulties faced by families, especially those in areas under restrictions.

In line with the state government effort to reach out to the populace Repok assemblyman Datuk Seri Huang Tiong Sii recently distributed food aid under the Sarawakku Sayang Special Assistance (BKSS) 6.0 package to numerous longhouse residents, especially the B40 group and the needy who are affected by the movement control order (MCO).

On top of that, being a caring and concerned leader, he also personally provided food aid contributions to several longhouses placed under the enhanced movement control order (EMCO).

On Monday, food aid under BKSS 6.0 was distributed to 1,000 household heads (KIR) at longhouses within Zone B of Repok.

Today Huang personally covered the provision of food aid to longhouses under lockdown, including Rumah Didong, Bayong which has been placed under the EMCO from June 6 to 22.

Similarly, food aid was also delivered to five households comprising 20 residents of a longhouse, namely Rumah Ayu, Sg Rusa, which has been placed under the EMCO from June 7 to 23.

Kapitan Ling Dien Yong represented the assemblyman during the two days in delivering the food aid to the longhouses, which was in the form of essentials such as rice, sugar, salt, flour, cooking oil, instant noodles, eggs, and Milo.

Huang urged the people of Sarikei including the longhouse folk to cooperate with the government in complying with the standard operating procedures (SOPs) during this MCO period, such as wearing face masks and practising physical distancing, in order to curb the spread of Covid-19.

“Preventive measures must be implemented well; take care of your health as well as that of your family members to avoid being infected by Covid-19,” he said, expressing concern over the rising number of Covid-19 cases in the Sarikei area.

He expressed appreciation towards Sarikei division Resident Felicia Tan Ya Hua, Sarikei district officer Christopher Ranggau, all civil servants, and all frontliners including medical officers, police, Fire and Rescue Department (Bomba) personnel, and members of the People’s Volunteer Corps (Rela) who have been doing their best during this pandemic.

He also expressed gratitude towards Chief Minister Datuk Patinggi Abang Johari Tun Openg for announcing the BKSS 6.0 package to continue providing assistance following the implementation of the MCO, effective May 29 to June 11 and then extended to June 14.

Huang hoped that the measures under the BKSS 6.0 package, for which the Sarawak government allocated RM1.4 billion, would be able to ease the burden of the people. 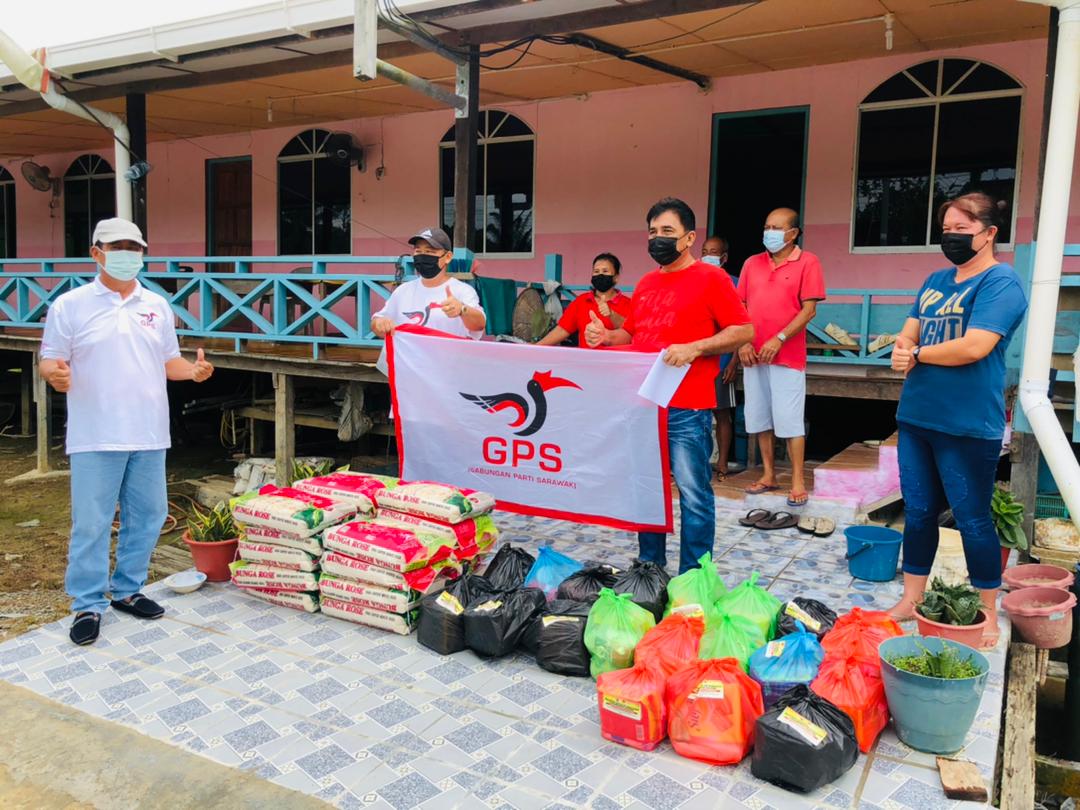 Food aid for 3,571 in Padungan constituency