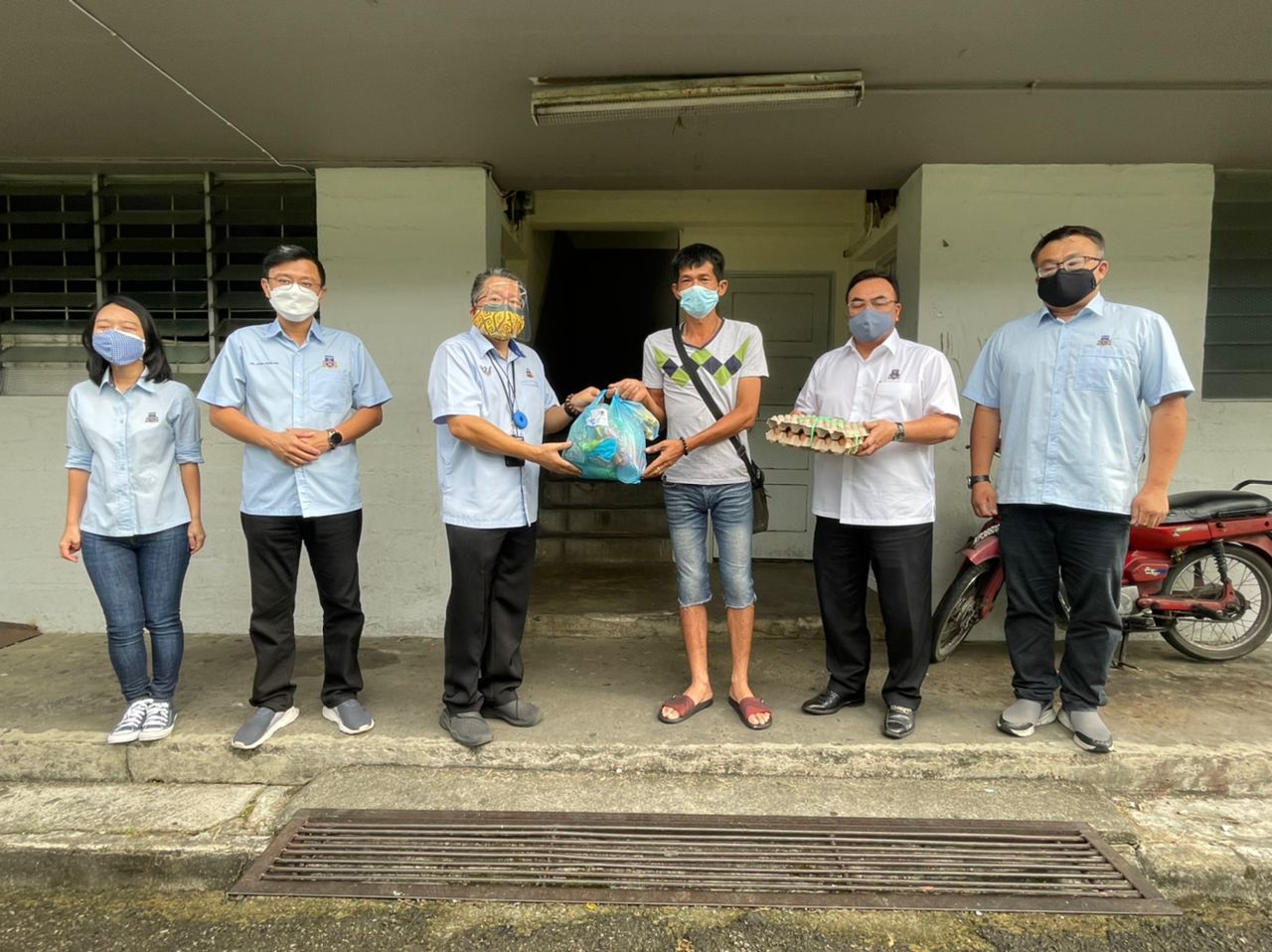 MBKS mayor Datuk Wee Hong Seng revealed that this is their fifth and final donation before welcoming the festive season (Christmas celebration) in December.

“We are still providing food aid because these people live in urban areas but are still experiencing some setbacks in life, such as not being able to work, some have retired, and some may rely entirely on money from children, pension, and so on.

“MBKS has given food aid to all families in the area, with the same amount given to each family, and not to forget, the sponsor for the food aid working with us is Everrise, which has been assisting us greatly in terms of the food provided,” he told the media at a simple handover ceremony of basic food aid to KMC tenants on Thursday (Nov 18).

Wee said since becoming mayor in 2019, he had reached out to the entire needy community in order to create a caring society.

“During the Covid-19 pandemic, councillors were not only involved in sending food aid, but also helped set up vaccination centres, among many others.

“These are the things that you can actually see during this difficult time; unity is very important, and I believe that through unity, we can gather people to face through all of the difficulties together.”

In response to the accusations levelled by various parties on Facebook, Wee said he had always been a target for whatever reason, but that it is unimportant to him because his main concern is the people.

“I am here to serve, and I do not care what others think of me. As far as I am concerned, we just want to do the right thing.

“We cannot deny that there are minor details that we may have overlooked, nothing is perfect, but we are doing our best.

“Whatever we are doing now, the council has been playing their part and role in assisting the people. We cannot promise we will cover everyone, but we will ensure that no one is left out.”